What is reddit's opinion of The ToHo Godzilla Collection - Volumes 1 & 2 (13-Movie Collection)?
From 3.5 billion comments
As an Amazon Associate I earn from qualifying purchases. 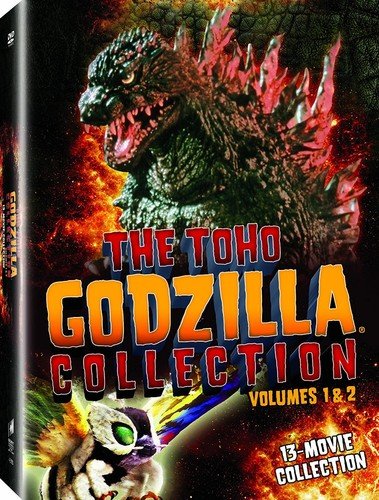 This product was mentioned in 7 comments, with an average of 3.00 upvotes

There is, unfortunately, no super easy way to answer this. Godzilla rights in the US are spread out over a bunch of different companies. The Japanese series is divided into 4 eras, which I will deal with in order.

The Criterion Channel has most, though not all, of the Showa era films. They used to be streaming through Starz as well, but I’m not sure that’s still the case. You can get a free trial there. For the Showa films it’s missing, like the first Godzilla vs Kong, vs Gigan, and vs Hedorah, probably either check your local library or buy em. I have a suspicion/hope that Criterion will put out a complete Showa boxset eventually, but who knows when. This is what I would recommend, as the Showa era is my favorite. Includes the original Gojira, and gets crazy as it goes on.

For the Heisei/Millennium era films, those double features from Sony are actually your best bet, if you want them in HD. If you get them all, you’ll cover the whole Millennium period and most of the Heisei. You can also get the “Toho Godzilla Collection ” on DVD, which includes all of the Sony Godzilla films plus the Rebirth of Mothra trilogy. These are also available for digital purchase. There are 2 Heisei films not in that set; The Return of Godzilla and Godzilla vs Biollante. The first is available on blu-ray or DVD, but the latter is out of print.

The Reiwa era is the current stuff. Shin Godzilla, the most recent live-action Japanese film, is streaming on Showtime, and is also available for purchase on Blu-Ray/DVD/digital. There are also 3 Godzilla anime films on Netflix, not the best imo.

Lastly, the American productions. The ‘98 “Godzilla” is streaming on SyFy and recently got a 4K release. Godzilla 2014 is not streaming anywhere, but you can buy it.

Hope this helps! Try out the Criterion Channel, it’s well worth it.

While I sadly can't help with the Showa movie collection, this set on Amazon contains every Heisei and Millennium Godzilla movie, with the sole expections being Godzilla vs. Biollante and Rebirth of Mothra three.

No, he's not wrong. There is a DVD collection that has almost all of the Heisei and Millennium era films, it's just not by Criterion. Sony owns (for now) the rights to most of the Heisei films and all of the Millennium films, so this is a collection by them that has everything they own. The only films missing are Return of Godzilla and Godzilla vs Biollante. Return of Godzilla is easy to find, Biollante is out of print and ludicrously expensive.

Sony is apparently letting go of their rights to the Godzilla films, so a couple of the Heisei films they owned have already gone out of print, which is why this collection is becoming more expensive. A few years ago this set was around $40. I would act fast on this before everything in it goes out of print.

You could get him something like this Toho Godzilla Collection it comes with about 13 movies at a pretty decent price range. Or since he grew up watching them he probably watched some of the Showa movies so you could pre order the Showa Godzilla Criterion set that has every Godzilla film from 1954-1975. Or you could also buy Godzilla: King of the Monsters which comes out on the 27th this month.

Not sure if it's exactly what you're looking for, but has the majority of the era.

ok I'm trusting you on this, what about this one does this have both English and Japanese audio tracks? https://www.amazon.ca/ToHo-Godzilla-Collection-Volumes/dp/B01JZKXCO6/ref=tmm_dvd_title_0?_encoding=UTF8&amp;qid=&amp;sr=

There's a couple of things: I've seen colorized versions of the original movies and they would colorize him green.

Scroll about halfway down the article to the picture of a green GodZilla with the caption 'The original Godzilla. TOHO' [link]

Or the Toho DVD collection: [link] He is green on the cover.

He is basically a giant lizard and your brain wants him to be green in the old black and white movies. Even in the later ones, his gray suit has a slight green tint to it. Or, in the 1998 film that ALOT of people are familiar with, he is green. 2000 obviously came after 1998, so Toho was trying to capitalize on that.