What is reddit's opinion of The Wire Season 1?
From 3.5 billion comments
As an Amazon Associate I earn from qualifying purchases. 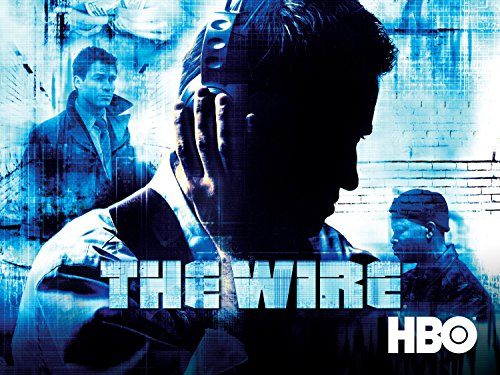 This product was mentioned in 3 comments, with an average of 2.33 upvotes

>The Wire looks good, but where would I even watch it?

Amazon, HBOnow, DVD, Bluray, and about a million other less legitimate places...

>Let's argue this with facts.

>Here is some anecdotal evidence I have.

>I don't understand what the "Race Gap in Police Departments" infographics show to you.

The point isn't that any sort of racist policies are keeping minorities from becomes police officers, at least not directly.

The point is that humans are pretty well wired to protect their in-groups at the expense of out-groups. It's not something that can't be overcome (obviously), especially in low-stress environments, but over a long period of time and in high-stress environments manifests itself. (I'm having a hard time finding my source on this, it was a recent scientific study that was reported I think in the New York Times.)

It also affects how those policed see the officers doing the policing. If you're a young black kid and you've only ever seen white police officers, it affects you in a different way than if you've seen people who look like you.

So you can easily imagine that a black patrolman and his white partner would have a different experience patrolling mostly-black areas (e.g. Detroit or Baltimore) than two white patrolmen, both in how both groups behave towards citizens and how those citizens behave towards them.

And that's not to say that putting two white police officers together is irresponsible, necessarily, or a recipe for disaster, but it's more likely to end badly and small things matter in areas as large as cities and timelines that run for decades.

>...[T]raffic stops and the racial gap in sentencing are at least partly understandable in terms of the significantly higher rates of crime in those minority groups.

It's worth pointing out that since the advent of "broken windows" policing in the 90s (I can't get the link to work, but there is an episode of NPR's &quot;Embedded&quot; called "The Police" that relates to this) as well as arrest quotas, many offenses are going to be minor things like loitering, even on the block of the arestee's apartment block, which I think most people can agree shouldn't be the deciding factor between someone getting life-in-prison or getting the death penalty (which, again, this episode of "More Perfect").

It's sort of a moot point, anyway, since many of these studies control for past offenses anyway, including the third source cited in the ACLU paper I mentioned, a whitepaper which controls for prior criminal record when examining sentencing.

>However, white minorities likes the Scots-Irish in Appalachia have been hit just as hard as the black community.

I don't think this is fair to simply assert; if it were, the whole discussion would be settled.

>...[W]elfare has created a perverse economic incentive to avoid marriage in order to secure a stable income.

While I agree that it creates the incentive, I don't know that I necessarily agree that it has been seized upon, especially since Reagan's shaming of the &quot;welfare queen&quot; and since Clinton changed &quot;welfare as we know it.&quot; I would want to see some stats, especially considering that welfare enrollment has gone down in recent years.

>Moreover, the tax revenues are raised from the successful middle class...

This isn't really the conversation, but I would argue that the middle class hasn't been very successful in the last four decades or so. I would also argue that not strictly the result of tax policy (something that I think is overblown in the national conversation).

It's pretty well established that birth rates tend to fall in more modern economies, and as medicine advances, so without a much more concrete argument, I definitely don't buy this.

I'm also not sure where to find data on unemployed or unwed mothers, but I do know that teen birth rates (which, while not the same, are comparable, or at least indicative of the same things this conversation is about) have been falling fairly dramatically recently.

Yeah, this definitely needs a source.

>The number one thing that America can do to get young men to stop committing crime is get them married...

The number one thing that America can do to get young men to stop committing crime is to get them gainfully employed. I mean, it sounds like communist drivel, but the best indicator of whether or not someone will commit a crime is whether or not they can feed themselves.

In addition to the podcasts and articles I cited, here are some things that are related that I think are...

Ta-Nehisi Coates on &quot;Fresh Air&quot;: This interview blew my mind in several places listening to it, especially when he talks about how he thought of the police as another gang to be negotiated with, and about how the final word on a police shooting is that that person died a criminal. I think one of the things that people struggle to overcome in this discussion (myself included--again, as a white kid from the suburbs) is imagining themselves in the position of someone who feels constantly threatened by the police, rather than protected by them and Coates, both in this interview and his new book, does an excellent job bridging that divide.

Richard Rothstein on &quot;Fresh Air&quot;: The guest discusses at length the housing policies on a national and state level that created the inner-city environment that we see riddled with crime and poverty today. He also calls attention to both how much wealth was denied to black Americans through these policies and how recent they were in our history, both of which are very important.

The Divide: American Injustice in the Age of the Wealth Gap: This book also includes a lot of information about the financial crisis, but, as Taibbi points out, that's only half the story of what's happening in America. The other half involves police quotas and shady court practices that disproportionately affect blacks and Hispanics, including blacks and Hispanics with no record, or those who are trying to get their lives back after serving their time.

Ghettoside: A True Story of Murder in America: Leovy explores the idea of black on black violence and what it's like to police in such a crime-riddled area, both what's going wrong and what can be done better. Depressing as hell, but also fascinating.