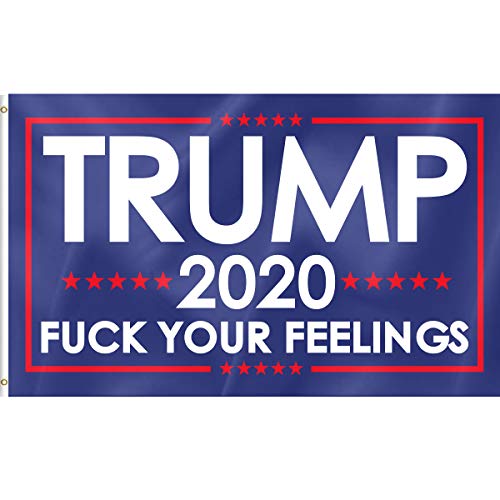 This product was mentioned in 14 comments, with an average of 1.21 upvotes

Of course not. Never is for any political movement.

> And there is none of that sentiment on your side as well that we could easily use to paint all of you?

Of course. Doesn't this already happen? On both sides?

But I'm having a hard time moving past this still. I want to explain my perspective, and see what your take is.

I know TSs personally, I interacted with plenty here, in other subs, and in other places online. "Fuck your feelings" is so common it might as well have been a campaign slogan. Everything from mocking "snowflakes" and "safe zones" to dismissing feat/anger/whatever of NS with "Trump Derangement Syndrome" or "feels don't make reals" was a large part of Trump Supporters rhetoric in my experience. I can't count the number of people that told me their favorite part of Trump was how good he was at pissing off the left. On the flip side, never once, online or in person, did another Trump supporter step in and push back that rhetoric. From my experiences This is Trump just as much as MAGA is Trump.

Now, I'm pretty live and let live, so I never really argued or got upset, if that's the rule of the game, then so be it. Lots of Trump supporters were tired of playing nice when they felt slighted and liked that they had a guy that punched back. But I have to say, "we're scared too" makes my blood boil just a bit. If that was a quote from a liberal in the paper, all my TS buddies would have laughed "another acute case of TDS!" If someone had said "You either want to live with us, or you don’t", they would have said "then get out!"

So, I'm curious, what were your experiences with the "trolling the left" side of Trump? Did you like it? Did you fight against it? How much of it did you see?

> First of all, it was not Trump. It was Ben Shapiro who said "Facts don't care about your feelings." It was said in response to leftists trying to use their feelings to support an argument. I see nothing wrong with this.

I've seen hundreds of these stickers and flags and shit in the last six months. Googling the phrase shows you dozens of people at trump rallies flying the flags and wearing the tshirts. You don't get to hide behind Ben Shapiro.

We're done here. You are arguing in bad faith.

You know what might have moved a few minds? Setting up Trump-branded food giveaways to needy families or Trump-branded beach cleanups. But that's more work and less fun than buying a $10 Fuck Your Feelings Flag (made in China) and carrying on like an asshole in your Tacoma.

I don't know about you, but if I want to appeal to someone, I'd give them a hand up, not shit on their rug.

#fuckyourfeelings? am i doing it right now?

or is it this?

or do you want some layer of civility, even if disingenuous, because yeah, we should be a little nicer to each other?

Have a great day!

You haven't seen Biden ones? Because as I said, there are 0.

And here's just a small glimpse into the Trump stuff.

"Fuck your feelings" is a common expression used by the sorts of people who participated in the January 6 insurrection at the US Capitol. One can even purchase flags that say it. Now that they are being arrested and are facing consequences, they are very upset and would like people to consider their feelings. For example, this fellow had a bit of an outburst during a court hearing in which he exclaimed "it isn't fair!" because he was not being released.

Where? Just skimmed through like four pages and nada.

Maybe you were thinking of this instead?

This woman helps me recall a slogan I saw several times on Trump 2020 flags during the 2020 presidential election race:

Weren’t Trump supporters the ones endlessly telling others “fuck your feelings”?

The only reason they would they care about them now is because they’re losing.