What is reddit's opinion of Z-Line Designs Cyrus Workstation?
From 3.5 billion comments
Created by @mouseofleaves.
As an Amazon Associate I earn from qualifying purchases. 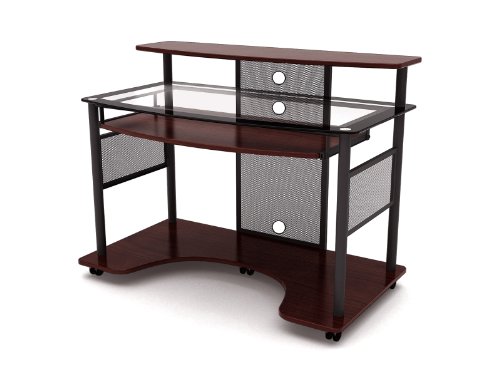 This product was mentioned in 14 comments, with an average of 1.79 upvotes

Ehh, they've got some good stuff and useful for disposable filler, and I'd say about 50% of our furniture is still from IKEA but we've slowly been replacing pieces with higher quality stuff or better looking stuff. Real problem is it's just too cheap and easily breaks/wears, and also it makes everyone house look like the same college dorm that every single person had and still has. "Hey I own that rug! And that side table! and those plates! and those cups! and those mirrors!"

Amazon surprisingly has some decent furniture options (especially if you don't have a car). We bought a huge couch from there for pretty cheap a few years back and it's much better than Ikea (although still not high quality).

I was also in the market for a new desk to replace my dented aging IKEA one and when I went to IKEA, I disliked every single desk there for gaming, and ended up getting this from Amazon which has been fantastic--great build quality and much more stylish than IKEA stuff for pretty much just as cheap. [link]

Old antique stuff is great as mentioned because its incredibly durable (but also heavy so it's not ideal for people moving a lot, unlike IKEA). Maybe stick with yard sales, see what Costco might have, or Ashley, CB2, look on Amazon or Etsy, or something? It'll come down to budget too--there's a lot of really nice stuff but I'm always spoiled with Ikea prices and it's like "damn that's really nice but $1500 NO WAY!"

I bought this (Z-Line Designs Cyrus Workstation [link]) on Amazon and it works like a charm. Fits my computer, full sized electric piano which I use as a MIDI keyboard, a pretty bulky mixer and even my small monitors. Has a sliding keyboard and mouse holder too! Doesn't cost as much as those "music workstations" but does the job beautifully :) check it out!

Edit: some words and link

It's a Z-line Cyrus. It's probably the best value studio desk I've come across and I'm reasonably happy with it (happy enough that I will only replace it when I can drop $2k+ on a nice replacement). I was also blown away at the high quality of the assembly instructions. Least confusing furniture I have ever assembled.

Pretty sure it is this one. I got it a few months back when I moved and it is absolutely perfect for music set ups and super cheap compared to most desks.

Mine is painted Black

I like the concept, but for roughly the same price, you can get something like this (albeit on sale).

I got this desk for around $150 and, though not a real music production desk, it works for my home situation.

Your idea is very cool, but I'm not sure it's price-competitive.

Thank you for the help! Yeah, I don't want that. I want to get as flat of a sound as possible. I'm prepared to invest in acoustic treatment as well. The desk I'm currently looking at as a replacement is this one:

I was contemplating buying this desk for the same purpose - midi keyboard/audio interface/DAW work/guitar playing etc. Came across some negative reviews on the manufacturer's website and was apprehensive to purchase. Any comments on it's integrity?

This is the desk I use. $140. Glass top. Nice cable management hiding in the center. I personally like glass top desks tho they seem really unpopular.

I record a lot of music at home so I needed a desk that was sleek but would accommodate my equipment, so I wound up getting this: [link]