What is reddit's opinion of Bubbler GPS Pro?
From 3.5 billion comments
created by @mouseofleaves 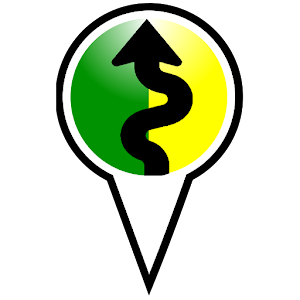 This app was mentioned in 2 comments, with an average of 3.50 upvotes

For a while I was using Map Factor(with Digger) and Sygic(with ITN converter) side by side to see which I liked better. Sygic has won out.

Some tips I have found to work better for me. When setting way points in Google Maps(GM) when dragging a route to change it, I have found it works better to set a destination point ON THE ROAD VS a way point. This seems more reliable when converting the route with ITN converter to get the same route in Sygic. Remember to set enough way points in GM to force Sygic to use that route as the only option.

The Sena 20s with out much intercom use, will easily do 24hrs of turn by turn alone. With some intercom use or music from the phone, about 14hrs.

I used this same setup on a recent Lake Superior Saddlesore 1000. [link] I had no service in Canada and it worked fine. One hitch was when changing time zones and the phone was unable to update the time, Sygic would not navigate the route. My assumption is the apps may need the phones clock and GPS times to be close. Closing out of sygic and manually setting the time on the phone and restarting Sygic resolved the issue. I have not had this issue in the USA when not having cell/data service.

I also run Bubbler and or MyTracks to log my route. I had issues with MapFactor and MyTracks playing nice at times. If MyTracks was running MapFactor would sometimes lockup. Killing MyTracks would solve it.

Tacks of a few rides