What is reddit's opinion of ASAP Launcher?
From 3.5 billion comments 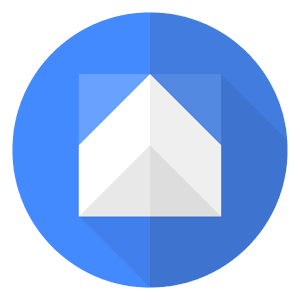 This app was mentioned in 43 comments, with an average of 2.72 upvotes

No app drawer, no icons on the screen (other than your dock).

You can swipe up from the dock to see your pinned/favorites.

Tap left side of screen to get the "app drawer".

Tap right side to get phone settings.

Slide left and right to get "cards" which are the launchers versions of baked-in widgets.

I have been using Nova Prime a while and while it's been a great ride, I moved over to ASAP. Currently has Icon Support (paid) and Unread Count. But what is so different about it for me as I can quickly swipe to the right a and an alphabetical app drawer shows up on the left side. You can type in your app or hit a letter to take you to the first letter of your app. The same concept applies while you swipe to the left. But this time it has quick toggles for your system. Swipe up for your most recent 15 apps.

Can't remember but I think you need to join his Google+ page.

I see nobody mentioned ASAP launcher. IMHO, it's the next big thing. Go ahead, try it. I'm on mobile right now, I hope the link is good.

A wildcard is ASAP launcher, which while I enjoyed the look and feel it lacked the customization I liked from Nova but did seem neat and is very functional.

If you fancy something pretty which is easy to setup and different it's a good choice.

I bought Nova about 7 years ago. You're right that it does offer a lot of customization, which is why I liked it so much. After a while I became frustrated with using my phone and I realized that the only thing a launcher needs to do is start apps and maybe hold a few widgets. Nova wasn't cutting it as an app launcher and I wanted something where I could launch any app on my phone within 2 taps and without scrolling through pages of apps. If it takes longer than 1 second, it's too long.

I tried alphabetized lists of apps like ASAP Launcher, where I could open the app drawer and then tap the first letter for the app. This was an improvement.

Once I found FastKey I knew I had a winner. I tap a letter, then tap the app. For a few apps that I use constantly I still use home screen icons to save one tap, but the different between launching an everyday app and an occasional app is so small that it doesn't make much difference. I haven't even bothered putting my Reddit app on the home screen because I can launch it quick enough already. It's totally changed how I use the phone.

There are more launchers you can try out too. Personally I use ASAP Launcher on my phone and tablet because I can't stand having icons covering up my home screen. As well as the automatic colour themeing while using Muzei to automatically change the background every day is so smooth and easy.

I personally use Nova Prime but not long ago I stumbled upon a little launcher called ASAP . Quite unique, I've been using it on and off.

In asap launcher go to the theme settings and choose wallpaper so it will pick the colour scheme based on colours in the wallpaper.

If you like minimalistic you need to use ASAP Launcher..

I've been using it for a long time and easily my favorite launcher.

ASAP launcher, it's pretty light and short of features but looks and works great

I was really looking forward to the future of ASAP Launcher, but it hasn't been updated in over a year unfortunately.

ASAP launcher is kind of similar.

Looks like it may be from ASAP Launcher. I made this though Clean Planets.

I use ASAP Launcher on my Tab S2. It's a more work-oriented setup, it's clean, and it has good info only a swipe away.

I personally love ASAP launcher, it has such a clean look