What is reddit's opinion of Camera ZOOM FX Premium?
From 3.5 billion comments 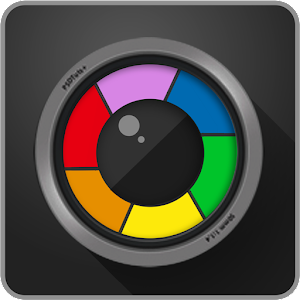 This app was mentioned in 9 comments, with an average of 1.22 upvotes

> I'm not by any means a photographer and I'm not looking to spend a lot of money (read: future watch money) on a fancy camera or anything, just wondering what tips anyone can give me to take better pictures with what I have. The Google Pixel phone has an incredible camera for a phone, but I only ever use auto settings. What settings can I try to specifically take better watch photos?

Check out this post. I use a Pixel as well, and the stock google camera does not have the manual controls that the linked post is discussing. You will want an alternate app from the Play Store that supports manual controls. I use CameraZoom but there are plenty of others as well.

Not the best sunset I've seen out there, but the pitch perfect weather made up for it!

Kudos to you for responding.

The first app is CameraZoom. Bought it for a prior phone many years ago and have been using it ever since. Good app, though the Google app is better/easier for quick shots.

>I am still a bit worried about those 2gig ram being not future proof as I don't like to upgrade phones that often but 6p was big in size for my taste.

Much like you, I like to hang on to a phone for a while. I didn't go with the 6P because of size, and because a phone from a Chinese company founded and run by a former Chinese intelligence officer really doesn't give me the warm fuzzies. A Korean chaebol doesn't really inspire confidence either, but it is definitely the lesser of two evils.

Anyway, I have had the N5X since launch and absolutely love it. I rely on my phone extensively for both work and personal matters and it has never let me down, and is always smooth as glass. Plus, lot of folks running the N preview say it runs ever better on N, which bodes well for future proofing.

/u/red_serpent covered your questions very well, but re: the camera question if you are willing to pay for an app try Camerazoom. I am actually very happy with the stock camera app on the N5X but I had purchased Camerazoom on a prior phone and have tried it out on the N5X -- it definitely is more robust than the stock app. If I was taking a quick shot I would prefer the stock app but if I was staging something and had time to adjust ISO and all that jazz then Camerazoom is much better. (There is a free version of camerazoom as well but I can't vouch for it.)

Hope you enjoy your new phone!

I have no idea what a chrome filter is, but looking at the two photos on this website, the top photo (with chrome filter applied) looks like it's increased the contrast or something. The filtered photo just looks over-satured with light to me.

I use Camera ZOOM FX as my camera app and it's loaded down with filters I've not explored. I imagine over-saturation would be one or more of the included filters.

Doesn't work. I found this one quite good. [link]