What is reddit's opinion of Dromotica?
From 3.5 billion comments
created by @mouseofleaves 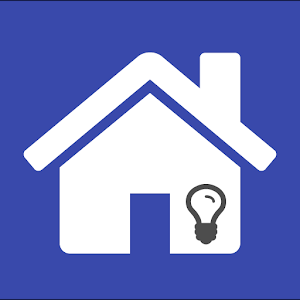 This app was mentioned in 2 comments, with an average of 2.50 upvotes

Just this weekend I started the process of moving from Domoticz to OpenHAB.

tl;wr: Domoticz for fast easy UI and network configuration if you're the only end-user. OpenHAB for flexible UI configuration or if you have real end-users.

Background: We have an RPi with Z-Wave (AeonLabs USB) for heating and LightwaveRF (Rfxcom) for lighting serving our 5-person shared-house-cum-hackspace.

Domoticz was a simple system to get running. It has a tidy enough web interface which includes most administration functions. The graphing makes it easy to see what's been going on. End-users can set timers and triggers for their own areas easily in the web interface. Beyond that, Lua scripting was an excellent choice by the Domoticz devs - it's very easy to work with.

Domoticz configuration is stored in a database which is considerably simpler for web interface administration, but I'd much rather plain text (and version controllable) configuration scripts for a production system.

All good so far but Domoticz is badly badly let down by the mobile apps.

Dromotica for Android seems the best of them but it is laid out by device category rather than floorplan and doesn't support heating setpoints. It's also closed source so there's fuckall I can do about fixing it. It completely kills any possibility of us using Domoticz for our setup. (I'm just going to assume Domoticz has similarly poor iPhone support - we need good app support on both platforms.)

OpenHAB provides control over the user interface layout. You have to build the UI layout along with the device configuration but these are two quite simple scripts (default.sitemap and default.items respectively). It makes it simple to get a functional UI so long as you don't want absolute control over the position of widgets on a canvas (other UIs for OpenHAB may allow this. OpenRemote definitely does this). I like that I can version control the entire configuration effectively.

More troublesome is that OpenHAB is Java based and so the configuration language is an Xtext-based DSL. It's horrible, horrible shit to have to work with unless you have an Eclipse installation (or excellent Vim-foo), but really, fuck that bloated IDE nonsense. I'm new to OpenHAB so haven't yet worked out how to debug these configuration scripts properly. (Tips please?) The upside to this is you have most of the Java language to work with for complex configuration so it's very flexible.

OpenHAB has no end-user web admin functions by default. A separate project, Habmin provides one but I haven't used it. I don't yet know how I'll allow end-users to configure timers and triggers for their areas but I'm hoping HABmin will help out here.

The OpenHAB apps for Android and iPhone provide a consistent UI and render nicely on various screen sizes.

I'm keeping Domoticz running as an interim solution for now with our simplistic timer-based heating, but working exclusively towards demand-based heating with OpenHAB now.