What is reddit's opinion of Exsate Golden Hour?
From 3.5 billion comments 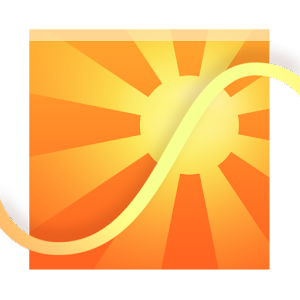 This app was mentioned in 8 comments, with an average of 2.88 upvotes

Exsate Golden Hour is a really awesome app. Very nice UI, give you a summary of when it's best to shoot for the next few days, weather+sun diagrams and a map of direction of light.

What phone do you have? If Android, I use the Exsate Golden Hour app: [link]

I use Exsate Golden Hour on Android. It's free.

Give it your location, and look at the graph, it'll tell you when the deep sky hours are.

I would guess that the clearer the better. I use this app android to check almost everything, it is great.

> 2) When I say visible, I mean to the naked eye. I took a quick look in Stellarium and in early July, the core rises above the horizon around 10-10:30pm. If you're in an open space, you should be able to start shooting then. Otherwise, you'll have to wait an hour or two for it to rise higher above a treeline or mountain or other obstruction. Another big thing to keep in mind is the moon. You need to go out on a night where there is a new moon or go after moonset. Any hint of moonlight is enough to wash out the rest of the sky and you will not be able to see the core of the Milky Way (the moon is as bad as light pollution almost). Try to plan around the July new moon and you should be good to go (barring nasty weather of course). You can also find moonset calendars online if you want to go after moonset which is what I did the first time.

One thing not mentioned here is that Calgary is pretty up north, meaning that in earlier parts of July (before July 11) the sun never goes below -18 degrees. Without astronomical twilight it's not properly dark at any point during the night. First proper moonless night in July with astronomical twilight is July 18, and even then the moonlessness lasts for just 55 minutes. After that date the shooting envelope gets longer night by night, and should be okay during rest of the month.

When planning for future astrophotography sessions, I like to use Exsate Golden Hour app on Android (free and no ads!). With its diagram view it's relatively easy to see when the conditions are most optimal for night time photograpy. There's probably similar apps for iOs too, and some websites also provide similarish information, like: [link]

Install an app to make it easy...