What is reddit's opinion of FlashVPN Free VPN Proxy?
From 3.5 billion comments 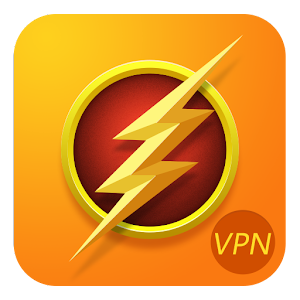 This app was mentioned in 7 comments, with an average of 1.29 upvotes

I use flash vpn -> https://play.google.com/store/apps/details?id=net.flashsoft.flashvpn.activity&amp;hl=en

FlashVPN is the only free VPN app that works for me(android & chrome os) on bbc.co.uk(others I've tested actually do show my ip being in the uk but don't fool the bbc and switch me to bbc.com)

During install don't allow any of the permissions - it works fine without.

It's not safe: don't enter any personal info - Just use it for your searches(l only use it to watch videos from the BBC)

THE free servers are fine.

Here is a link to a VPN in case they block some websites. This one is for chrome.

Some possible advice. If you're still in the basement please don't let them take any of your devices. It may be a coup but things can go really sour very soon.

When I used it, it worked fine. And it's free. I am pretty sure you can connect to an American VPN.

I use Spotify. I know technically it's not supposed to work but there are ways around it if you have an android phone. I use Spotify by paying for it, if you pay for it, they don't care where you are. It's pretty worth it for me because I listen to music constantly. But there's a way around it if you want to just use the free version as well. Works for pandora too. Kinda annoying but it works.

Download flash vpn for Android. It's a free VPN service. I guess any VPN app would work but this is the one I used and worked the best. Then download Spotify / pandora. This is weird but it's just as easy. You're going to have to download the app from chrome, because it isn't available in the Israeli playstore. Go to your settings, then go to security. Make sure "unknown sources" is checked. Basically what this means is that your phone is now allowed to download apps from places that aren't the play store, which is exactly what you need.

Now, in Chrome on your phone, download the latest version of Spotify or pandora. Install the apps and you're almost done. Before you open the apps, activate the VPN app. Choose United States in the VPN app. You'll see a notification that says something like "VPN service is active" or something. Then open the music app and it should work flawlessly, as if you were in the US.

It's annoying, but it works.

Only ever tried it with Spotify and pandora. Google play music obviously won't work because it's by Google. Good luck.

Oh and if you figure out a way to change the Google account location, let me know. Been trying to do that for literally years.

As far as I was able to mock location without rooting, by following steps

Requirements-U need wifi,2 apps which I had mentioned below,

1st -Remove ur sims from mobile, for internet use wifi.

5th- then open fake GPS and set your location

it will take a few minutes to change ur location

There you go mate. worked for me.