What is reddit's opinion of Toolwiz Photos - Pro Editor?
From 3.5 billion comments 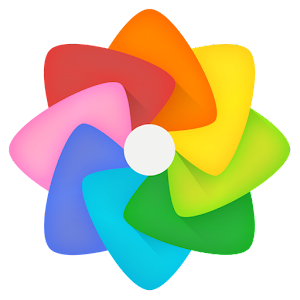 This app was mentioned in 70 comments, with an average of 7.07 upvotes

If you want to purchase this app, the best alternatives are (according to this thread):

The gist of what I'm saying is:

If you want to purchase this app, the best alternatives are (according to this thread):

Just use ToolWiz Photos. It's free, with no limits (a few ads, but can pay once to remove), has countless tools, and is the only comprehensive editing app that compares to PicsArt (before it was turned into a bloated, battery sucking, ad factory being peddled with its knockoff Instagram social network).

Here's a tip, PicsArt folks: drop the social crap and just offer the editor. I would have paid $20 for that two years ago before you destroyed your reputation and turned into an ad factory worse than Cheetah Mobile. Because what you offer now is utter garbage with some editing tools supposedly hidden somewhere inside. You can still charge your insane $8 a month to get rid of ads on the social enabled app, and just offer a one time purchase for the editor by itself. Diversify a bit. Suck less.

And it's mostly just a junky social network now, with a side of editing tools. When your photo editor uses more battery when it isn't even opened than an hour of screen on time at max brightness, your app is a bloated POS.

I used this app exclusively until about 2 years ago when the social crap and the ads became so insane the app was using loads of battery in the background when I hadn't even used it in days or weeks. I don't want my photo editor to turn into yet another social network for catering to vanity. I just wanted a comprehensive photo editor that was all in one app. PicsArt was that app, until it became more about social and milking massive profits off ads and user engagement on the social network with even more ads. I would have paid $20 for it if it didn't have ads or the social crap. But they screwed that up years ago.

Now, I use ToolWiz Photos. Don't let the name put you off, it isn't in any way related to Samsung's former name for their old and awful user interface. ToolWiz is free with no limits, but does have minimal ads. And you can pay ONE TIME to get rid of ads. It has everything I needed from PicsArt and more, which took me a really long time to find. Every app I tried was missing drawing tools or layers or something, leaving me with having to switch between three or four apps.

Then I found ToolWiz and haven't used anything else since. It's just an editor, and a very advanced one at that, with no extra crap that uses battery in the background or potentially sends your content off to servers in who knows where to do who knows what with them. PicsArt became pretty hard to trust when they became more adware than photo editor.

>big screens are nice and all, but reaching up there to toggle a setting is practically impossible for me at this point.

I think with Android P, we will see more visual changes. And in that version may be they will also change/solve this problem.

ToolWiz Photos on Android. Has the largest consolidated toolset of any app I've seen.

Smudge tool. In this case I used this: [link]

Checkout Toolwiz([link]). I prefer it slightly more than Snapseed.

It seems nobody has recommended Toolwiz Photos ([link]).

Piktures couldn't rename an image, which is weird omission.

If you want another with really deep editing options, there's Toolwiz Photos - also has lots of nice filters!~) [link]

ToolWiz Photos on Android. Has the largest consolidated toolset of any app I've seen.

Toolwiz Photos has line, rectangle, circle, and arrow. That's the extent of that.

Toolwiz been my favorite [link]

Maybe you should try toolwiz photos if you have an android phone.

I guess you haven't tried ToolWiz Photos then. Many more tools than Snapseed. Has some ads, but small IAP can get rid of them. But it's the most comprehensive editor on Android. Snapseed may have one or two things ToolWiz doesn't have, but ToolWiz has far, far more than Snapseed has.

I personally keep them both, though I usually use ToolWiz because it can just do so much.

Edit: since people seem to love Snapseed so much, and downvote everything that isn't it, tell me how Snapseed has more tools than ToolWiz? It's massively more capable than Snapseed. Snapseed couldn't even add text to an image until a few months ago.