What is reddit's opinion of ComicRack Free?
From 3.5 billion comments
created by @mouseofleaves 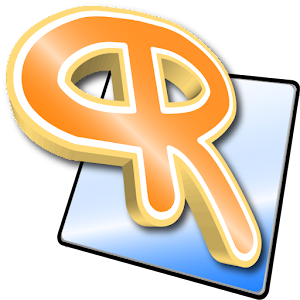 This app was mentioned in 19 comments, with an average of 2.32 upvotes

I've tried a bunch, but I keep coming back to comic rack.

It doesn't get a ton of updates, but it really doesn't need them either.

Had both versions of the Nexus 7, just recently upgraded from the 2013 N7 to a Shield Tablet K1.

My N7 was my go-to E-Reader device for a long time and was perfect. Nice sized screen, fairly light. The 7" screen on it was just a bit too small to read comics however, so I never bothered.

When I upgraded to the K1 I afraid the extra weight of it might make reading a bit less enjoyable. But luckily it's just as easy to hold the tablet up.

I was surprised when I tried reading some comics that the mere 1 extra inch of screen space allowed me to read the text comfortably. I thought for sure I'd have to get at least a 10" tablet for comics.

So I'd say that the K1 would be the perfect tablet to get, even if you're not using it for it's main purpose of gaming.

And just as some added info, I've tried a number of comic readers and settled on the paid version of this one for now, it seems to have the basic features I want even if it doesn't have the prettiest interface:

And I used Google Play Books for regular books.

As far as preferred ebook format goes, cbr are the most commonly accepted for graphic novels and are completely platform agnostic.

Basically, create images of your pages numbered in ascending order 001,002,003 etc and save them into a rar file such as "My_Comic.rar".
Then rename that to "My_Comic.cbr".
And that's it, you're done. Double pages don't need to be handled specially, a decent reader will figure out that 005 is twice the width of 004 and 006 and treat it accordingly.

For comics, I currently use Comic Rack on my Android tablet.

Wikipedia even has an article about the format and various compatible readers.

edit: Nothing is stopping you putting up several different files, ie a mobi version for the kindle store, a pdf for people who have no idea what a decent reader should be and a cbr/cbz for people who are actually likely to read your book. ;-)

If you don't mind plugging into your computer, there's Comicrack for syncing

if you want to use google play books youll have to convert to .pdf which im sure theres a way since .cbr/.cbz are just renamed .rar and .zip files with images inside.

if you just want to use the files on your android device use ComicRack there is a paid version that gets rid of the ads and has some features that work with the windows program like wireless syncing, I've never used those feature so idk how well they work

You can try Comic Rack:

I've used the PC version for a few years, and it works on Windows 8. I have an iPad, not Android, so I use a different reader for that (Comic Zeal), but Comic Rack's store page says:

I assume that there are others, but that sounds like it'll do what you want. Note that there are free and paid versions; I don't know the difference between them. I paid for the desktop version of it.

I never liked the windows version of comic rack as it seemed very bloated and clunky. though very feature rich no doubt, it seemed like the app was way more resource demanding than it should have been so on PC and usually stuck with cdisplay and these days use mComix.

the android variant of Comic Rack however was fantastic. That said I litterally have not used it in probably 3 years so hopefully its stayed about as good as it was if not gotten better.

edit: trying it again for the first time in years. it looks like they havent updated it since I last used it which means its probably still pretty decent if not a bit outdated in its look.

edit: there is a CDisplay Ex for android now.. not sure if this is by the same devs that did the original Cdisplay though. it looks much more up to date than ComicRack. im definitely going to testing this one some.http://www.cdisplayex.com/

edit2: Also tried Comic Trim.. this one isnt bad but out of the 3 I think comicRack and CDisplay EX are the better of the two so far.

I use the free version of ComicRack on my tablet.

ComicRack is the best app i've ever used for comic viewing on Android.

I tested most of them a year ago and use Moonreader for novels. IMO this is the best: