What is reddit's opinion of Exif Notes?
From 3.5 billion comments 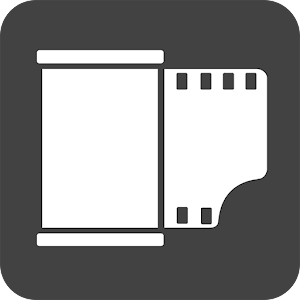 This app was mentioned in 36 comments, with an average of 2.56 upvotes

I use Exif Notes to collect metadata and then exiftool to apply it to the scans. I keep the film images in separate folders by roll (numbered in the order that I finished them).

I use the app exif notes, mostly because I like having the times, lens used and locations of my photos but I record the aperture and shutter speed as well.

I use the app Exif Notes, I'm mostly interested in the time, location and which lens I used, but I record the shutter speed and aperture too.

I use exif notes, which yes is geared towards recording data for every shot, but it does have space for things for the whole roll.

I use Exif Notes to keep track of the shots and number each roll, I'll then write the number on the roll once I finish shooting it.

FWIW, there's an Android-only application that's very similar to the functionality that's being discussed here – except of course that you are required to take your phone out each time you wish to log an exposure, as there's no such thing as an Android Watch. [link]

After 4 months of daily use I'd have to think pretty hard to come up with ways of improving it, which is pretty rare. Perhaps its developer is open to collaborate on your Apple Watch/iOS application?

1: The general rule for expired colour negative is overexpose 1 stop for every decade it's expired. I'd also avoid anything really old and be aware of the risk (you don't know how it's been stored and it could be totally fucked).

2: I use the app Exif Notes to record details about each shot and roll, and I number each roll. They can get mixed up in development but because I have details like when and where each shot was taken I can always figure out which roll is which.

I use the app Exif Notes to record the info, and then it allows me to export it as a bunch of exiftool commands that I can run on the scans.

I use the app exif notes to record details about each shot and number each roll in order of completion.

I use exif notes

Exif Notes would be a good alternative. I find it really useful!

I use the app exif notes.

I use the app Exif Notes.

I use the app Exif Notes for this.

I use Exif Notes

On Android, I use Exif Notes

I use the app exif notes

I use the app Exif Notes to keep track of things.

Glad to have helped! Don’t have an Android myself but I think others have recommend EXIF Notes.

I use the app exif notes, works pretty well.

[Android, some of these have iOS options too]

Exif Notes - allows recording of your shots (ss, f/, lens and gear used, film, location, etc) so you can refer back to it at a later date. Very useful when going on holiday, with GPS on it also records where you were when the shot was taken (you can also add it yourself at a later point). Can alos add complementary pictures via your phone so if you shoot a lot of rolls, you know what a specific roll was shooting.

Film Shots (currently in Early Access) - Similar to Exif Notes, but also includes categories such as "being shot", processed, "at the lab", archived, etc. so it can act as an index for your entire film library, and also record individual shots like Exif Notes. I haven't tried it out a lot yet as I got it during the pandemic and I haven't been shooting yet, but it looks promising. The author of the app had a post on here, if you can find it, there should still be the Early Access download available.

Photo Friend - A lightmeter app with a nice UI - sorta looks like you're choosing the ISO, EV, SS and F/ from a lens barrel. Been using it with my meterless TLR and it's produced good results. The values of all of them change when you alter it's recommended setup for a shot (i.e. if you increase the shutterspeed the ISO might increase), but you can double tap whatever one you want to lock it in place (e.g. locking the ISO to 400 for your film stock) and it will meter around that.

Light Meter Free - My backup lightmeter app, in case I don't trust the first one. Between the two they vary by about 1 stop, so I've started aiming 1/2 a stop between them both. Personally I like the other one, but this one has a few more features that I could find useful in future like a graycard and an incidence meter (I think?).

If you're looking for inspiration, the two most asked questions on film photography here are:

- How do you meter for shots without a light meter?

- How do record what you've taken (i.e. EXIF data on DSLR's)

I have yet to see one that combines these two features together (and there's probably a reason why), though that may be asking too much with a 3 month deadline (and me lacking in any developing experience).

It might help with your question if you cross-post this to r/AnalogCommunity, as that subreddit deals exclusively in the discussion of analog photography, whereas this one deals primarily with just results (photos) and text posts get buried pretty quick.

Hope any of this helps!

I use exif notes and number each roll in the order that I finish them.

I use Exif notes for the same purpose on android.

I use Film Exif to make notes and then export the exiftool commands to actually add them to the scans.