What is reddit's opinion of Test DPC?
From 3.5 billion comments
created by @mouseofleaves 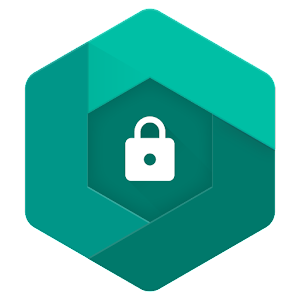 This app was mentioned in 12 comments, with an average of 2.75 upvotes

I use Google's Test DPC. It does the cloning thing.

Edit: [link] Install the app, configure work account, it can be same Gmail account as your primary account. This will enable some default work apps. You don't have to keep them all. I have Play Store and Play Services enabled. Now open work Play Store and install any app. It'll install separate from the already existing installation

> And I use them the most, when that is not possible, closest to them. So I don't think I could be of much help. Maybe try miui 9 :P

> Otoh, you can do remap it with adb.

> [link] above if you want to do on a stockish rom.

This is actually the least of my problems. Google's handling of sync of anything which is not a Google account is completely broken. If I delete an event on PC, it won't go away. I need to open Outlook (the Office 365 paid software app), go to all folders, deleted, find the deleted event, delete it from there, so that it doesn't appear in my phone. Even in that case, a local cache doesn't get overwritten, and it appears eventually.

The only app which has its own Exchange is Outlook for Android. Literally the only issue with that app is that its widget is a bit meh and I prefer the Digical app because it's closer to Windows 10 (PC/Phone/Xbox whatever) app with more layout and easy navigation. But Digical uses Google Sync.

Once upon a time, K9 Mail used to do its own sync, but now it uses Google EAS. I think now only Aqua Mail (paid) and Samsung Mail do this. (Blue Mail claims to do so but sucks arse).

>What? Android is not Samsung's.

Never said it is. But we are talking about Android's success and that has to be attributed to the OEMs. They are the ones who tried things both in software and hardware without native support. They made android interesting.

>I have come to realise PA and Lineage aren't for me.

And I use them the most, when that is not possible, closest to them. So I don't think I could be of much help. Maybe try miui 9 :P

>It is a 100% guaranteed product of non stock(+) ROMs which is not the case otherwise.

And yet AOSP roms are not that rage either.

>Doesn't Pixel allow you to assign commands to it? IIRC, HTC 11 allowed mapping to commands.

>Just that Samsung sent an update that specifically blocked remapping of the Bixby button is what is a bit irksome.

Because it was just an hack. Hacks uses loopholes which might be problematic later. Otoh, you can do remap it with adb.

>There's the ability to pin 3 different email accounts from the same app to the home screen and the app only shows up with that account.

You can do that on android too, natively in most of the heavily themed roms. [link] use above if you want to do on a stockish rom.

So, it seems like you can never know enough about these little spying devices.

Here's an alternative produced by Google(open source) in order to 'test' your application. But as far as I know it doesn't have the 'God Mode' of 'Island' which allows disabling(freezing) system applications on the main profile.

There's an app from Google that lets you do this. Source: been using two WhatsApp accounts since the day that app came out. [link]

That's another option from Google.

Open source but from Google.

Yes it can make copies of any apps.

You can use google's app too for the same result. [link]

That's it. Your Axon 7 is now a clean slate and awaiting your own Google account :)