What is Reddit's opinion of Wear Messenger?
From 3.5 billion comments 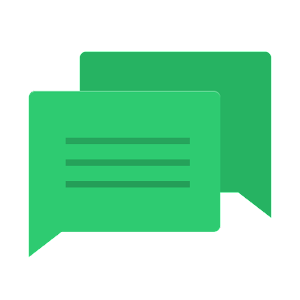 This app was mentioned in 26 comments, with an average of 2.04 upvotes

I'm in love with Wear Messenger, I think It's awesome (It may be bc I bought it with Google rewards money so it was technically free) But I love how I can reply to text be SMS or Facebook messenger (I think for Facebook Msn you need Xposed thou ) with just writing stuff in a tiny keyboard on my wrist, I think is awesome and love it so far.

Its about $2, works very well! Though I prefer installing the Minuum keyboard via an ADB console command. [link] Oh, In the app settings I recommend switching the Interface Style from Material to Old but thats just my preference.

Just use Wear Messenger where you install a custom keyboard through ADB. I use Minuum for Android Wear and have Wear Messengers style set to old as I prefer that design.

Android Wear is still android, it does support 3rd party keyboards along with any apk you would like to install using ADB, Google it. [link] works very well Good luck on your app :), great to see more devs working on Android Wear apps

Actually, there is a messenger app for Wear that's pretty good that uses Minuum pretty well:

You need to use Wear Messenger, which has an xposed module. Using that allows use in some other apps, or coffee which just allows use for text messages.

Text input boxes are uncommon on wear devices because Google does not intend to have keyboards on wear devices so they would be useless. But Minuum and whatever that Microsoft keyboard is can be sideloaded onto a watch, so a few apps have surfaces with text input boxes. I think one is called wear messenger, and there may be a Web browser. I'll have to look and see if I can find them.

Edit: here is the messenger link.

I prefer the Wear Messgener app for replying/senidng text messages from my watch. It has the option to employ a FlickKey keyboard so if youre in a situation wherein you can';t use voice and one of your pre-made msgs won't cut it, you can actually type out a message.

You can install Minuum on android wear, I use it on my G Watch with Wear Messenger.

The dev's webpage is [link] - which isn't resolving. Whois reports the registration is active until October, but the nameserver is barfing when I query it.

The dev also has two other apps on the Play Store (the most recent updated over a year ago) if you want to chase him down. But, frankly, it looks like the dev has abandoned his apps.

As an alternative: I use Wear Messenger and am pretty happy with it.

This is already possible with Microsofts keyboard for android wear and a messaging app such as Wear Messenger. Ive tried it out before but I just prefer Minuums keyboard for wear

It isnt built into Android Wear but what you could do is purchase Wear Messenger and install Minuum Keyboard on your watch with ADB. This allows you to type up a message and there are emojis. Here is an example If you do decide to get Wear Messenger, I recommend changing the interface style to old via the phones app as its much easier to use in my opinion.

wear messenger can do that for you [link]

I've been using this one. Works great. [link]