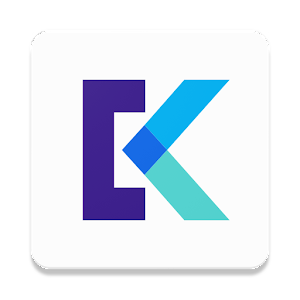 This app was mentioned in 26 comments, with an average of 4.15 upvotes

I use a thing called Keepsafe for the exact same thing. All kinds of hiding options, password/pin/fingerprint options, app hiding, etc. Lots of good stuff for keeping a nice separate gallery.

Yes. An example would be this custom Android ROM [link]

I'm not sure if that's the default Android ROM that's on the Blackphone 2, Pixel, or Blackberry Priv, which all advertise sandboxed user accounts, or just similar. I'd love to try it out, but I just bought an Asus Zenfone 3 Deluxe, and it's not yet compatible (probably never).

Not that an app could not provide a similar experience, but could probably be bypassed, or detected as a specifically encrypted subsection of data separate from other encrypted data. And probably wouldn't work well without root access. If anyone finds an app alternative I would be interested in checking it out.

Without a ROM, the KeepSafe app would probably come closest to doing this, with the ability to create a 2nd, fake PIN that you can use when someone asks you for your real PIN which opens a decoy Keepsafe photo vault, and the ability of creating a "secret door" which disguises Keepsafe to look like an inconspicuous app when intruders open it and has a secret method to reveal the lock screen and open. Uses AES-256 for anything stored inside, but it is not a virtual space or phone that you can hide apps inside, only data like photos, videos, and files. Link

Thank you! No iPhone, but I've heard good things about KeepSafe, it sounds like a very cool app.

EDIT: Oooh, they have Android now too: [link]

I've been using Keep Safe for a while with no complaints. They have a paid monthly subscription upgrade (which I don't use) but the basic account should be enough for what you described

If it has to be remotely, then Google Drive is as safe or safer than any other alternatives.

Otherwise I advise Keepsafe, which only keeps a local copy. It's encrypted and does not copy to your camera roll.

Yes there is one, but...I can’t tell how secure it is or how much privacy does it offers. I used this app during 2018, after that I switched to ‘zipped folders’. Here it is: KeepSafe

There are various photovault apps on Android which are pretty much explicitly for this purpose.

With Keepsafe anyway your photos are "Hidden" so they won't show up in the file browser in apps like Grindr. This is good though because it stops you accidentally sending your coworker a high-res dick pick by accident 😂

You can share images from Keepsafe in to other apps. I just tried it with Grindr and can confirm that it works!

I use the Keepsafe app, it's awesome [link]

Ok cool, to confirm it's this app?

If so like I said - this intrigues me, so I may give it a shot to create the actual Task.

i use a combination of keepsafe and File hide

Does this help? [link]

Download one of the dozens of hide your photo type apps. There are many of them. Take your dick pics in that. Most of them store the photos they take in an encrypted file that other apps can't read.

[link] - This is the only one I trust because it's the only app I've used that doesn't ask for the internet permission. Too bad the dev gave up on it. He released a 2.0, but it's trying to be some sort of encrypted cloud thing with a monthly subscription. The 1.0 on this link hasn't been updated for several years, but still works fine. Only handles photos.

Haven't used personally but they are HQed at San Francisco.

It doesn't help you now, but this will help prevent your private pictures from leaking anywhere in the future.

ah I see your dilemma more clearly now, perhaps a third party app may be the best route. [link]

KeepSafe is a good one: [link]