What is reddit's opinion of NVIDIA VR Viewer - Beta?
From 3.5 billion comments
created by @mouseofleaves 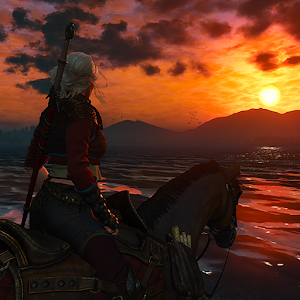 This app was mentioned in 7 comments, with an average of 4.71 upvotes

The Nvidia VR viewer is up on the google playstore. [link]

I tried it and the Witcher screenshots are phenomenal. I recommend anybody with a google cardboard or gear vr to try this app now. Even if you don't have a VR headset you can still just use your phone to see these 360 images.

By the way these screenshots are in insanely high resolution in 3d 360.

So I played around with it a little and everything works just fine.

Except I can't change the resolution in photo-mode, only in 360 mode. I wonder why that is?

EDIT: So yeah turns out "Super Resolution" is not enabled in Mirrors Edge. That's a shame because that's the feature I am most interested in and would mesh well with the games clean look, oh well. It will however be enabled in the Witcher 3.

You'll need either Google Cardboard and Nvidia's Android app or a 360 photo viewer for your HMD (Nvidia suggests Virtual Desktop).

The 360 images can also be viewed in the NVIDA viewer for android. You don't have to use Google Cardboard, but looking at the stereoscopic 360 images in 3D is pretty impressive. There are of course other viewers available if you happen to have a VR headset.

Sadly the "Super Resolution" feature is not supported in Mirror's Edge, so normal screenshots can only be taken in standard resolution. Super Resolution would allow for images up to tens of thousands of pixels in size. The feature will however be available in The Witcher 3 sometime later this month.

There is also no control over depth of field in the tool itself, so if you're moving around in Mirror's Edge and get the blur effects they will show up in the pictures too. It's probably better to disable some of the post-processing effects beforehand.

ME is a first person game, so Faith's animation was never really made to be observed from third person, this can result in some awkward poses.

Looks rather impressive. System requirements for the NVIDIA VR Viewer - Beta according to Nvidia's How to View Ansel 360 in VR page:

There's an Nvidia VR viewer app, for cardboard. Not sure how well it will play with Daydream.