What is reddit's opinion of Skin for Poweramp Material?
From 3.5 billion comments 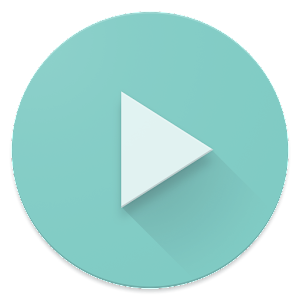 This app was mentioned in 59 comments, with an average of 3.97 upvotes

For all the threads about "It's UGLY!"

Do remember that YOU CAN SKIN THE DAMN THING

If you want something simple, just stick with Google Play Music or doubleTwist. Something more advanced? Poweramp with the Material Skin.

Sure, but the downside (in my opinion) to most Material Design music players nowadays is that while they may look good and offer tons of color combinations for theming, they often come with over simplified UIs.

Two years ago, a whole bunch of music players strived to replicate the design of that early concept version of Google Play Music that never came to be, but as a result, not only do most look nearly identical to one another now, many excluded a lot of the details that make some of the music player powerhouses on Android, like Poweramp or GoneMAD, so great.

Personally, something like having the sample rate and bitrate included in the Now Playing screen is invaluable to me, but that's simply not found in the vast majority of Material Design music players out there. If that kind of thing is totally irrelevant to you (which is absolutely fine, just a matter of preference) and a sleek, simplified UI that follows Material Design to a T is what matters most, then yeah, an app like Shuttle, Phonograph, or Pulsar is probably the way to go.

The only Material Design skin for Poweramp I've ever found is this one. It comes with a light and dark variation, but that's really the extent of its theming capabilities.

If looks is your issue Poweramp has support for skins. Ikorolkov has made some damn good ones including the first material design skin for it. He/she also has holo/iOS themes for it is that's your thing.

funny you say that, I don't use my phone as a DAP much at all, but when I do, it's poweramp with the material skin: [link]

Stock it doesn't look as nice, but with the material skin, it looks great IMO

Sound quality wise, the best I tried was Onkyo's app, but their UI is terrible to say the least.

Looks alright to me. I've been using it for several years now. The White one doesn't look so good to me though.

Sure, here ya go

It comes with a light and dark version, the one in my screenshot is the light version

There's a material theme for it in the Play Store. Doesn't fix everything but looks much better than the default theme.

If you are reverting to Phonograph, then most probably you were put off by the UI. One major drawback for most people might be the default UI so an important thing would be to get the Material Theme for Poweramp here free: [link]
Also Poweramp and a few other players sound quality is definitely better than that of stock Android so some people like it for that.
Infact the major darwback to me and the reason I stopped using it was that if I chose to play all the albums of an artist, then the songs were arranged alphabetically and not album wise.

But there is a major update that is currently being tested in beta so we'll see what that brings.

There's a ton of reddit thread about that. But if you have any questions about apps let me know I can help. To start off there's Relay/Reddit is Fun for Reddit, Weather Timeline is beautiful if you want a paid weather app, SeriesGuide for tracking TV Shows, Solid Explorer, Nova Launcher (If you want icon packs for Nova check out Iride UI (Paid) or Moonshine), PowerAMP is a pretty awesome music player (But don't forget to use this skin because the stock player is ugly, or you can try Shuttle+ Music player as well.

Went along with Shuttle+ for a while but came back to Poweramp after the latest flash didn't restore my apps. The new Material skins are awesome and yes, it's got the best equaliser by a mile.

In case anyone is interested in the Material Skin: [link]

What's up with Poweramp anyway? I still use it but other than a minor update in February the app hasn't been updated for quite some time. I keep hearing vague stuff about a potential material design update but not much seems to be happening.

The materal'ish skin is alright I suppose.

You can always install skin, like this one: [link]

I use this skin on poweramp to make it look better. Way more attractive with the Dark Material option imo.

The Material skin for Poweramp really does spruce it up a lot, too: [link]

I don't like the stock theme either. For me, only this material skin looks good on poweramp.

Imo it's the best all around player out there.

If you want PowerAmp to look more integrated with material, check out this skin.

I use the material skin. It looks pretty neat.

Install this. Then try it.

I installed this Poweramp skin forever ago and never had issues with how it looked since then.

I wonder if Poweramp is ever getting a material update... I'm using the unofficial skin right now.

If you stick with Poweramp try this theme. Makes it a much better experience.

It doesnt look as good as this, but there is a material design theme for Poweramp that looks very nice.

This will help ease your pain [link]

Not all of them, but mostly they're shit.

I use "skin for Poweramp material"

There's a (kind of) material skin for it.

You can apply this theme and suddenly it's a modernized music player.

Have you tried material theme?

Definitely check this skin out.

This. It looks great.

Poweramp is the best IMO. It was my first paid app. Mainly I'm in love with it's UI, even though it's main selling point at the start was their EQ. To make it even better there is a great theme, poweramp's default skin feels a bit dated now.