What is reddit's opinion of GPS Navigation & Maps Sygic?
From 3.5 billion comments
created by @mouseofleaves 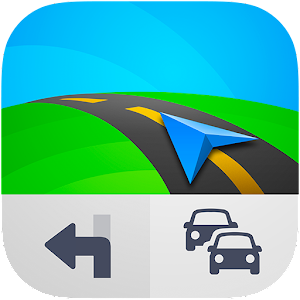 This app was mentioned in 28 comments, with an average of 1.29 upvotes

Shameless plug, but this turns your phone into a free GPS, WITHOUT a Data connection. You download all the maps via WIFI.
Offline maps

I don't know if they have these on iTunes, but here's a couple links to some alternatives I have been considering myself. Someone else recommended them on reddit and I bookmarked them.

Edit: I know you have an iPhone, but I'm pretty sure they have their own website linked on the play store page. I haven't looked into them a whole lot, but I'm just giving you some options to consider!

I've used both in the past and prefer Sygic, but they're both pretty great.

In Google Maps you can preload the map of the area you are visiting, no need for data. You could also get trial version of Sygic ( android version: [link] ) or one of the apps that uses OpenStreetMap ( [link] )

I am sure Iphone and Ipad have similar options.

I've heard HERE Maps is good (based on Navteq map data), but they got rid of the more advanced voices that were able to read street names. That's a deal breaker for me, because I don't look at my phone while driving. "Turn left in [distance]" is crap.

OsmAnd is based on OpenStreetMap, a world map that anyone can edit (like Wikipedia). I like the idea- we all share one planet, so keep the map open and let the locals (or anyone) update it themselves instead of waiting for approval. In some areas (like during the big Haitian earthquake a few years ago) it can be the best map by far, but in other places people mostly use Google Maps or Apple Maps and haven't heard of OSM, so you don't get enough contributions.

For these two reasons, I ended up going with Sygic, which is based on Tom Tom map data (a close rival to Navteq). I just wish it wasn't so laggy and crash-prone when browsing the list of POIs.

Until just a few days ago, I never had data plans on any of my smartphones, so offline map apps were pretty important to me. Now I've got 500MB a month.

Sygic for GPS. You just download the map ahead of time.

Dunno where exactly you're going but

Google Translate - Make sure to download the langunage you need so you have it offline.

Eh, if I absolutely needed offline maps(bad service, no data, etc) I just fall back to sygic.

You could always get a stand-alone GPS application like Sygic . You download the maps you are going to use to your phone. No data signal required after that!

Sygic. But it's paid app. It's free just for some period of time. [link]

I use this app, but there's also this one.

HERE never worked for me, neither did Maps.me (or google maps for that matter), couldn't pick up GPS.

Only one which did was Sygic