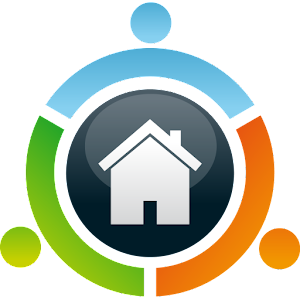 This app was mentioned in 9 comments, with an average of 1.67 upvotes

I used ImperiHome ([link]) with my old VeraLite but I've moved onto Smartthings.

Apparently support has been ready for several months but Samsung has been dragging their heals with the approval process. ImperiHome is asking for users to help raise awareness with Samsung by retweeting their post ([link])

ImperiHome is a great mature and highly customizable app. which could fill in the gaps left behind by the Smartthings app.

If you'd like to see Smartthings support for ImperiHome please consider helping by retweeting.

>It's continually insisting that it can't communicate with one of the (very near by) Monoprice motion sensors, yet the sensor is working and triggering events everyday. Other MonoPrice motion sensors work great.

It might just be a bad sensor. I had 2 door sensors that did this (as well as drain batteries very quickly). I returned them and got them replaced, haven't had issues since.

>Switching from Away mode to Home mode via the Android app seems unreliable, and I have to do it via the website on my Android device.

Vera's app sucks. I've used it on both IOS and Android, and it sucks in both places. On Android, I use Imperhome. The Pro (full) version costs a few bucks, but as much as I use it, it's totally worth it. For switching modes, I use the House Modes Plugin (on the Vera side), then I created scenes (Switch to Home, Switch to Away), and I use Imperihome to trigger the scenes. Imperhome also works with NFC tags, which is pretty awesome.

Something else that might help...
I created a scene to reboot my Vera (using this Luup code), and I've found that rebooting it every once in a while helps. I also do a full Heal/Repair once in a while, especially if I've moved some things around.

Overall, though, UI7 isn't all that great. I got my Vera like a week after UI7 came out, but from what I've heard, UI5 was great. UI7 has been improved a LOT since it came out, though, so if you're liking it, I'd try to stick it out. Hope this helps at least a little.

I have old tablets that have to be slower than the Fire HD's and I use the Imperihome app which runs very well still after 7 years of use. It offers both device pages or a customizable dashboard with pages. I set my dashboard background color to match the wall paint which works well if you have lighter wall paint. What I really like is that it uses the camera to wake the screen on motion, so it is off until you walk up to it. I will probably looking for better options and tablets in the near future, but if it ain't broke...etc.

ImperiHome is an App that can merge together many different systems into a single control interface. I know that it does Lifx, but I don't see TP Link in it's supported list.

Check out the free version of the app before you pay money for the pro version. The free version blocks you from using every square in the grid interface.

The nodes are all generic. They're a fixed cost regardless of any system. I don't know what you expect? Switches and outlets and other devices must be UL certified. They're all ~$30-$60 each which is in line with existing switches.

There are plenty of non-iOS home automation control apps like ImperiHome.

I'm planning to wall mount my android tablet too. Have a look at Imperihome for dashboard view of your devices.

Hubs are required as most devices utilize a low-power wireless protocol such as Z-Wave or ZigBee and cannot directly connect to the Internet. WiFi is very power hungry and is the reason why there aren't many battery-powered WiFi automation devices.

Depending on your hub and its compatibility with other devices, you can use a single app to control all the connected devices. For example, ImperiHome Android, iOS.

To check what works with what, see this often updated chart.

HomeKit's been slow to get off the ground so you'll be waiting for devices to get integrated (demo with ecobee [video]). SmartThings has a robust developer community, wide device support, and a polished interface.