What is reddit's opinion of WiFi Map — Free Passwords & Hotspots?
From 3.5 billion comments
created by @mouseofleaves 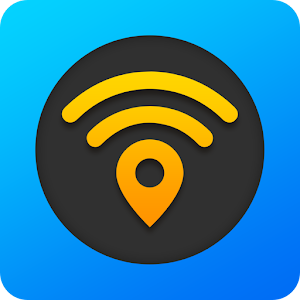 This app was mentioned in 36 comments, with an average of 44.97 upvotes

> There's an app called "WiFi Map". The largest database of WiFi networks and passwords I know. And it can work offline, if you pre-load specific area you're interested in. Never disappointed me in my trips. Oh, and it has not only airports, but every possible WiFi network. Some people even give access to their home WiFi.

4) if you have to give out your password to help someone, change it before and change it back

6) My apartment router had a password set by my ISP that followed a pattern with my apartment number in it. Between that and default passwords you probably know half of the wifi passwords. And they have maps of known passwords. And you can crack weak passwords in minutes or hours with a little Google-fu and the right wifi card.

> There's an app called "WiFi Map". The largest database of WiFi networks and passwords I know. And it can work offline, if you pre-load specific area you're interested in. Never disappointed me in my trips. Oh, and it has not only airports, but every possible WiFi network. Some people even give access to their home WiFi.

For me it's wifi map, users share wifi passwords to wifi in your GPS location. Saves a lot of hassle and money. Android link [link]

It has an impressive amount on wifi passwords from all over the world, even residential ones.

I'm not affiliated to that app btw.

But I also have &quot;WiFi Space&quot; - it has smaller wifi database, but as a backup or complement

For me it's wifi map, users share wifi passwords to wifi in your GPS location. Saves a lot of hassle and money.

I've been using this [link]

It is loaded with ads (including full screen ones) but the passwords have almost always been up to date and working.

Thanks a lot for all your answers :)

> I'm not sure if it's region locked or not, sorry. If they are planning to take the KTX just after arriving in Incheon it would be better to buy the tickets through their website before they arrive in Korea.

Thanks, my family member already has a booking for Incheon-Busan, I will have a look at it.

What does the app provide?

Is it useful to have the KTX/Korail app if we already have the ticket booked or not?

> Yes, most restaurants and cafes provide free wifi but they're password protected. The password is usually posted around the counter or on the receipt.

> Yes Kakao Maps and Naver maps are way better than Google Maps for South Korea. Google Maps data is many years out of date due to laws about how mapping data must be handled.

Sorry again, is there an offline mode in Kakao Map or Naver?

> "During the Pyeongchang 2018 period (February 1-28, 2018), KTX from Incheon International Airport to and from Busan/Gwangju Station will temporarily be discontinued. Instead, KTX to Gangneung Station from Terminal 2 will run 32 times a day. For those that are impacted by the temporarily discontinued KTX line, KTX Limousine Bus service from Incheon International Airport to KTX Gwangmyeong Station will be provided starting January 17." > > [link]

Thanks a lot, I will investigate that.

I don't know how many of you utilize the app "WiFi Map" ([link]), but given how much Project Fi leverages WiFi networks it might be worth checking out. I travel pretty often, so when I'm on the road in an area with poor cell coverage I check out the map to see what I can connect to. It's hit and miss sometimes, but it's still better than nothing!

For me it's wifi map, users share wifi passwords to wifi in your GPS location. Saves a lot of hassle and money.

This app has pretty much every public WiFi in the world. Link for android : [link]

You will naturally be on-guard when you start travelling, especially if it's your first time and you're doing it solo. Just be aware - and remind yourself - that there are reasons you booked this trip. There are things you wanted to see. There are experiences you wanted to have. And there are adventures to be found.

I've been solo-travelling for 3 years pretty much non-stop, and the main + most important thing I've learned is: You never have an adventure if you stay home.

The things that no one ever really articulates well about travel is that it throws you into weird and wonderful and foreign and bizarre situations every step of the way. When people say they "found" themselves by travelling, I think what they mean is that your boundaries are pushed so much that it really shows you who you are, what you're made of and shows you how insignificant some of your daily anxieties can be.

So yes, things might go wrong at some point, but even if they do, it's never really that bad. In 3 years the worst that has happened to me is (a) I nearly drove my car off a cliff in Norway (had never driven on the right side of the road, wide van, general stupidity), (b) my luggage was lost by my airline in Finland (at the time it felt like the end of the world, but I got $500 from my insurance company and $250 from the airline to buy new stuff, and my bag showed up the next day!), and (c) I've missed like 6 flights due to public transport fuckups, which was expensive, but again, no use crying over spilt milk.

Anyway, you'll be fine. Really. But if you want a list of things to do tonight that will put you at ease (and make your trip a little easier):

You'll be fine! Reading that AskReddit thread is like going on Google Maps and only reading the 1 star reviews for restaurants. It's asking for horror stories and you got horror stories; no one ever tells you about their good/great experiences, because they don't make as good a story. And people will always dramatise and big-up their horror stories, for the exact same reason.

I'm not sure about the packages offered at the airport, so can't really say anything about that. I'm sorry.

Regarding you relying on google maps, This is what I suggest all my guests to do. Download the areas you're traveling to in google maps. So you'll be able to use it offline too. [link]

Cafes/restaurants/stores and other places all have WiFi available so download an app like Wifi map Android or iOS which lists the passwords around your area. So you won't use your data all the time.

Foody VN's app is also quite good to find restaurants/cafes which has WiFi passwords more frequently updated for those establishments. Their site/app are both available in English [link]

If you're on Android, I've found this app on the Play Store. Idk if it's any good or not but it's free and the ratings are good :)

Restaurant apps galore plus some

This app has pretty much every public WiFi in the world. Link for android : [link]

There's a lot of really good resources on this thread. You'll need some way to access all those resources. Here's a couple ways to find free Wi-Fi wherever you are.

Keep in mind that the information in these maps are all submitted by people. It's not collected automatically. The information won't be 100% accurate.

Obviously, you need Internet access to find where you can get Internet access. That kind of defeats the purpose. I suggest finding a few locations that you know they have free Wi-Fi (e.g. McDonald's, Starbucks, Public Library). Commit them to memory and go from there.

How to Getting Free WiFi | WiFi Map apps helps you to get the free WiFi near you. You have to install the Application and get the free WiFi for you. Below links help to download apps for the WiFi Free for Your mobile and Computer