What is reddit's opinion of 8Bit Photo Lab, Retro Effects?
From 3.5 billion comments 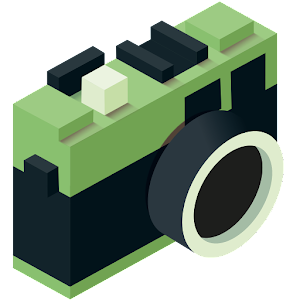 This app was mentioned in 20 comments, with an average of 1.70 upvotes

I'm pretty sure you could do it yourself using [link]

The pictures are 48 squares by 48 squares - it'd just be a case of finding the right palette, printing it in colour and using it as a template. You could buy a bunch of single 1x1 lego squares and make it.

I think so, I bought it months ago (it goes on sale from time to time). It's a little janky though, IMO. It does not work well on my Macbook Air for example (not my primary development computer and not all that powerful of course).

It sounds weird, but there's an android app called 8bit photo lab which is actually extremely robust and better IMO, but it is of course annoying to try and work an Android app into your workflow (and requires you to own an android device, hopefully a tablet). The paid version is legit and costs just a few bucks. I don't like to post about it because I think of it as my little secret :P I don't think it was built with the intention of being USED for games but I find it extremely useful (you have more granular control over everything, and I find it easier to use than Pixatool)

It's what I used for the majority of the art in my game Hell.

This will do it, but it's a phone app. That said, I've played with it and you can create any size and rez you want. Here's sample.

Someone linked this app the other day, they had used it to make a photo of their cat into something akin to pop art. I started playing around with it, it's pretty cool.

Check out the album in the comments of this post.

use this app to convert 1:1 aspect ratio image to black and white 128x128: https://play.google.com/store/apps/details?id=com.ilixa.ebp&amp;hl=en

the sample photo before being run through the app: https://photos.app.goo.gl/uVCuBwLbVg7nd3QV8

the sample photo after going through the app and now ready to convert: https://photos.app.goo.gl/LAV1PmmZHx8EoyRg6

Hands down the best tool that I've found is an Android app called 8 bit photo lab.

I use 8Bit Lab with Pixlr and sometimes Glitch! and somethimes PicsArt to make @ideoant

Or Lightroom and 9square to make @phlowig

ahh. that's just a picture i took of my cat, then used this app: [link]

and thank you again!

There's a nifty little app for Android that will take any picture and pixelize it. It's called 8bit Photo Lab. I did a couple of examples with your pic. One EGA and one Game Boy. There's many more selections though.