What is reddit's opinion of qDslrDashboard?
From 3.5 billion comments 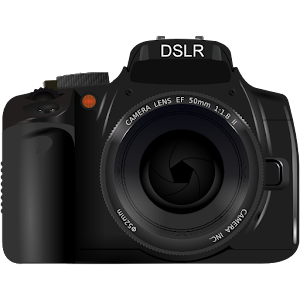 This app was mentioned in 17 comments, with an average of 1.35 upvotes

You could try the app DslrDashboard, but you'd have to pair the D3300 to the phone using a WU-1a WiFi adapter in order to get WiFi connectivity. I've used the app with my WiFi-compabible D7200, and it works very good!

If you're going to use the camera in a fixed position, I think digiCamControl (free) is a really good option to connect it to your computer and record video from there. The 'Virtual Webcam' program is better for livestreaming (lower quality), while the normal program lets you see the live view display and control recording as if you were using the camera directly.

Alternatively, if you have an Android phone and an OTG adapter (to connect your phone to the camera), you can use qDslrDashboard (USD 9.49) to see the live view display and control the recording. You might even be able to get a phone mount for your hotshoe for a relatively cheap portable setup!

I hear you. Am also a photographer (Canon).but BTW, you can already use Android and iOS as a monitor with touch controls and a UI to remotely view and control many interchangeable lens cameras. I've been doing it for years. It works over USB or WiFi.

The 2 main apps I've been using are: DSLR Controller: [link] And qDSLRDashboard: [link]

Only I'm not sure if they support Sony mirrorless cameras. But I know if the Nikon or Canon camera supports tethered shooting, it'll work with these apps.

I know, a little off topic. But maybe this can solve the 1 feature that got you excited with what you have. Just be aware that using these tools over WiFi will produce some delay. Wired over USB should be pretty flawless.

Qdslrdashboard and DSLR Controller do exactly what you want. If you use them over WiFi,it will probably lag. If you use these apps over USB, lag is kinda dependent on the phone's performance. I've had as little as a few milliseconds of lag on my current phone,but slightly more (still not bad) with my previous phone.

I've used both often and they work with Canon, Nikon, and Sony cameras, possibly more. It's not using HDMI, but rather just a direct USB communication to the phone. Also works over WiFi if the camera supports it. Added bonus, the phone can also control the camera via touch screen too.

Qdslrdashboard and DSLR Controller do exactly what OP is asking

I've used both often and they work with Canon, Nikon, and Sony cameras, possibly more. It's not using HDMI, but rather just a direct USB communication to the phone. Also works over WiFi if the camera supports it. Added bonus, the phone can also control the camera via touch screen too.

You can actually do all that with: qDSLRDashboard - [link] or DSLR Controller - [link]

I use both, but prefer qDSLRDashboard. UI is more intuitive and easier to find focus peaking. Both work over wifi or USB with an adapter. I do macro with peaking using those apps already, prop my phone on a shoe mount too.

But yes, having it all built into the camera like that is much much more convenient.

What about ML are you looking to use? I ask because there are a handful of Android and iOS apps that connect to Canon cameras over wifi or USB if you have the right adapter. They work as a second screen with functional touch screen and some add a lot of the feature Magic Lantern does without touching the camera's firmware. Granted, it can't do everything ML can -- which is why I ask.

I really like qDSLRDashboard which is also available on iOS, Windows, Mac OS, and I believe Linux. It's been kinda wonky lately though. My 2nd go-to is [DSLR Controller[([link]). Has a lot of the same features but they're not all as easy to find.

I have not. What are you using it for?

Does it work via WiFi or USB. Quick glance of the docs suggest it requires a cable?

I had the 7DII and I had the wifi card. It's a complete disappointment. Wifi range sucks, transfer speeds are extremely slow, and yeah, Canon doesn't support RAW transfers on Android.

qDSLRDashboard dances circles around Canon's app. It does allow RAW file transfers over wifi, but I don't recall if it works with the Canon wifi card or not. It works with USB to Android though. In fact, I bought a hot show phone mount, used qDSLRDashboard with my 7DII as a larger monitor (and the phone's touch screen works to select AF points too), and there's even focus peaking through the app. It was a lot of fun! https://play.google.com/store/apps/details?id=info.qdd

DSLR Controller is another option to look into. It does basically all the same things as qDSLRDashboard but I believe the developer has abandoned the project. It also doesn't have all of the same features. https://play.google.com/store/apps/details?id=eu.chainfire.dslrcontroller

it's free for Mac and PC

it was renamed as ControlMyCamera in AppleStore

I sell my time lapse so I could justify it.

Oh and an OTG cable to connect my camera to my tablet is a must for me, newer cameras have wifi so that's also a possibility google link.

Those are my 2 go-to apps... well, my new camera isn't compatible but my previous 2 I used these apps. DSLR Controller has pretty much been abandoned, but should still work. qDSLRDashboard offers a lot more, but costs more too. Go to their website - I believe you can get qDSLRDashboard for free on Windows, Mac, or Linux so you can get a feel if that's what you're looking for. Then get the Android app after. There may be a trial app on the website too but I can't remember.

Both apps work over WiFi or USB. For USB, just get a USB on-the-go adapter if you need.

Both apps let you see your Live View on your phone screen, but it's a bit laggy over WiFi, especially as you get further away. Both offer focus peaking, which Canon does not offer on their DSLRs but they do on Powershot and both mirrorless cameras. Both let you use your phone's touch screen to tap to focus, even if your camera doesn't have a touch screen. qDSLRDashboard can connect to multiple cameras simultaneously and control them simultanously. qDSLR (I think DSLR Controller but can't remember) can transfer jpeg or RAW to phone over wifi or USB - Canon's app won't do RAW unless you're on iOS.

The only thing is for me, DSLR Controller was more stable even though it's dated and qDSLRDashboard would be a little iffy depending on the update. Like most of the time it worked great, but there would be an occasional update that made things crash randomly every here and there. Not to the point it was unusable. Usually reconnecting everything would stay connected again pretty well.

Google is your friend. :P

And here is another app. Also available for iOS.

There are a few different apps. This is one.

Here you go. The free version doesn't seem to exist any more, though.