What is reddit's opinion of Floor Plan Creator?
From 3.5 billion comments
created by @mouseofleaves 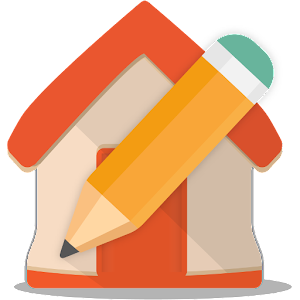 This app was mentioned in 11 comments, with an average of 1.55 upvotes

Yes, it's not a new idea by any means, just a refinement of the current apps.

[link] Is the best of the bunch that I settle with, but has a few problems that really screw the process up.

[link] Fixes those problems but adds enough of it's own that it's actually a worse option.

Bosch and Leica have versions that are just all around useless.

I'm working on a detailed explanation like the other poster suggested, but I'm already up to 2 pages and need screenshots and video to really explain myself still.

No, the laser and app don't come together, though most of those companies put out those apps because they also sell lasers. But as far as I've found, all lasers work with all apps.

I was kidding, that link just takes you to the general Visio info/sales page. I just googled "tablet floor plan app" and found this.

I used Floor Plan Creator to make a floor plan of my home, and you can place objects inside the walls as well. You won't find anything to place that is specifically AV equipment related, but it has generic rectangle shape things you can place with and modify dimensions. It works pretty well, takes a bit of getting used to, and sometimes the object snapping feature can get annoying (you can toggle it).

Here are a few:

I've been working my ass off trying to perfect a floorplan system. I started with Magicplan, it was a novel idea but took too long in the home with antsy agents hovering over my shoulder. So then I got the Bosch laser meter and the Freehand Designer to draw plans by hand and measure them. The measuring went quickly, but my ability to draw was lacking. By the time I got to the end of the house, rooms that should have lined up were not and I was depending on notes on my sketch to remember what to fix. I'd then bring it home and redraw it in software. I tried Visio and Smartdraw but they drove me crazy with little bugs, walls not snapping right, measurements changing on me. Took forever. I finally found Chief Architect and really like that a lot

So now I've gotten the Leica Distro E7100i which has bluetooth, and the free app Floor Plan Creator. I think this is what I've been looking for all along. In the app you can just scribble the outline of the room caveman style, then the app straightens the walls and lets you fix it up more. You hit measure and it connects to the bluetooth and highlights a wall. Shoot that wall with the laser and it records it and highlights the next wall. You're pretty much building the finished floorplan right there. At the very least you have perfect outlines and measurements to bring home and plug into Chief Architect, no more trying to decipher my notes and look at my photos to figure it out after the fact.

As for my own question, what is everyone charging for floor plans?

Dunno why the bot didn't kick in, but here's the link to it on the Play store anyway.