What is reddit's opinion of Good Vibrations - Custom vibrations for everything?
From 3.5 billion comments 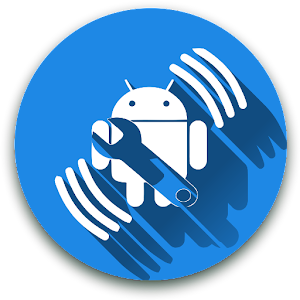 Good Vibrations - Custom vibrations for everything

This app was mentioned in 38 comments, with an average of 3.08 upvotes

Yikes, you really didn't explore Android at all did you?

Good Vibrations for example. I used it all the time when I was using the default Android Messages.

But whenever I use Textra, the vibration customization is built into the app.

I actually thought you were making a legitimate criticism about Android. Actually use the OS before making false claims, please.

I use this tool to override apps vibration behavior.Just create a new pattern of short vibration to avoid the engine going full speed.

I use a short 2x70 pattern personally.

No built-in feature but try this app:

Note that you may need to disable the vibration from the settings of the messages, etc. for the app to clearly make the vibration.

You'll need to root and install a custom kernel.

Someone suggested an app to provide custom vibration notifications (Good Vibrations) in another thread.

I use this tool to override apps vibration behavior.

I use a short 2x70 pattern personally.

I absolutely love this app. While on vibrate, I can know what almost any app is just by how I have it set up. It works best if you can turn off the apps' default vibrations, but it does have a mode which attempts to override. Good luck!

I used to have Good Vibrations on my HTC One (the 2013 model, which had the loudest vibration motor on Earth). You can set custom patterns for apps, and so you can create a pattern with a single vibration.

It does not require root, but it does require notifications access, obviously.

You could try Good Vibrations ( https://play.google.com/store/apps/details?id=com.wbouvy.vibrationcontrol&amp;hl=en_US ). It's kind of unreliable, but I set it so that I get a unique, longer vibration pattern for Signal because the people who message me on Signal are my wife and best friends. Might help you out if it works on your phone (Pixel 3a here)

I had pretty good results on my last phone with an app called Good Vibrations. I haven't cared enough to try it on my OP7P.

I use the app called Good Vibrations for my Razer Phone (first gen) to increase the vibration strength. Not sure if you can decrease with this app though.

Same here, but i started using an app from the Play Store and it works quite well

I had exactly the same frustration. I don't think there's anything you can do to fix it without using external support. I use the Good Vibrations app from the Play Store for this issue ([link]), it works very well.

Don't know what the usual price would have been for a new one, but sounds like you got a deal at half the price of a P2. Congrats on that.

Perhaps you can customize the vibration to make it more noticeable?

If you dig around in their settings menu, some apps have vibration control. In Gmail account settings (Settings/youraccount) you can set notification and vibration choices.

I use Chomp for texting. I can set whether to vibrate and how strongly, in the settings menu.

Of course, not all apps have these settings.

edit: Good Vibrations app might do what you'e asking.

> If a blind person was to use a phone in the regular fashion, holding it in one hand and navigating with their thumb- it is not possible at the moment

If you mean purely tactile Morse feedback without a braille display or any audio, yes, currently it's just a vibrotactile "bump" when the finger encounters a target area. The question is what extra utility this would offer, given the reasons u/AllHarlowsEve mentioned in this thread that a combo of braille display and/or VoiceOver is richer, faster, and as externally quiet as you need it to be. If you could code up an extension to that OS behavior where each "bump" becomes a morse code character string, it might interest some users. Conceivably deaf-blind users could find utility in something like a fancier version of this, since VoiceOver is unavailable to people who can't her it. You would still have to make the case that the impoverished information stream is worth encoding in the tactile feedback. And because accessible design has a way of ultimately benefiting everyone, busy sighted phone users might like having more granular control over tactile feedback.

Apologies if this is wrong, but it sounds like you haven't had a chance to spend a lot of time with a skilled blind person operating a smartphone. Try to do so! As a sighted person working in this field I initially thought that smartphones, lacking tactile keyboard surfaces, would be terrible for accessibility. From watching their adoption, I saw that my assumption was wrong as hell. The iOS and Android mobile ecosystems have hugely improved blind people's access to the firehose of online information, and it's been remarkable to see just how smartphones, earbuds, and/or braille displays go hand in hand. So, try to observe firsthand, including by playing with your own phone's accessibility features, and really suss out (1) what morse feedback adds to the current suite of OS tools, and (2) whether that added value is something the community actually wants.

I use Good Vibrations. It works really well and you can make your own patterns to distinguish all your apps.

I use Good Vibrations since the default vibrate pattern is just two long buzzes. I have things set up to where I can know what all of my notifications are just from the vibration pattern.

If you plan to use the Now Playing feature on your Pixel 2, I highly recommend getting one of the Now Playing history apps. It just keeps track of all the songs it identifies. I use Now Playing Stories because of its simple interface. But there are tons that so the same thing.

Also, IFTTT could be really, really fun for you to try. If you don't know already, it basically automates most things you could imagine. Want a text message sent to you the day before it's expected to go below freezing? You can do that. It's wild how many combinations of commands you can come up with.

There's an app called Good Vibrations that does this!

2. &quot;Good Vibrations&quot; (seriously, that's the name). I've been using it for a while, and it works well.

That's just one method, there are others:

Or just grab a 3rd party app that works well like Good Vibrations.

You can try Good Vibrations. Haven't used it myself.

One thing I liked about iOS (last I used was 9.X) was the ability to customize the vibration pattern. Haven't seen that on any Android phone (although I'm sure it exists, but not on the S10 line). I'm also sure there is probably an app, too.

> Android doesn’t include contact-specific text vibrations out of the box. Download an app like <strong>Good Vibrations</strong>, <strong>WhoIsIt</strong>, or <strong>Contact Vibrate</strong> to make and assign custom text vibrations.

Good Vibrations does that.

I was able to fix my vibrations with this but apparently it isn't working for everyone.

I use Good Vibrations to do this.