What is reddit's opinion of Launcher 8 WP style?
From 3.5 billion comments 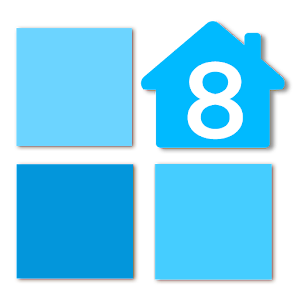 This app was mentioned in 60 comments, with an average of 2.17 upvotes

I loved the ui on my zune. Was so excited when windows phone 7 was annouced. I was using Windows Mobile 6.5 at the time. Seems so long ago now. The idea of a phone with the zune ui was exactly what I wanted. Unfortunately when they revealed the details of 7 I chose Android but it always bothered me that I couldn't have the metro ui.

Anyway the reason why I commented was to suggest this home screen replacement for Android. I haven't used it much but it's worth a try. [link]

Do not worry about custom ROMs, look into custom Launchers. You probably will be interested in Launcher 8. The Launcher is essentially the Android desktop, with different ones having different features and look and feel.

Was on my phone for a whole two seconds and I paid for that theme, just for the screenshot.

"the one thing I really miss is the homescreen I liked WP cleanness and live tiles a lot better, but well, I read there is a way to make the android homescreen look like that."

Yep... the Launcher 8 app should suit your needs; [link]

If I switch from WP, I'll be installing that as well. I really do like the WP home screen. It's everything else that is more problematic.

i understand that. the only company that makes launchers that i completely trust is TeslaCoil Software (nova launcher) but if you want to try out the windows 8 launcher heres the link [link]

I'd just install Launcher 8. It is actually a very good launcher, mimicking Windows Phone. I've used it for a long while. Smooth animations, and functional.

WP Launcher changes the lockscreen and notification shade iirc. Just a fair bit of warning though, the app requires a lot of permissions to work properly.

Both are free, though Launcher 8 has a pro version available (where you have to pay for)

Why don't you use a Windows Phone Style Launcher if you miss it?

Here ya are. I'm on mobile, so hopefully the link will work for you. It's kind of shit stock, but it's highly customizable and a good launcher; I've been happy with it.

Same here. I hated everything about Android; the interface, the app list, the volume control, then menu digging, the everything.

When I first got it, I only used it for the apps that was missing for WP. I kept the SIM card in my L920 and used it as my main with the Android on the side. Then I installed WP Launcher and now it's my daily driver. It has all the apps that my Lumia has, even Hyperlapse (which was simultaneously launched on both Lumia 920 and Android), and then some. I feel more taken care of by MS than I did when I was on WP. That's just the sad reality.

Hell, in a way the WP Launcher solved some of WP problems. I can launch the QR reader straight from Search just like the old WP 8.0. Now with WP 8.1 I'd have to launch the Camera app, then choose the QR lens from the menu.

Here's a launcher. Not sure how well it works, but it seems to have alright reviews.

Edit: Microsoft also makes their own Android launcher (Arrow Launcher). While it isn't like Windows, the UX might be more tolerable to a Windows user.

I had this. It was fun for a while but got old for me, regardless of the animations.

Also, there was no IE8 mobile: [link] Guessing your experience with IE mobile was nimble because it disabled a lot of features on the modern web.

I love the windows phone tiled homescreen. This was made using launcher8. I don't like the settings and the overall app because it's not as smooth as I would have liked.

I wish there were live notifications though.

i don't know about android.

but from what i heard, you can customize many things in it. including the launcher as well.

Believe me, I am in the same boat as you. I've been with windows phone/mobile since the days of windows mobile 6.0. I recently made the switch from my 1020 to a nexus 6p.

The thing I miss most is the metro ui and the live tiles. Nothing beats that. One tip for you on android is to use Launcher 8 - [link].

This is the best i've been able to find that can give you something similar to the start screen of windows 10 mobile. Live tiles is still not there, but at least you get the photos tile and the people's tile.

Androids power lies in the fact that you can change everything you want. Want a Tile launcher? [link]

Laucher8 - A Windows Phone style launcher for Android. I've been using for a few months to get the tiles for Android.

However, the latest update made a mess of a lot of stuff. So, thread lightly.

There's an Android launcher called &quot;Launcher 8&quot; that makes your android phone's home screen and main interface look just like a windows phone, but any apps you click will open just like you'd expect an android phone to.

I used this one for a little while, but just preferred the way Nova looked over Launcher 8. Pretty neat though.

While it's not fully everything you wanted, you could download a new launcher onto any android phone (no root required), and a fairly popular one is Launcher 8 which will give you the windows phone look, but opens any app just like an Android would do normally. It's a pretty neat launcher.

Microsoft's apps are built for Microsoft systems, they don't work on other systems. A skin doesn't change how the system works at a base level, it only changes what it acts/looks like. So you can make your android look like a microsoft phone, but it will still only run android apps.

Have you checked out Launcher 8?

We do have tiles: [link]

Android for the win

I think this is easier Launcher 8 WP Style

I don't know if it's actually good though. Most launchers are Android style, horizontal.

I've been using this Windows 8 launcher for a while now and I'm enjoying it:

I don't know if this will help much, but here I go:

As you probably have noticed, these changes are very superficial at best. If the options I mentioned above aren't to your liking, perhaps this guide instead?

There are a few. I suggest just googling windows phone launcher for android

Here is a good one though

If and when you get settled on an Android phone, check out the launcher you can install.

It looks exactly like a windows phone launcher I used to have...

You could also build (or see if you can find if anyone has already built) a theme for kustom live wallpaper.

I have tried [link] which is the best one. It has a bunch of rough edges. .

nope its still there. it has been renamed i think : [link]

You can get the same UI in your Android phone with a launcher! You can customize things like the opacity of the tiles too.

Get This on an android phone and call it a day if that's what you want.

I jumped ship after sooo many years, using this to keep me sane on android. [link]

Android actually allows you to customize the launcher (the homescreen icons) with 3rd party apps thanks to 100% open source core APIs. Here's a launcher app with WP look:

None of this is possible on WP/W10M because it is a 100% proprietary, closed source system like every other Microsoft product. Any customization is only possible because someone at Microsoft had time budgeted for that feature. Same goes for Apple iPhone BTW.

Took five seconds because I'm not a lazy cunt: