What is reddit's opinion of Planets Watchface Android Wear?
From 3.5 billion comments 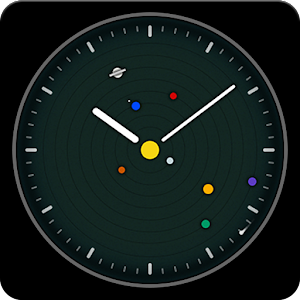 This app was mentioned in 30 comments, with an average of 12.67 upvotes

Several companies make Android Wear watches (I think the one featured in this post might be by Fossil?) and they run anywhere from mid $200s to over $1000 for some designer brands, but most are about mid $300s, I think.

I have an Asus Zenwatch 3, personally, which is rather inexpensive among the competition, but part of that low price is sacrificing GPS and NFC (the latter meaning I can't use tap-to-pay), but also another part of sacrificing the inclusion of those technologies is that the watch body is slimmer, so I love it.

That all said, I'm not the person you asked, so I don't know what brand they have. The story's basically the same though. ;)

/u/flossdaily linked this as another response Moto 360 watch face

It appears to be this watchface

Your getting down voted cause you complemented the apple watch. Good news is check out the planets watch face in the play store, I think it might be what your looking for.

Alternatively, if you have too much money on your hands, you can buy this one here.

Looks like it has a tail, so I'm going to say it's a comet. Took a look on the Google Play page, and apparently it's "Carl the Comet" and has no obvious significant meaning.

> Did you spot "Carl the Comet" eagerly circulating the solar system?

That's all they say about it.

Alternatively, if you have too much money on your hands, you can buy this one here.

It is this watchface but doesn't appear to have been updated in a few years. You might not be able to download it on your watch.

It goes with my watch face.

this is actually a free watchface for android wear. [link]

This is pretty close [link]

Does anyone know how this compares to [link]

It's actually this one: [link]

It's called the planets watch face

This android wear face is a similar concept for those with smartwatches.

This watchface? Or something off of facerepo?

If you're interested in astronomy, this one is pretty sweet.

I really like this one! It's called Planets Watchface and the animation is pretty slick.