What is reddit's opinion of Wear Mini Launcher?
From 3.5 billion comments
created by @mouseofleaves 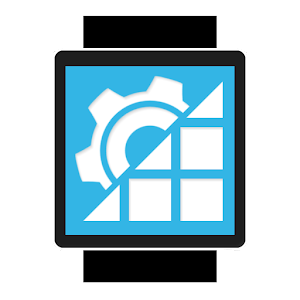 This app was mentioned in 60 comments, with an average of 2.13 upvotes

You can pin the app so when the screen turns off it goes back to the app. It's nice for apps like keep or MTG Life counter.

Pro tip: You can actually just swipe left on the watchface to get to the music controls, provided the music "card" is at the top of the "stack".

Also, Wear Mini Launcher has a screen lock feature (found in the quick settings of the mini launcher on the watch as a little lock icon) to keep the screen on. Just keep in mind that this will drain battery, though...

The app wear mini launcher has a feature to keep the screem from timing out, if you install it, swipe from the top left a couple times until you see a lock symbol, tap that and the lock should appear on the bottom of your screen and it will no longer time out.

Wear Mini Launcher and Bubble Launcher can also do this.

I agree that priority mode is still a huge pain in the ass.

I use Wear Mini Launcher, which has two different drawers:

That quick settings drawer lets me put my phone in "Vibrate" mode, which I find superior to Priority Mode in the first place. This will keep my phone silent while still getting vibrations/notifications on both my phone and watch.

You can also get to vibrate mode by just clicking down on the volume button all the way until it changes.

Install Wear Mini Launcher! It gives you an app launcher and phone settings page which you can swipe in from any side you choose. The way stock Android Wear currently handles the app list is atrocious, so this is a huge quality of life improvement.

Firstly, everyone talks about the watch-face swapping. This NEEDS to be addressed, as having not one but TWO swiping gestures to change the watch face is inexcusable. Let us choose what to bind to that gesture, Google!

Second, I am not a fan of the new notification system. I enjoy the tiny bubble that pops up to tell you that you have a notification, but the fact that they do not collapse together per app like in 1.0 is not preferable. For example: I have a friend who texts me FAR too much. I'll sometimes get 20 messages at a time. The fact that there is a notification page for EVERY ONE OF THESE TEXTS, instead of being collapsed into one and then compiled together linearly so that I can read all of them chronologically is very annoying.

Third, I am not a fan of the fact they removed the ability to simply swipe to open the app drawer. I ended up downloading Wear Mini Launcher to get this functionality back.

Fourth, I am also not a fan that putting the watch on silent does not also put the phone on silent. This would be easily solved as an option in the settings menu to either have them independent, or to have a long press on the silent option in the drop down menu switch between independent operation to affecting both phone and watch.

Lastly, I cannot go into recovery mode now. If I need to fix a problem, I have to factory reset. This is bogus.

I am a fan of complications, and I am a fan of independent apps. But all of the steps forward that Google has taken has also resulted in at least 3 steps backwards per stride.

Android wear 2.0 isn't available for my Moto 360, but I still use Wear Mini Launcher for its ability to hide and reorder things. [link]

Edit: I've just confirmed I can launch it via a touch action in WatchMaker, and not just with a pull from the left edge.

Apps installed on phone that has Wear support will always sync to your watch. However, it is possible to hide it with 3rd party launcher on watch such as Wear Mini Launcher.

Get Mini Wear launcher. Honestly, I installed it and never looked back. Everything about it works nicer than stock, you can customize the colors (I made mine completely black) and it has zero effect on the battery from what I can tell. I don't know if you've tried it or not but if not then try it and you won't regret it :)

Get Wear Mini Launcher (it's free), go to toggles on your watch and enable "lock screen on" (its icon is an eye). The icon remains at the bottom of your screen as a reminder but your screen will remain on till you turn the function off.

I have a Moto X 2014 and I can't remember the last time it disconnected.

I use Wear Mini Launcher and it has an option to suppress the buzz.

Actually no that's the one thing it is lacking. Just shows watch battery, but if you use Wear Mini Launcher you can swipe twice to get to the quick settings which has both battery levels.

First thing you should do is download an app launcher. The default one with android wear is too inconvenient. I use wear mini launcher which I like, but there are some other ones on the Play store.

Edit: Also if you download Facer or WatchMaker, you can get watch faces here.

You can manually uninstall apps on the watch by using Wear Mini Launcher. You can pick and choose whats on the device all at once.

Wear mini launcher- a must

Hand dialer- dialing on your watch

SMS sender- texting people on your watch. Not as good as wear messenger but I didn't want to pay for it

Wear speaker- talk through your watch and listen through speakerphone

instant instagram for wear- if you are into that sort of thing.

There are so many other good apps. I found most of these apps using wear store just because the section in the Google play store is so small

P.S I also have black on black moto and I love it

Roms should not really effect the phone at all so I have no advice there. I am on CM12 on my G3 and have no issues.

For apps your going to want Wear Mini Launhcer, its really the only must have app for Wear that I know of. Other then that Google Keep is handy for todo lists, and the only app I have paid for on wear is Wear Tip Calculator.

Facer is also probably worth a look

Wear mini launcher has a built in toggle to lock your phone screen.

It's built into Wear Mini Launcher, which I love for just the quick settings panel anyway

The wear mini launcher can do this.

Wear Mini Launcher does that, but I suspect it's alsothe reason why my G Watch hangs completely when my phone disconnects

Mini launcher let's you pick apps a little faster might be a good work around for your problem.

Most of the stuff that I use regularly are already built into other apps like gmail and whatsapp, but here are the ones I'd install:

Until the fabled 5.1.1 update finally rolls out to 360, <strong>wear mini launcher</strong> is a must. It organizes your apps and lets you get a quick and easy control panel on your watch. Will most likely be superfluous when 5.1.1 comes out though.

<strong>Lock My Phone</strong> is pretty neat too. I use smart lock, leaving my phone unlocked when I have my watch nearby. There is always some douche that picks up my phone when I'm not looking and I love being able to lock it from my watch while it's in their hands.

Next up, because I'm a douche <strong>Wear Audio Recorder</strong> to record stuff quickly. If you're planning to use this one, you should spend a couple of minutes setting it up beforehand so it's actually possible to understand what's being said.

Just remember, these are 1st generation smart watches, people haven't entirely figured out what to make for them yet. You'll most likely have to wade through a lot of shit to find something good. Have fun!

Edit: All these three apps have apps on the phone where you set them up. Spend some time with them.

Does the "SetTimer" app show up when using a launcher like Wear Mini Launcher?

Wear Mini Launcher has that and lets you add an App Drawer for quicker access.

what are the differences between this and Wear Mini Launcher?

By wear launcher are you referring to wear mini launcher ([link])?

You can use this app to open an app draw by sliding to the left or right of your watch face: [link]

Wear launcher does everything you want.��

I personally would suggest a launcher app like Wear Mini Launcher, Apollo Launcher or Bubble Launcher. Other than that your free to customize it as much as you wish.

One of the functions provided by Wear Mini Launcher will turn off your phone screen and lock it.

Even if it's not a built in option that is a great app to have ..

You can do this from Wear mini launcher: [link]

Try the Wear Mini Launcher for a customizable app list - it uses a hotspot.

I've just switched to this from Wear Mini Launcher. I'm finding it far more reliable and pleasant to use

By wear launcher are you referring to wear mini launcher ([link])?

Apollo Wear Inspector is another app by the same dev as Apollo Wear Launcher and is kinda handy. [link]

>apps are buried pretty deep, behind a wake, touch, scroll, and sometimes extra tap and scroll (to 'start...').

I have mine swipe in from the right. on the left I found I sometimes hit it clearing notifications.

Yes... Agree... Gets better if you install a launcher like this one: [link]

Eh, I think it's a little harsh to call them a 'joke'. I personally wouldn't place any single Wear device above the Apple Watch either, but I don't think there's anything wrong with most of what you listed.

Why do you want your watch to make a sound? Isn't the point of it to use vibration as a silent alert? Your phone can still make a sound, and that's sitting just a few inches away. Not to mention the wasted battery life.

I can see why some people would consider this a flaw, but frankly I'm indifferent. I barely feel comfortable using a bluetooth headset in public, never mind speaking to my watch.

>What a joke of HRM do they have?

I've never paid much attention to heart rate monitor features on smart watches, so could you fill me in here? Is the monitor on Apple's watch considerably better?

Like most things Android, there's an app for that. I actually think launching apps on Wear is pretty simple even without these third-party alternatives, but you seem to disagree so I guess it's worth pointing out.

>No NFC? So I need to take out my phone too?

I agree! More NFC! It'd be nice to work some Tasker integration into the OS too, instead of using it only for mobile payments.

I think this one is a little harsh especially. I've tried out almost every Android Wear device available, and I wouldn't exactly categorise any of them as "shoddy". Nowhere near as nice as the Apple Watch, to be sure, but then Android Wear watches are nowhere near as expensive. Personally I think the LG Watch Urbane is pretty solid, and that's priced slightly more in-line with the Apple Watch.