What is reddit's opinion of Rainpaper?
From 3.5 billion comments 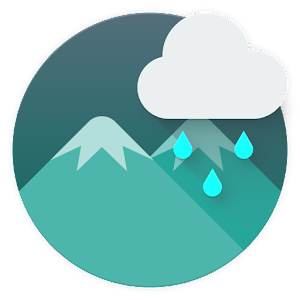 This app was mentioned in 39 comments, with an average of 2.54 upvotes

Full disclosure: I made this app.

Edit: There will be a big 2.0 update in the next two weeks with RAM usage improvements, parallax scrolling, and the option to cycle through multiple on-device images.

Despite the name, Rainpaper has the ability to have snowfall and change the wallpaper also some other customization that you may be interested in.

To use me, type linkme: AppName. Seperate each search by a comma.

Please help me by private messaging me any feedbacks.

Be sure to check out an App called Rainpaper. It pulls pictures from subreddits that you can choose, or from your gallery and changes them as often as every hour.. You can also choose to allow NSFW pictures if you're a madman. I think it also allows video wallpapers too.

rainpaper.. worth the money! im using it, in the comments though many reported memory leak but i consulted the developer and he said note 8 does not have memory leak.. believed him, i bought and tried for 2 weeks now.. NO LEAKS!

worth every penny. do try it...

The wallpaper app is called "rainpaper" on Google Play. You can use any image as your background. [link]

Got my S10+ Ceramic Black 512GB on release day, and wanted to show my homescreen, which looks STUNNING!

So, I have used <strong>DashClock Widget</strong> and extensions since S6 Edge and later S7 Edge, and continue to do so.

The <strong>Rainpaper</strong> app is how I first saw the picture, as I used it to not only cause rain effects on my Homescreen, but also to show different pictures from various subreddits every hour. I will enable that again, but I fell in love with the moss picture with the rain effect, so this is my current darling wallpaper.

The video capture was via <strong>AZ Screen Recorder</strong> set in native resolution recording to my phone, so 4K.

I am not affiliated with any of the apps above, but thought to share a little of my setup to really take in the OLED and processing power of my gorgeous new S10+!

League of Legends inspired theme. I hope you liked it.

It's an app called Rainpaper, it's paid but I can't remember how much.

Allo, so for those who wish to use the Bixby Button for various shortcuts and functions, there are two apps that you can use and install to help maximise said button.

In m case I had three things I wanted to do on my brand new Samsung Galaxy S10 Plus (Ceramic Black 512GB) ����; have two cool aesthetics visuals on my home screen (one was from my S6 Edge and S7 Edge days), to fully remap the Bixby Button, and havea quick access to the <strong>S10+ LED Cover (back)</strong>.

My Home Screen has both various <strong>DashClock Widgets</strong> under one roof, and the ultra cool <strong>Rainpaper</strong> App to give a rain affect on the screen, for no other reason than because �� ��️

The Device Care Widget and Samsung Notes Widget round out the bottom of my main Homescreen.

One of the things that I wanted to control was the quick access functions via the Bixby button. That required the use of <strong>bxActions</strong> app, which in the Pro version (and a PC connection) allowed me to fully remap the button (and deactivated Bixby from launching via said button ��) ��

Next, one of the the things I wanted the Bixby Button to do was quick access the LED Cover Settings for the (vanity) S10+ LED Back Cover. However there is njo quick access to this menu screen. So I created one via <strong>QuickShortcutMaker</strong> app, and selected this under the bxActions App. Now I had direct access via a series of button presses, which is faster than entering the settings menu!

Now that both Bixby Button remapped and a shortcut made for one menu screen, I could create various quick actions via the button; here's a full rundown:

I do this (well something similar) with Rainpaper, fwiw

Just to confirm, is this the wallpaper effect?

I paired it with Rainpaper to have lighting effects and a little bit of rain.

Rainpaper does this really well, let me know if you'd like me to record how it looks before you buy it.

Maybe Rainpaper will do? [link]

I really like it, although it's payed, it has a lot of tweaks you can do and it looks great

> Will my favorite live wallpaper work

Yes, I developed that wallpaper. It will.