What is reddit's opinion of App Ops?
From 3.5 billion comments
created by @mouseofleaves 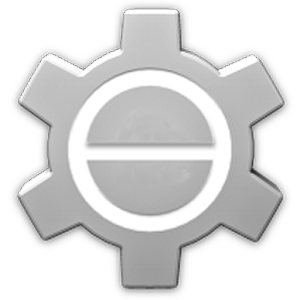 This app was mentioned in 58 comments, with an average of 2.34 upvotes

I use App Ops (Play Store). It lets you toggle permissions for apps AND tells you the last time they used each permission, including if they are using it right now. Doesn't need root if you're on 5.0 or later. Android has a built in permission manager after 6.0 I think but I don't think it tells you when permissions are used.

I used it to track down what was making my phone wake constantly. Turns out it was Google activating the microphone regularly. Probably listening for OK Google even though I have that bullshit disabled.

Haha yes greenify! Instead of BootManager, I used the AppOps app to manage what runs at startup. This also lets you deny specific permissions to specific apps, so now I don't have my GPS turn on every time I open up Snapchat :)

From Android 6.0 on, you can choose what kind of permissions an app may use. This does not include permission to connect to the internet and some other permissions but it is possible to deny Facebook the right to access your contacts.

For Android 5.0 and lower there is a standalone app called App Ops which can manage permissions for you. On Android 5.0 or higher you don't need root, but for any versions below you have to have a rooted phone.

There are apps for handling permissions on earlier versions, though you'll need root: I was recently recommended this: [link] perhaps

Well I suggest you try out one of the AppOps applications on the play store and see if it works. I believe the bad reviews are from those who couldn't get it to work (either they had no root or their device isn't supported). Give it a shot and see if it works.

Try App Ops. If not try Lucky Patcher. Just know that sometimes removing permissions on the now 6.0 versions may cause apps to not function properly and/or crash.

Regarding turning sounds off: Are you rooted? If so, you could use an App Ops App and disable the sound permissions, then an app can't play any sounds even if it circumvents Androids settings (looking at you Whatsapp).

Edit: I understand that verifying this is a bit complicated. One idea that sprang to my mind: you could use your notebook/pc/tablet/etc to verify if any sound got played. Apps like Skype usually show you the input sound level in real time in their settings.

You forgot to mention we need AppOps app (not all ROMs have this build in) [Found here: [link]]

Other than that. I think it worked. I hope. LOL thanks

This one seems to work. It doesn't have "wake up device" or "auto start" options but you can turn off "keep device awake." Someone mentioned it in this thread.

i think android 5 has these features built in ... ?

If that doesn't work, Try a root permission blocker , Theirs a few on the play store already

Also, if you want to just block the internet. Then a firewall is a better option....

You might have thought about it without listing it, but install an App Ops manager to strikeout any invasive app permissions you deem unnecessary. EDIT: Root req'd, of course

And you can always encrypt your phone, though idk if this has any performance related issues for your specific model.

To prevent from auto starting right when the phone boots, I use App Ops. It let's me decide which services within each individual apps can be invoked or not as well as deciding which app can be autostarted when the phone boots. You will be both amazed and pissed off just how many apps decided they can autostart themselves at boot time. Honestly, that should be up to the phone owner, not the fucking app dev. Fucking assholes.

But you want Google Play Services to autostart and have it running in the background as it pleases. It's an important system service for Android in general.

Greenify can't prevent an app from auto starting when the phone boots up.

Also, if you found your weather widget to be useful, you should keep using that. That's not what's draining your battery. Just go into the settings and have it refresh may be every 3 hours or so.

You'll notice that some of those apps have the Disable button greyed out. They don't want you to disable it. I use Titanium Pro to Freeze those I can't disable in Application manager. I'm pretty sure it's the Pro version which allows you to do that. Could be the free version though. Doesn't hurt to try.

I have now installed [link] because this is what i needed.

What is some cool stuff i can do with exposed? just be curious if i need it or not.

Only if you're running anything below 4.4.2. Otherwise, it has to be built into your ROM or you need to use the App Ops app on the Play Store.

Did you try this App Ops? There seem to be multiple apps with a similar name, but this one works perfectly well for me.

I don't understand why you say we don't have App Ops. Maybe your title/post is misleading and you want it without root?

But App Ops doesn't give fake/decoy information to applications, it denies the permission outright and some applications can crash.

You need root in order to use it.

This app does the same.

Yes, this is the app that I used to get App Ops access.

Just discovered App Ops, going to give it a go.

Here's a Play store link to: App Ops if your phone is rooted. Also, Privacy Guard, and XPrivacy.

If you're rooted, "install" App Ops

If your Android is older, you can install "App Ops" that lets you control permissions of your apps: [link]

If you're rooted you can use the app: app ops

You need to be rooted, but yes. I used this app.

I use this one and it works, not sure what sets it apart from the other apps but whatever- [link]

have you checked out App Ops?

Root your phone, then install Apps Ops and AdAway

With M, you will be able to. If rooted, you can use App Ops.

Unfortunately, this is outside of Google's control, unless they lock down the OS like iOS is. The bloatware is a result of Android being open and available for any major company to take, tweak, and load onto their phones, such as the Samsung Galaxy phones, which are probably the biggest offenders of bloatware.

We're getting this in M =D
Until then, use the app called App Ops. Requires root, but it does exactly that - lets you switch off specific permissions, like Facebook's GPS tracker.

I honestly think that Android should not implement all of those features you mention - maybe just bare basics - but instead, they need to open their API more to allow developers to add more fine tuned controls, like what M will be doing for app permissions.

> But this last bit is just my huge pet peeve about how so many OEMs feel a need to create their own version of a Google app.

I hated this, too. When I had my S4, I hate how it came with its own calendar, which was somehow integrated into adding calendar events through Google Now. I was getting like 3 calendar notifications for things. I had to gut out the default Samsung calendar, among other things. Gross.

I honestly think that phone manufacturers like Samsung should NOT implement their own versions of apps that integrate into the Google Ecosystem, and only create and include custom apps for phone specific features - like the heart monitor, or the TV remote (come to think of it, Samsung phones DON'T include a TV remote, despite them coming with an IR sensor)

To be fair, in this day and age, I feel like we are becoming less dependent on storage, not more. Really, the only two things I use my phone's internal storage for are apps and pinned Play music playlists, both which I manage carefully (I only keep apps I actively use, since I can always redownload purchased apps for free, and I only keep 1 or 2 large playlists on my phone).

Other than that, I rely on Drive and Google Photos to keep my stuff off my phone yet accessible. Data access is much easier these days, especially since I'm near wifi most of the time. Even so, taking photos on my phone isn't a big deal, since they get backed up next time I'm on wifi.

So, my pet peeve is that people don't take advantage of all of Android's features, which can drastically change how they use their phone day to day.

The biggest benefit for me was taking advantage of some root-only security measures. I don't remember exactly which security implementations of mine needed root, but I have things like a DNS changer and AppOps, which allows me to deny/allow specific app permissions (like Facebook's location tracking).

Is this the app you installed? [link]

It's still on play store: [link]

EDIT: Oh, I am in /r/blackberry - I'll leave the post here for anyone who also has an android device

app ops can help you