What is reddit's opinion of Flamingo for Twitter?
From 3.5 billion comments
created by @mouseofleaves 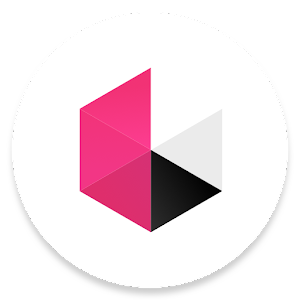 This app was mentioned in 105 comments, with an average of 4.93 upvotes

I'm using flamingo, for me it's the best twitter client out there, it's very customizable and has a lot of features, i totally recommend it

I've been using Flamingo for a little while. It's pretty good, it has a better layout and doesn't use as much battery power as the default app.

Flamingo- It's a Twitter application that runs on Twitter's API. It's Twitter with a bunch of customization options.

anYme- anYme is for anime and you can mark your progress on a certain anime. It uses kissanime (a popular anime site) to stream all episodes for you. Also it has a built in ad-blocker, so no more ads.

Fildo- You can call it a spotify "copy" if you want, but the difference I that you can download songs from the app. Note: this app uses third party websites, so don't blame them for any fake song names.

OgYT: This app is interesting. It can play YouTube in a floating window and it's ad-free, but some people say it's not. You can download videos mp4/mp3. It can get annoying that you have to keep pushing cancel on YouTube update once you open the app. That only occurs ever now and then tho.

Tiny Tunes- Another app to download songs. It runs off of third party websites also, so don't blame it for wrong songs. It has iTunes top songs; which is a good category to look for the "best" songs. All links so far have worked for me.

Terrarium TV: This app has became pretty popular lately. Imo it's not better or worse than Showbox, but it's definetly up there with it. It's interface is really good and it's user friendly. Also gets updated regularly and the links do too. This app has a subreddit also /r/terrariumtv

Adclear: It's a ad blocker. It works just like Adguard but in my opnion it's better. Been using it for months now and it's great.

All links can be found with a simple Google search

Edit: Flamingo is in the Google Play Store

Flamingo by Sam Ruston. Great app, responsive dev and delightful animations across the board.

Oh, and 10x less jankier than the official Twitter app ��

Yep it's not available anymore because the app ran out of API tokens. If you've previously used it then you can still download the app and use it. Flamingo got updated just a couple days ago [link]

Fenix is my next favorite twitter client. Id use the official client but promoted ads are annoying

<a href="[link]> It's paid but worth it imho. Absolutely beautiful and functional, yet simple.

Bonus: It's by the same developer of Weather Timeline

Look into Flamingo. It's still in Beta, but the Dev is super involved and it replaced Fenix for me as my Twitter client. I enjoy the design of Flamingo over stock Twitter.

It uses the marker to remember your last scroll position. But also you can disable auto scroll on timeline update.

You can always install purchased apps, even if the dev takes it off the store.

It's been hyped to hell and back on this sub already, but it doesn't have its own comment here yet so I have to recommend Flamingo for Twitter. I used to use Twidere and wasn't sure anything else would replace it for me. I'd tried pretty much all the Twitter clients I could find that were still being updated (Fenix, Talon, Falcon etc.) and always went back to Twidere. Flamingo finally got me to switch.

The app is Flamingo for Twitter. The font is Product Sans, which is Google's new default font. It comes as an option in Flamingo's settings, I believe, but you can also download it free from Google.

I only use the official app, though I've bought like all of the third party ones. Haven't really used them much though, not even for a full day.

This one is nice, got it, haven't used though [link]

Because of the stupid twitter token limit, he said he wanted it in beta for a bit longer. You can still purchase it for $0.99 though. It has already become my daily driver.

Keep in mind that Twitter prevents 3rd party apps from voting & a few other things that are available in the official Twitter app. The best one for me is Flamingo

Have not tried this app, but ny friend recommends it for sports scores

What exactly are you aiming to edit in a picture?

I really like Flamingo. It's a paid app, I think $1.99, but well worth the money. Good customization options, material design, and overall usability of the app is great.

I already added all the Google apps to the list, right after your very first comment itself. Flemingo, I see was last updated on October 16, 2016 and hence can't be using official API 25, that was released yesterday. Same goes for AL3.

For Twitter, check out: [link]
My new go-to for Twitter on Android, is has the bottom snack bar you are talking about and lets you customize what's on it

Consider trying Flamingo. From the same developer that made Weather Timeline.

I have had it on my tablet for a while, but my phone app still doesn't have it! oh well., Flamingo (Weather Timeline creator) came at the right time.

You have three options here. You can use Twitter Lite which gets rid of all of that noise, and works really nicely on desktops too.

Or, if you just don't want to keep using Twitter, Mastodon is a pretty neat thing too!

Flamingo for Twitter is awesome. Give it a try.

I also miss this feature from Flamingo. I will probably add this soon

I am using this and i think this is best Flamingo

My fav apps this week. Recently paid for Flamingo and pretty happy

I got my new Nexus 5X yesterday, and the first thing I did was to enroll my device on the Android Beta website to get Android 7.0.

Other than that, just play around with it and try out different apps. My only must-have apps so far are Flamingo for Twitter and Relay for Reddit.

Hmm, still shows up for me

Still there for me.

Here's a link if you previously installed it then uninstalled it and then deleted it from your library.

I didn't realise they were still updates going. [link], try this link.

>2016 definitely wasn't the year of innovation of apps...

Yup, it's hard to dispute that. The apps I would add to this list would be Flamingo for Twitter, Hermit - Lite Apps, AutoMate - Car Dashboard, and Swipe for Facebook.

He's the one that does the beautiful Weather Timeline. If you want to avoid facebook, go with Swipe. There's a pro version, but you can run through the free version to see if you like it. facebook is supposed to be removing the ability to message through 3rd party apps soon though.

Flamingo is still around.

This link work for you? Maybe it is regional...

Latest beta update fixed the crash for me. Got it form the play store

Glad you're gonna keep at it! Some of my homescreen apps are:

Some odd ones that I hardly see covered in other packs

The rest look like they're already covered on the list. If you want to work on more let me know!

Here's the Play Store link for anyone interested: [link]

Beatiful twitter app from the creator of weather timeline

Pretty sure they're out of tokens (again). If you can't do Fenix, try Flamingo For Twitter. Personally, I use Fenix.