What is reddit's opinion of Photo Exif Editor - Metadata Editor?
From 3.5 billion comments 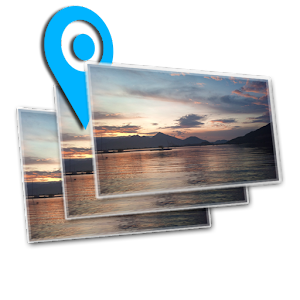 This app was mentioned in 32 comments, with an average of 2.69 upvotes

There are apps to edit the EXIF data, such as this (just as an example, I've never used it, and haven't read the reviews): [link]

You could pre-prepare a lot of the data like camera type, photo size, etc, on a computer, then edit the time, date, and location when you need to.

TBH, if you are running late to work, you probably wouldn't want to waste even more time by editing it, but it would depend on your situation, and how late you actually are.

Edit: I just had a thought; if your boss would spend the time to check the EXIF data, they would probably just do a reverse image-search beforehand, which would come up with the exact same photo.

LPT: If you took the pic with your phone and have exif data turned on, you can use an app like Photo Exif Editor to find the Latitude/Longitude of the pic. Plug this lat/long into something like Google maps and there's a good chance you'll see exactly what this is.

Example here if this is the Crescent Dunes Solar Energy plant in Nevada.

>. It also processes images instantly! The moment I tap to look at the picture it is already processed!

What is the "software" reported as if you look at a photo in an Exif viewer ([link])?

You can use an EXIF reading app to determine if HDR+ was even applied. For example: [link]

HDR+ works by, in the background, continually taking frames and once you press the shutter it will combine up to 9 of those frames (usually) to create the HDR+ image. There are times you can overload it by taking too many photos in a row or too fast, but I know on my 5" Pixel 2 I can take like 12 photos shortly after one another with no issues. Maybe half a second between them?

It's the same on Android - screenshots don't have exif data. You can also send it to yourself in kik and download it, or upload to imgur and download it. You can disable geotagging entirely as well.

photo exif editor also works really well for removing or editing any Exif data off photos if you don't want to disable location for all your photos or lose image quality with the methods above.

Im an android noob too but I'll try my best to explain.

Not the greatest solution as it doesn't find the original date of the images, but at least they're not in the middle of the rest of your images.

My paranoid side is also about Metadata thats embedded in the pic file. I know settings can control what's there, easier to just mass wipe EVERY pic I take JIC. You can fix all the files already taken historically too. Fast n easy free app to use on Android: [link]

If all you do is download files with dates withing a certain range you might as well not download anything and let them text you pictures of the only data they want to give you. Let the accuser cherry pick evidence.

Try this. I haven't tested it but you should be able to re-write location data and other info according to the description

Use this app: [link]

You can view all sorts of data attached with a photo (time & date taken, location, etc...) and remove them. It works reliably and I've used it numerous times in the past.

If you look for exif data on Google Play, the most popular app is Photo exif editor

There is also a paid Pro version: Photo exif editor Pro without ads and with more features.

For what you want to do, the basic app will do the job.

Bummer. Only other thing I can think of trying would be to use an exif tool to overwrite the old data, then reupload another time.

Bummer. Only other thing I can think of trying would be to use an exif tool to overwrite the old data, then reupload another time.

I'm guessing that the app you're using to view the photo files is sorting by some sort of Date Changed field that all files have. This is different than the actual date the photo was taken, as this is stored within the photo file (in the EXIF data), so unless you're sorting on that file field when viewing them, you're not going to see the sorting as you're used to.

You can view the EXIF data of your pictures in an app such as Photo Exif Editor or on the computer using your OS's View File Properties feaure to verify that it wasn't changed just by moving the files to the SD card.

I'm pretty sure that the standard Google Photos app is able to read is the EXIF data and it allows you to view your images by date they were actually taken, so I would suggest trying that to see how it presents the photos.

I just checked, and Imgur definitely does.

That doesn't go to say that you should just trust these online services to scrub the metadata without caching it for themselves first. It really is best practice to scrub it yourself before uploading.

Here is an article illustrating how to remove EXIF data on Windows/OSX, and also how to prevent your Android/iOS phone from creating the EXIF data in the first place.

The next best thing for iOS

I used to think software firewalls on home computers were over-the-top, but depending on who's attention one attracts it may be the time. Windows, OS X and GNU/Linux all ship with firewall software included. Most Internet security software packages include a better-featured one.

Another good idea (and my personal preference) would be to implement a corporate-style next-generation firewall with *deep packet inspection* between a home's router and host access (switches & wireless access points). I'm not aware of any "Next->Next->Finish" solutions on the market, though I am aware of ClearOS as a firewall-oriented GNU/Linux distribution that could be installed on a cheap or spare computer with several network ports.

If I could find one for cheap, I'd set up a Cisco ASA.

Onto another topic: photo metadata. By default, a smartphone attaches the latitude & longitude detected by its onboard GPS receiver each and every time a picture is taken. When those are immediately pushed to the cloud (Instagram, iCloud, Google Photos, Facebook, etc.) that data is read, associated w/ the uploading user and analyzed. This is not something one wants to happen to their range photos, particularly if questionable antics and behavior are involved.

This is how to turn off geotagging on iOS (Apple) and Android.

This is how to remove geotags on iOS 13 (Apple).

Removing geotags on Android requires a third-party app. While I do not endorse any specific app that does this (as I have not used any of them), I am aware that the following third-party Android apps perform this function:

(Google is a data acquisition company and has absolutely *no* business interest in helping users keep their data private.)

This is how to remove geotags on Windows 10:

This is how to remove geotags on OS X:

Yet another topic: personal digital assistants, specifically the cloud-based ones that perpetually listen for their respective "wake word" ("Alexa," "Bixby," "Cortana," "Ok, Google," "Siri"). All of these send voice data to Big Data (Amazon, Apple, Google, Microsoft, Samsung). They all *say* they don't perpetually listen to you, but they could not listen for the wake word if that weren't true. Considering a GDPR request to Amazon revealed recordings that had nothing to do with the wake word, these programs no longer have a place in your home. If you have an Echo-family device, Google Home, HomePod or some other cloud-based smart speaker, get rid of it. If you have a smart assistant enabled on your smartphone, tablet or workstation, disable it.

I see a lot of people asking for this kind of EXIF editing on the phone as well. For those of you deep into Tasker, I have a couple of relevant tasks:

If you prefer a more user-friendly way, there is also the Photo Exif Editor app which I have used successfully in the past.

On Android you can scrub (or change) it locally with this app:

Install this as you can edit add/remove/change the Exif data within a photo.

I deleted by mistake. It was Photo Exif Editor. [link]

Just an issue with the exif data. You can edit it with this app [link]