What is reddit's opinion of YouTube Music?
From 3.5 billion comments
created by @mouseofleaves 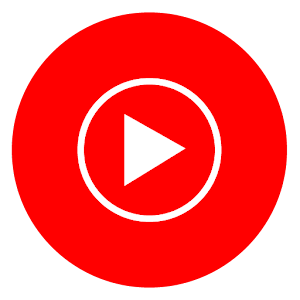 This app was mentioned in 63 comments, with an average of 3.29 upvotes

They certainly didn't brand themselves as it but they accepted and embraced people using it for that.

Well the current Youtube Music already has a dark mode, which is something GPM never ended up adding, so I'm already sold on it if they keep that

Everyone hating on YTM, yet it has a 4-star rating in the Play Store:
https://play.google.com/store/apps/details?id=com.google.android.apps.youtube.music

Maybe we should all put our complaints there instead of here.

Are we talking about the app on the play store called YouTube Music ? Because I've had access to this since before today and I'm starting to get confused if it's just something else by the same exact title or what we're all talking about.

YouTube Music is just a free app that's available to anyone (in the US).

It isn't very useful, however, without a YouTube Red subscription, which allows for no ads, background listening, offline videos, etc.

Ohh, my bad - that was for the YouTube Music app (what is currently replacing Google Play Music). I had somehow already forgotten about the old play app.

Maybe give YouTube Music a shot seeing as Play Music will be transitioned to it.

>Plus it eats more bandwidth that I pay monthly for. Why is everyone trying to watch videos and have the music play on the lockscreen?

YouTube Music is a whole seperate app, not YouTube. You get the option of streaming just music.

Looks like you can also set it as the default music provider for Home/Google Assistant.

This thing. I didn't like it when I had a subscription since the music was compressed to hell, since it's YouTube and all.

there is an official Youtube Music app, that does it without the sub I think. I use it all the time but I do have the sub so I dont know for sure, but it seems to be advertised to work that way.

I haven't used it extensively because I finally just decided to download it myself not too long ago, but I greatly prefer it now - it's a much better music experience. (at least for me)

Also they're giving a 2 week trial away for free if you download the YouTube Music app. At least, they were. They were also giving away a month long trial for those who signed up with a credit card. Not sure if that's still going on.

Edited in link and trial info

You mention that you have a paid YouTube account. Google has an app called "YouTube Music" on Android where you can toggle the video off and just listen to playlists of music. See screenshot.

I would recommend downloading yt music. It comes with red and has all the standard music player functions like shuffle and thumbs up/down.

It's definitely laid out differently, and I imagine will get a UI update when all this goes public, but here's the current YouTube Music.

The YT Music app they pitch as a music platform and offer to let you listen to with the screen off if you pay them a subscription isn't intended to be listened to while driving?

The app is still available, or is it blocked in your region as well?

They do, its called youtube music and you will have to pay.

They have to make money on everything, the next google project is making us pay every time we take a crap.

No its the Youtube Music app (I think its called YT Music). Its an official app from Google.

EDIT: This is the link to it in the play store [link]

As long as you are a youtube red subscriber you can use it.

It's already out! [link]

The official YouTube Music app should do all you're looking for.

I guess you are out of the loop about Youtube Music.

look here, its not an app. https://www.youtube.com/audiolibrary/music

its a start until you find an app.

SEE this app too https://play.google.com/store/apps/details?id=com.google.android.apps.youtube.music&amp;hl=en_US

those are my offerings

Not available in Germany. :(

>I wish Youtube would allow you to play songs on your phone without the video.

What about this app?

I think YouTube Music allows you to do that.

Youtube Music allows you to play in the background as well.

Agreed. It has no concept of a skinny width page. https://i.imgur.com/dOFMkkH.png

Plus, we already have music.youtube.com and its mobile app.

Do y'all not know this is a thing? It's called YouTube Music, an actual app. I don't know if it exists on iOS.

Yeah this is YT music, not google music, Premium is different to YT Red.

Have you used the yt music app?

But isn't YouTube Music a thing that already exists? [link]

It isn't really a different service, but it is a completely separate app, though. [link]

Youtube In a web browser: Autoplay is a setting you can turn on and off with a switch at the top of the right-side box. To get a pandora-like behavior, play any song from the artist, it will continue to choose new songs in the background. Autoplay functions as an automatic playlist when you haven't chosen one, so if you do explicity choose a playlist, or create one by queueing something up with play next, then autoplay resumes when the playlist finishes. I think all the user-chosen contents of the playlist factor into the autoplay choices.

In the youtube android and ios apps, it's very similar. it has autoplay which can be turned on and off and will continue to go to new similar songs when it's on.

The YT music app is a separate app which is designed for listening to music on youtube. The main differences being that it will never play something that's not music, and it has a varitey vs familiarity control.

Background play, offline play, and ad-free play, are only available with Youtube Red, which a premium subscription service for 10 dollars a month. If you have that, you get the those three features on any youtube player, and the YT music app specifically takes advantage of the offline playback permission to create an offline playlist of recommended songs which it downloads over wifi at night. Another little known fact is that a youtube red subscription give you access to a google play music subscription and vice versa. You buy one and you get both because the product is really the combination of both services, and it is marketed through both names.

Also, if you have youtube red, one of the little-known features of the background playback is that it actually won't stream the video portion of the content, since your screen is off, which is important on a cellular network where you have to pay by the byte.

Background play really applies only to mobile devices, because on a desktop, there's nothing stopping you from just playing a video and going to another tab.

I can't tell you anything actionable about how to control the songs you get because the recommender is sort of a giant incromprehensible black box AI. It does seem to play things I like though.

And for the record, this is the link that's not working? Cause it works fine for me.

Youtube has an app called Youtube Music, it does not deliver video - the issue isnt bandwidth, Youtube has the ability to pay less because way more people use Youtube than Apple Music.. It's trading cost per play for increased exposure...

Agreed. It has no concept of a skinny width page. https://i.imgur.com/dOFMkkH.png

Plus, we already have music.youtube.com and its mobile app.

Use YouTube Music instead, you'll have all the music you want.

Also, what does "being a child of the Internet" has to do with liking American music?

People who use the internet also like African music, you know?