What is reddit's opinion of ProShot?
From 3.5 billion comments
created by @mouseofleaves 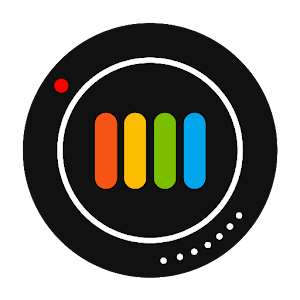 This app was mentioned in 94 comments, with an average of 2.10 upvotes

Edit: Here's a link to it on the Play Store:

It's been my favorite of all of the manual camera apps thus far. And I've tried all of them that I know of. The developer u/RiseUpGames is extremely active working on new features and is very responsive with request as well as bug reports.

It does support raw. The manual camera compatibility check is just crap and gives wrong results.

Currently I would recommend the new "proshot" camera app when you want to shoot raw. It's awesome, at least on the stock 5.1.1 rom. Not sure how well it works on a custom rom ... they can always break things. [link]

It even allows some manual camera controls while recording video ... definitely worth its money.

The proshot app has manual controls for both photo and video mode. It works fine on the HTC 10.

There are others that are great as well, like Camera FV-5 and filmic pro. You'll have to try out and see which one works best.

I don't use wifi calling and don't have my phone with me at the moment.

I downloaded a 3rd party camera app (Proshot at [link]) it's freaking great as far as taking pictures. I like the interface much better than the stock camera app. I like it a lot...so I have no issues there.

For me though....the battery life, speed, etc. are all better than LG android version.

edit: camera app I use

ProShot is the best manual camera app IMO. I tried many others but they are either slow and buggy (Camera FV-5) or haven't been updated in ages (Manual Camera, was really good at some time).

Source: I've worked a lot with the Camera2 API and made this camera app ProShot. I've done a lot of work to make it the best out there :)

When you want to shoot raw or have manual shutter speed try the new app "proshot". It's brand new and on sale until 11th or so. [link]

I've tried camera fv-5, snap camera and manual camera but this new proshot camera is the best imo. It even allows manual focus and exposure compensation while recording video. This app is amazing and has a pretty nice interface.

But it requires the 5.1.1 update which most users should have now on the S6.

Google Camera is one of the worst camera apps I think.

Pro Shot. It has every option you can imagine, and even shoots RAW.

EDIT: Shit, I don't think it's free though. You probably won't find too many good camera apps that are free with shutter options. Sorry. Maybe try it's Demo Version.

Proshot (paid camera app but worth it) handles this much better, and you can lock focus during video capture. Plus full manual photo controls (in addition to auto). [link]

Google camera sucks, Google should feel ashamed of themselves for how poor the user experience is on this camera. I can't wait until I get my s7 edge.

If you want a camera app with more control as well as RAW capture, you should try something like ProShot or the many other camera apps on the Play Store. I find myself not using them much though, since HDR+ is better in most cases.

Nobody ever mentions this camera, but I've tried all the other ones listed here and ProShot camera is the absolute best.

It's updated regularly and even has a manual video mode, which is super useful given the nexus 6's problems with autofocusing when recording.

I think its camera settings and layout are much more accessible and intuitive than Manual Camera, which I had been using.

Edit: it's killer feature, to me, is the ability to save custom camera settings, so you can quickly access them later instead of having to fiddle around with the manual settings each time.

The API to access 60fps video was just added in Marshmallow, so devs are likely waiting on hardware.

Source: I made this app and am waiting to get a new Nexus so I can add high frame rate video :)

I know it's possible on the 5X, so it should also be possible on the 6P since they share the same camera. Unfortunately, it's looking like (for now) the slowest the shutter will go is about 0.1s. To get around that limitation, I've added to ProShot a Light Painting mode that essentially accumulates image sensor output as quickly as possible to simulate a shutter of infinite length. This pic was captured using an early version of that code. I used a flashlight in the foreground over the course of 4 seconds to get that effect.

If you want to have more control over how to take a photo I can recommend ProShot. It has many DSLR like controls (besides an auto mode) It just got a large update. I also believe there's currently a sale for $0.99.

For editing I'd recommend Snapseed.

Or are they likely to make no difference ?

I have tried FV-5 several times in the past including on the new 6P. And I cannot recommend it on this phone. It's super slow, buggy and I have yet to manage a single photo.

I'm using ProShot at the moment. The dev is very active and open to suggestions.

I think what /u/almosttan is trying to say is that you can install a manual camera app from the play store (such as ProShot or Manual Camera) and instantly gain access to more camera controls. Since the Nexus 6P and LG V10 both support the Camera2 API you should be able to get the same manual mode options from both phones.

I'm pretty happy with the results of the stock camera app so far (esp. with HDR+ mode kept on); it takes photos fairly quickly, though HDR processing is a bit slow.

I use ProShot for manual control (e.g. when I have the time to stop and fiddle with settings, since I am a noob at anything beyond point-and-shoot photography). No HDR mode there, but plenty of options for stuff like shutter/exposure bracketing and even light painting.

However I do notice my pixel gets very warm when running it. But features and UI speaking, it's good.

I just wish Google would do two things with Google camera (I'm not even asking for pro controls): an action mode toggle alongside the hdr modes, and the setting for shooting mode to persist through app restarts.

There're a few good apps out there which allow that: ProShot or Footej for instance.

[link] Most full featured camera app, can do what you're asking and MUCH, MUCH, more. Forget Cinema 4K, FV-5, or any of the others. Right now it's on sale too 25% off.

ProShot [link] Also allows you to turn OIS off for video or pictures. Along with letting you tap to focus, manual focus, change exposure, etc all while recording. Has options to record 24, 25, 30 FPS in 4K as well. Pretty much gives you the same control you'd get using the V10 and maybe more. There is a free demo, but it's limited. I purchased the full version and have no regrets. I like that I can set a custom 3:2 ratio for pictures. I print a lot of 4x6's, and 3:2 is the best ratio for that. Much improved noise reduction (IMO) over stock camera, which can be changed between 2 levels, or turned off completely.

And Camera 'N'X is not on the play store. It's a custom app based on the Google Camera. Here's the link: [link]

The Exif data got removed from the photo so we can't really see at which shutter speed it was taken.

In general most smartphones who have an optical image stabilization tend to use slower shutter speeds to keep the ISO as low as possible and the image quality in low light as high as possible. The problem is that the OIS can compensate the shake of your hand which allows to make use of such slow shutter speeds, but it won't help against moving subjects.

The solution could be

a) the sports mode if that works for you

We're currently waiting for the update with the manual shutter speed control, but until Samsung has shipped that you could use third party camera apps that allow it. Apps like ProShot, Manual Camera, Camera FV-5 and so on allow it. What I like about ProShot is that you can create presets, so you could make one for indoor/low light child photos.

A photo with the full exif information would help to see if that's really the problem, but I'm quite sure it is because everything is sharp except the moving body parts.