What is reddit's opinion of A Better Camera?
From 3.5 billion comments 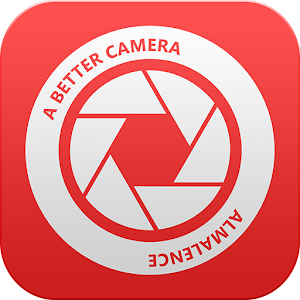 This app was mentioned in 43 comments, with an average of 2.37 upvotes

On my Nexus 5, ABC's Super Mode has the brightest, lowest noise and dynamic range compared to HDR+ and Cortex (haven't used Cortex for a while, it was still in beta when I last tried it, will try it again)

A better camera has a best shot mode that takes several pictures and selects the least blurry of them. Free with in-app purchases, so you can give it a try.

Hopefully its superresolution, not upscaling

I think OPPO and OnePlus phones also have a similar feature

This third party here works very well on my Nexus 5, tends to overexpose quite a lot through

It has camera2 api support along with experimental features like super resolution as well.

I picked it up when they were giving a promo code to unlock all features.

But I still use HDR+ in good lighting conditions

Also Super Mode is great for zooming, e.g. if I'm in the back of the lecture room and can't see well

Also has pretty good manual controls and RAW DNG output, but I'm too lazy to edit manually since Super Mode does a good enough job for me

I quite like https://play.google.com/store/apps/details?id=com.almalence.opencam even though the nag screens is quite annoying at the beginning (it does not come up anymore?) ... has lots of nice pro features, although I'm only using few of them.

Are what I use. Those links are the free versions and very limited, but the full versions are nice with white balance and all that jazz. They just have a learning curve. Android 6.0 offers RAW photography and manual camera controls.

A Better Camera has an icon-based UI that you might find useful, but it lacks some advanced features that matter to me, and does not switch between all the cameras on my phone.

I got stuck with A Better camera (ABC) - great features and it was the only one that allowed me taking pictures in raw. The Lightroom app was producing corrupted raw files with it's own camera feature.

my nexus 5x stopped focusing the camera so the Swift2x in better in that respect, I tend to use the "a better camera" app and it seems to help with any shortcomings. [link] My nexus 5X went into a can't boot, won't boot mode also.

While I haven't tried it with my new-to-me S5, I was able to get slightly better night time shots with A Better Camera on my LG G3. It has a "night" mode.

14? wow, at what point, does it make sense to move them to a desktop?

what do you use for HDR images? I take a lot of them, sometimes they come out too ... HDR-ish, if you know what I mean.

Although my new phone nexus5X, does a good job at keeping skin color a little more true to actual skin color. I use A better camera for HDR.

Did you use the stock camera or a photo app?

I've been using A Better Camera and the pictures it takes are awesome in best-shot mode.

Crappy might have been too strong of a word here, since its definitely decent for this price range. And you are right, Google Camera does seem to have some focusing issues in low light.

Anyway, you might want to try out A Better Camera. The UI is a little lacking, but it does have pretty decent modes for post-processing, such as HDR and Dynamic Range Optimisation.

i've gotten pretty good results by using the app "a better camera" for people/moving objects in burst mode. i keep a widget on the home screen so i can launch directly into burst mode quickly to make sure i get a good shot quickly (great for kids/pets) and i stick to google's stock camera in HDR for scenic shots of inanimate objects like flowers and rocks. i find most 3rd party camera apps, even the ones harnessing the Camera 2 api have poor image processing resulting in inaccurate colors and blown out bright spots.

Sounds that way to me as well.

A Better Camera is another one with an HDR mode, but also has a toggle it calls DRO (dynamic range optimization?) that is similar. In the end, the success of this app will come down to its implementation of these features, and I welcome the new competitor to the market.

But in all seriousness, I think he meant the app called "A Better Camera"

As far as non-ports go, I've found A Better Camera to be one of the best replacements.

Both have great manual controls and RAW DNG output

Both have great manual controls and RAW DNG output

What features are you looking for?

I prefer the following camera apps of which none of them require root to use:

Great list. I have some thoughts to share on most of your points (listed below), but the gist is that Samsung puts all of the best bits of Android in one convenient place that just works. Stock Android, on the other hand, leaves the field wide open to tweak every one of those things to your heart's content, but tweaking might take you to the XDA forums on occasion. Personally, I'd rather have the freedom. And maybe an S-Pen.

My favorite camera app for taking the photo is A Better Camera (I have seen others recommend L Camera, but I prefer to get stuff from the play store vs. github), and my favorite editing programs are Snapseed and VSCO.

Sorry about this, all error is mine.
The only camera app with decent hdr (video too) is this stuff:
[link]

You can launch apps with screen off gestures with the app wake gestures, though it does require a compatible kernel like elementalX. newer version requires xposed.

The other trick the S6 does is keeping the camera permanently in Ram. You used to be able to edit the build.prop in kitkat and earlier to do the same thing, but this doesn't work on lollipop unfortunately. hopefully a workaround is discovered soon, or perhaps an xposed module to keep the camera from getting killed could be an option. Best option i have found on lollipop is a widget for a better camera on the home screen that offers different shooting modes, i like to launch directly into burst mode for spontaneous pictures quickly. This really cuts down on the time from pocket to capture.