What is reddit's opinion of [root] Recently?
From 3.5 billion comments
created by @mouseofleaves 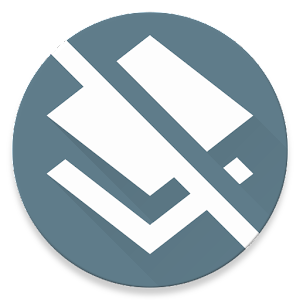 This app was mentioned in 70 comments, with an average of 2.71 upvotes

This isn't an xposed module, but there is an app called Recently that has several options including the option of only showing running apps in the recents list.

install recently if you want this. lets you customize overview menu pretty extensively. chainfire is an amazing developer.

Description With Android 5.0 Lollipop's release, the recents view (multitask button) became overview, and instead of showing you only actually running apps, it also shows you apps that have ran in the past. Over time, this screen ends up listing pretty much every app you have ever run, becomes completely useless, and wastes a perfectly good (soft-)button.

Recently aims to restore sanity, by limiting which apps are shown. In its aggressive 'running tasks only' configuration, it will show you only apps that are actually running right now. Because Android can be fairly aggressive itself with killing off apps, apps you have used just a minute ago may disappear from the list in this setup, and configuring Recently to remove entries that have not actually run the past few days may be the better option.

A number of more advanced options are available as well, such as showing a 'Clear All' button in the recents view (doesn't work on all devices), limiting the number of Google Searches that show up (originating from the Google search bar and Google Now), and hiding the Settings app.

Additionally, you can force remove tasks and documents that are running but have not been accessed longer than the configured age limit. This is a rather extreme measure that will result in tasks being killed, do not use it lightly.

Android is designed to fill RAM. When you close something, it's replaced with something else. It just might not show up in the Recents view. Every time a new app or service is loaded into RAM, it uses power to load and it might take some time to put the phone back to sleep afterwards.

It's OK to close an app if it's misbehaving for obvious reasons. This is when you should care about this function. Clearing anything from Recents should be more motivated by "I don't plan to jump to that for a while anyway" with a multitasking mindset. It would be more relevant if it's "in the way" of jumping to another recently opened app to swipe it away than to swipe it away just because.

However, if you absolutely must use an app, I have enjoyed Recently by Chainfire (the guy behind SuperSU before he sold it). It requires root, but gives you more control over how the Recents view functions.

I know it's more cluttered than it was, but for some reason I still like it, it's pretty.

And if anyone wants to go back to the old way, just download Recently.

There's an app for that.

Set your max number of recent items, how many days items are kept, and choose if settings pages or search results should be listed.

I downloaded an app called recently that works with root to limit the amount of apps showing up in your recents. Seems to help a little for me. I set mine to only show running apps instead of showing literally every app I've used since booting my phone.

"In its aggressive 'running tasks only' configuration, it will show you only apps that are actually running right now."

> an option to not included google now searches in the recents, I dont want a big history of all I do thanks. just keep apps, or give me the choice.

Chainfire's recently let's you exclude google search results from the recents menu. It also lets you limit recents to only running apps, and removes entries older than a set amount of time.

If you're talking about the overview/recent apps button, this was released by Chainfire which, I believe, solves your problem.

If the overview button isn't what you're talking about, sorry for misunderstanding

Not sure if it works on Nougat as it did before, but I used this for a while to manage the recent apps page for a bit on Marshmallow. It requires root access.

If you're looking to increase the amount of apps that are actually running, that may be a hardware limitation or memory management issue.

If you're just looking for a longer list - is it easier to look through those tabs than to just go into the app drawer and select the app from there? I do find that the recent apps list is pretty much useless after 2-3 apps since it becomes too detailed of a search to have any benefit over the app drawer.

If you root, you can use Recently by Chainfire. There is an option to add a clear all button to the recent apps menu. I think the automatic clearing of apps does not currently work in marshmallow.

you'll need root, but chainfire's app recently lets you take control over the lollipoop recents menu. i have mine set to only hold up to 16 apps, and for only 2 days. it's really great if you hate the stock clutterfest.

Thanks for suggesting Recently. Setting Age and Entry limits to 'Running apps only' is perfect. I'm definitely purchasing the IAP because of Freeloader Mode. Very gracious.

Are there any volunteers for testing the recently app? You need root.

I don't know why but recents works as fast as aosp right know. Multiple reboots, 20 apps open, waiting for one hour... it always opens under 0.5 seconds.

In the settings under age limit "running apps only", freeload, and launch on boot. I just want to rule out placebo. I don't understand why it works, it just does.

I don't use chrome anymore (switched to Opera) so I don't remember too clearly but its in chrome settings, not the main phone settings. Furthermore, if you're rooted try "Recently" to customise what appears in the list even further. [link]

I use 'Recently' app.

Recently limits the number of recent apps visible in the recents overview in Lollipop. Requires root.

Try Recently; I hated the recent apps drawer until I started using this.

Recently works great for this.

Why not use Recently?

>I'm not talking about browser tabs.

Here are my settings.

In this app, there is a setting to add a clear all button to the recent apps list. I've been using it for months. Works great.

If you are on 5.0/5.1, you can use Chainfire's Recently to get back the KK style app switcher.

Swipe away to your heart's content, with this installed, you won't be killing, just hiding.

Have you checked out Recently? Might save you some work.

I don't know about the ring you mentioned, but this is useful.

From the sounds of it, you'd like Recently, if you're rooted.

if you have root use this [link]

Recently by Chainfire restores it to it's old functional self, but it does require root.

I think that's how touchwiz or marshmallow works. try [link]

Not sure if this apps is still working (or even working in 6.0), but it may help you unclutter the recent apps menu. [link]

There's recently of you're rooted.

Even Recently does it w/o Xposed

If you're rooted, try Recently. It is configurable and can keep however many apps you like open.

maybe recently can do this?

Not without an app (or custom ROM) but if you're rooted you can use this:

If you want to add a "clear all" button to the recents screen, the Recently app does this and more.

Yes, but it requires root: [link]

If you are rooted check out Chainfire's app recently [link]

If you're rooted, Recently by Chainfire should fix your last problem.

If you're rooted this might be something for you: [link]

but this is usefull [link]

If you're rooted, the app Recently will do that. Also you can add a Clear all button to your recents.

If you are rooted, Recently gives you the option to have a close all button.

Recently I installed an app called... well Recently that, while adding a close all button to the recent app list, also allows you to specify how many apps you want held in memory. Stock the nexus 6 holds what seems like an infinite amount of apps in the background. I set it to limit to about 20 and allow it to kill apps that haven't been used in a day or 2. After this I have noticed the phone feeling a bit more fluid, or less likely to slow down after a bunch of up-time. Feels more like a freshly booted phone for longer.

I know killing background apps isnt the smart thing to do, but I dont see any reason to keep an app "running" when I use it once a week or launch it by mistake.

You will need to be rooted to use this though. [link]