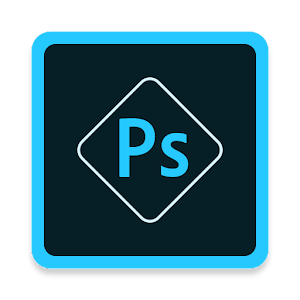 This app was mentioned in 53 comments, with an average of 1.26 upvotes

Errrm why bother with editing on PC? Here: [link]

Here's autumn in my park. Shot raw with nexus 5, processed on the phone. [link]

I use Adobe Photoshop Express because it's free, but I know Photo Mate R2 is a very popular choice for editing (and viewing). Haven't tested yet because it stands at $9.49 on Play, and I tend to use my more powerful laptop and GIMP (free), so the need isn't there. Might consider downloading for another feature article. Any interest?

Adobe Photoshop Express is free on the app store and is amazing for simple photo editing.

It's probably on IOS as well

PS Express is pretty good for that, and it works on android! It’s what I usually use for that sorta thing. An alternative would be canva, but I find it’s a bit harder to make neat collages with.

Most artists are very aware that they have a limited amount of time and demanding clients. They use the best possible tools they can afford.

There are amazing art programs for art tablets. Our artists love the Cintiq 22 HD, for example.

Developing high-performance, input intensive applications for Android tablets is a nightmare. Just look at the Android SDK's support for pen inputs, or for bluetooth mice, and you'll have some idea why Photoshop mobile is the way it is.

There are better options on the iPad. I know a few artists who use an iPad Pro as a sketchpad when they're on the go. But once they're back at their workstations, they use the Cintiq 100% of the time.

This is definitely my favorite editing tool. So many great filters right out of the box. Also has a collage capability.

Obviously it's nothing close to the desktop experience. But it's awesome to have some options.

The free Photoshop Express photo editing application has easy to use cropping templates, and one is your device's screen size. There's also some nice text templates which would be perfect to make a quote as your wallpaper. That's what I would probably do.

Alternatively, the native gallery app has some awesome fonts including some cool gradient colors that you could do .

Just typing out the quote yourself on a background instead of trying to screenshot one of the internet is probably your best bet.

Btw, I use Photoshop express ( [link] ) and Photo editor ( [link] ) Both are recognized

I use Photoshop express! It's pretty darned cool. Of course it doesn't have all of the features of regular old Photoshop... But it's free in the Play store.

Photoshop Express by Adobe is free and allows you to add text to a photo. It’s also useful for photo editing if you ever happen to need it.

Going off on a tangent here, but how is Photo Mate? I've always used Photoshop Express to edit RAW, which is free and plenty good enough for editing a single photo for a quick social media post.

You really ought to be importing the raw files to a desktop and using Photoshop to get the most out of them, but Photoshop Express for Android can handle the files: [link]

the raw files are stored alongside your .jpg files (\dcim\camera\ by default)

I just played around with the Photoshop for android app. I do most of my phone pic edits with it. You can improve an image by just tweaking a couple of bits. [link]

Thanks! I'm by no means an expert, so when I edit DNG I tend to just make a few minor tweaks in Photoshop Express like pulling down highlights/changing the color temperature and tint/noise reduction (not free, but you get a trial of noise reduction and "Defog" if you make a Creative Cloud account).

One thing I've used to clean up my cell phone shots is Adobe Photoshop Express.

your art is really nice though!

EDIT-these links are for free smartphone apps, not the desktop program.

PS Touch (an official Adobe product) is the best mobile editor I have ever used. It was discontinued for... "trendy" reasons. Adobe essentially split the application into several. Yes, they are more up-to-date and have features that PS Touch didn't, but I find the concept of cropping and scaling in one app, then sending it into another to heal and clone stamp utterly stupid. I do use some of the newer apps for very few tasks, but PS Touch is the backbone of my mobile edits. I would download Adobe Photoshop Express, Adobe Photoshop Mix, and Adobe Photoshop Fix.

Of course it does!

It's pretty sweet too, I bought it

Have not tried it yet but this looks promising. Photoshop Express version. [link]

Not 100% certain if it can do all you want, but it's where I'd start looking.

It works great. Especially for cropping.

You mean like this ??? ... Photoshop Express does that... but the output is saved as jpg... and you'll need to reconvert it to png using this app

And what about the multiple cropping tools such as this ? Are you sure you never heard about them ?

Not available in all countries yet? This is the only one that I could find link

I use sketch in tandem with photoshop express

There's a couple that I used throughout the years.

Photoshop Express: All is needed is the auto enhance for brightness, gamma etc. Also the red eye removal works the best out of all the apps that I tried.

Afterfocus: Blur the background selectively. Takes a bit of practice but really easy to do.

Toolwiz Photos: This is what I use for adding text, creating memes etc. Also has Prisma filters as well as effects, filters, pic in pic, face swap, etc.

Their is Photoshop elements and photoshop for android .

Litterally different parts of and android-phothsop-ish ting from Adobe

lol should I keep posting- they're prone crashing..like a lot!

[link] just in the playstore, it is the Express version but still very good

Use this lol it's better for making memes

I recently bought a Samsung Chromebook 3. Mine has 4GB of RAM, but the 2GB of RAM version is $159 on Amazon.

I then switched to the Dev channel, which gave me the Google Play Store (now that you can run Android Apps on newer Chromebooks.)

I then installed Termux, a little Linux environment. I can run git, subversion, emacs, vi, redis... I can program in Go, Python, Java, C++...

I also installed Mupen64, a N64 emulator. I can use a bluetooth controller I bought for $20, and it works great.

Boots crazy fast, has great wifi, great battery... And it's a laptop that I bring with me everywhere. Hard to beat that.

Interesting... Photoshop Express for Android has this feature as an in-app purchase. It worked really well there too.

Then there's the fact that I do not have access to the core of iOS, nor its source code, nor the kernel's source code, nor any alright documentation about any part of the system. Nevermind the fact that it's on the stunted bastard of BSD, that thing you know as XNU. Nor do I really have any form of reliable access to root in any sensible/usable way. Android simply offers a whole crapton more system wise than iOS ever has, does and will do, considering Apple's nature and hate for homebrew.

You can use it on your phone

Then apparently you either

Both Adobe Photoshop and GIMP have android apps.