What is reddit's opinion of 3D Parallax Background?
From 3.5 billion comments 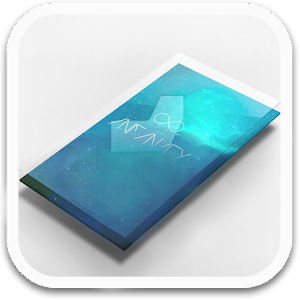 This app was mentioned in 58 comments, with an average of 5.98 upvotes

> Do modern android phones have it?

It was available on Android much earlier than iOS, via live wallpapers. Some even let you create your own backgrounds with 2, even 3 layers instead of iOS's single layer illusion. It did catch on, but at the end of the day it's a niche gimmick not really a functional advancement so it caught on only as much as other niche options like DIY widgets etc did.

There's an Android app for 3D backgrounds that I stumbled into a month or two ago. You can use your own pictures and add in your own 3D layering to create a personalized 3D background on your 2D phone screen. So we can use any image we want to create one of these weird 3D versions that will actually move based on perspective. Any existing image at all will do the job.

Applying this technology to memes is basically the next phase of evolution for mankind, from what I can tell.

Have you tried any of these with parallax?

Biggest deal breaker for me is that it doesn't scroll. I'm so used to wallpapers scrolling that it feels really weird when they don't. It also could use three layers instead of two, like this one does--the effect becomes much more impressive then.

This app for android!

I made the painting in three layers- head, body, and background. The app uses the phone's accelerometer to handle the motion.

I've recently been giving the whole Microsoft experience a try. I have the Microsoft Launcher currently using the Bing daily wallpapers. Homescreen

I normally use Nova along with a KLWP wallpaper with a few widgets and stuff, but giving this setup a try. I recently picked up this for 3d backgrounds, but with my 6p's battery being fucked, I don't want anything to drain the battery too bad.

Oh, and using Whicons for app icons, but it's kinda leftover from my last setup, just haven't changed it since. It's also kinda hard to pick a pack with revolving backgrounds.

Buy the app 3D Parallax Wallpaper. This allows you to customize your own 3/4D parallax wallpapers or use ones they have created.

I've done my own 3D parallax with this app. It soretty simple, 3 levels of pics need to be uploaded then you can probably post it here

I've been using 3D Parallax Background for a few months now. Apparently if you're savvy enough, you can make your own backgrounds - it's a 3 layer system and allows you to customise the amount of shifting based on your sensor readings and so on.

It works great for me, doesn't ambush the battery like I thought it would and has some cool backgrounds by default as well. That'd be my recommendation.

3D Parallax Background is really cool for making your wallpaper move with input from your phone's gyroscope.

Why is everyone saying this is fake? There are a bunch of different apps that do this on the play store and this is exactly what it looks like.

It's not fake, it's using the gyro + a parallax effect. The gif makes it look more 3D than it really is because it's a 2D gif.

It's also nothing new. There have been apps that have used this effect since Android was first released. It's a neat effect but works best if you close one eye. If you're looking for a live wallpaper version, try something like this:

The one in OP's gif might not be in there but there's plenty of similar ones.

(Also, don't stress about the battery usage. Your phone is polling the gyro anyway and shifting some images around is hardly work for modern phones.)

I use a parallax wallpaper app for main screen and the default green wallpaper for the outside screen. It blows people away when they go from simple wallpaper outside to the parallax one inside along with the bigger real estate.

This is a paid app but am sure you can find free related apps.

Bit late with my question, But will an app like [link] work properly on a Oneplus 6 and/or is there a better free app thats similar?

I've been rocking a parallax wallpaper app for like a year now. It does cost like two dollars or something but i really enjoy it.

Here's the link to it:

I guess on Android the 3D effect could be made via Parallax Background , I am using it for a year now and love it so much. You just set the 3 images with transparency on top of each other and then when you move the phone those layers of background move with the phone! (I don't have custom background, I just chose one from the gallery they have in the app)

This one by far, fantastic moving backgrounds, I particularly like the theme named Forest. 2 bucks for the app I think.

This one isn't bad. It has a zoom in and out feature, and you can set your own background too. Also, you can turn down the 'parallax' effect if you want.

That's a pretty great wallpaper app, limited to the wallpapers chosen by these developers, but there are over 100 for your daily options.

Ah, this one? I guess I didn't try it yet since it cost money, but I guess it might work! Maybe I'll buy it and give it a try.

Edit: Seems to work, sweet! Thanks for the tip. Like I said, I probably saw that app while searching, but didn't try it before since they didn't have a free version/demo. But bought the app now. A quick first attempt.

Not sure, but I think he is using this app: [link]

Haven't tried it myself, but it's tempting.

I just tried about 10 different apps, but all the free ones seriously suck, unfortunately. The one I use isn't free but it's worth it in my opinion. Here's the Google Play link.

If you seriously do not want to pay, you can use this one. It's full of ads and spam and a bit of a PITA to use, but it will give best results out of the free ones I tried.

The images you'll need can be downloaded here. Download them to your phone, ideally create a new folder.

I'll attach a quick explanation on how to setup below. Enjoy :)

Edit: Shoutout to u/ResistentDrone for the idea and the source image.

Here's the app I used for those kind of wallpapers:

It’s not available on iOS.

My bad. This is paid though

You'll need to download 3d Parallax Background and set it as a live wallpaper.

Go into settings and check the boxes shown [link]

Check this amazing 3D Parallax Background app at: [link] This app in the play store

I found a better app (higher quality, and it's newer).

Why is this not available for iOS as a jailbreak tweak? ��

I recently downloaded this app and thought it was pretty cool. Otherwise, r/Verticalwallpapers maybe?

I use one that's called 3D Parallax Background. Surprisingly, it barely impacts my battery usage.

Wallpaper Parallax wallpaper from this app

If you're looking for this Android app 3D Parallax Background

btw link to the app https://play.google.com/store/apps/details?id=com.vinwap.parallaxwallpaper