What is reddit's opinion of Night Mode Enabler?
From 3.5 billion comments 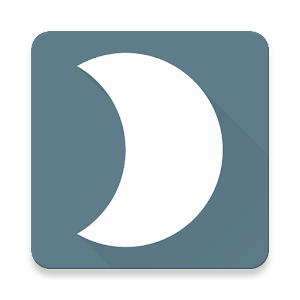 This app was mentioned in 81 comments, with an average of 5.57 upvotes

I just published an app that will give you access to the Night Mode quick tile on the final N build - no root or anything: [link]

You'd need to enable it through apps like Night Mode Enabler or Night Light.

I just published an app that will give you access to the Night Mode quick tile on the final N build - no root, no adb or anything: [link]

If you have 7.0 its actually already a feature able to be activated in the system UI tuner. Download this and run it, it should put a night mode icon in your notification panel, and to enable settings for it you have to long press on the icon.

I just published an app that will give you access to the Night Mode quick tile on the final N build - no root, no adb or anything: [link]

Doesn't have the fancy start/stop times, but requires 0 setup with a computer or root.

You can download this app by /u/bmwracer0 that enables it, without the need for root or adb. This was posted on this Nexus5x thread if you want more info.

Use Night Mode Enabler. You'll need to have updated to Android 7.0.

This works far, far better than Twilight which just applies a clumsy red tint to everything, thereby lightening the black onscreen. Android night mode, which this app enables, actually works as a true blue light filter.

It is disabled but this guy made an app that enables it for use was very happy about this because having it built right in and just works.

Depending on which version of Nougat you're running you may be able to use the built in night mode which doesn't show up in screenshots.

No, I'm not missing the point. They took it away because it seriously wasn't ready to even be a part of the System UI Tuner, which features there even state that they may disappear as options later. Even then the ability to use the Night Mode didn't disappear, you just couldn't access it the standard way. Using an app like Night Mode Enabler you get to have it unlocked again if you're interested in using it, glitches and all.

I lost my night mode a few days ago because of a wipe. Used Night Mode Enabler on the Play Store to get it back. Updated to 90X yesterday, it's still working.

Not officially, but I was able to get it working on stock 7.0 on my 6P using this app. I had to enable it and reboot a few times but I've got it now even after uninstalling the app. [link]

If you're on nougat; The night mode can be enabled.

Might take a few tries but it should add a toggle in the notification bit.

This adds a blue light filter tone to the display.

I've added it as a quick settings tile in one of the developer previews before it disappeared from the settings menu.

I believe you can enable it with this app: [link]

That will let you enable a hidden feature in Nougat. It's basically a built-in blue light filter which is absolutely amazing.

you can use a better one which enables the hidden feature in the phone, i've been using it since my g4+ got Nougat which doesn't show up in screenshot, plus, you can uninstall the app after activating it

The are many apps that do just night mode, but then there also are apps that have something like 20+ tiles on them.

I don't know if this still works or if there is another option out there, but Night Mode is still baked into the code even on Nexus devices that don't officially support it. When I had my Nexus 6P, I used this app to enable the Night Mode toggle. I have a Pixel XL and a Pixel C (which doesn't support Night Mode), but this worked very well on the Nexus 6P. Good luck! There are other apps out there that claim to enable this toggle also.

If you use a Nexus device you can enable the hidden Night Mode that is low level (read kernel level).

It's a fully implemented feature that Google just hide. It was there throughout all the dev previews but taken out for the stable launch. This app is one toggle and boom, bob's your uncle.

Peloton Tread/bike run Android 7, google built the feature into system settings but hid it. To enable, need to install Night Mode Enabler. It’s not painless - but is possible - to install other apps. Instructions in our wiki here.

The newest tablet coming out will have it because it runs Android 9. That’s for the new hardware, tablet model # TTR01. When the tablet is released, the filter should be at Settings > Display > Night Light

Have you tried Night Mode Enabler? On some systems the night mode is built in but not enabled (automatic mode might have performance problems, I enabled it all the time on my Moto G4 and it works well).

Try this one please

Found another one with quick tile option [link]

First, depending on your Device and Android Version, you might already have the feature hidden away in your operating system:

The code is buried in stock Android Nougat, but has no way to access it. It was available as a feature in the Beta Preview builds, but didn't make the cut in the stable builds. You can use an app to access it:

Since I don't want to type out instructions, here is a guide to get it working:

If your Device or third -party version of Android doesn't have it:

So, F.lux and CF.Lumen are superior because they actually adjust the color temperature without diluting the dark/black tones; however, I am not sure if that effect is possible to replicate without root. This is why you need root to use these apps.

Twilight will basically just take a flat color and overlay it over the screen with transparency. This helps with reducing brightness and blue light, but it can make things a bit harder to read/see. This might also depend on the "opacity" of the overlay and may not bother you as long as the effect isn't too strong. Plenty of people use and like Twilight, but it won't be exactly like night-shift. Give it a try and decide for yourself. You may not have any better options without root.

Since I am on a Nexus, I have it build in to to the OS.

Based on another app that enables night mode on phones that have the native systemui tuner available (pretty much every phone other than LG and Samsung), I don't think this implementation of night mode supports any other parameters. See the video at [link]

Have you tried using Night Mode?

Toggle on the night mode and see the effect after some time (it started to show its effect as soon as It was enabled and fixed the issue within 20 minutes).

[Q]. What will happen if I toggle off night mode? [A]. The Screen burn will occur once again.

It was pulled out (hidden) during the final dev previews for Nougat but it's actually still there. This simple app enables night mode on 7.0.

This app will enable it in the System UI Tuner settings. Night Mode doesn't dim as much as I would like so I also use the Twilight app.

It's built-in to nougat, but you need the Night Mode Enabler app to unlock it (google backed out of officially releasing it because its not bug-free yet.. but I haven't had issues)

If you don't have nougat, you can do it by rooting your phone and using F.lux.

This will immediately enable night mode, no root, no nothing. I think you can even install this app once you get the night mode tile back.

u/bmwracer0 made us an app! [link]

This one should work without root/adb [link]

Haven't tried as I already have nightmode from previous dp

I tried this on my x compact and it worked. Love me some night mode:

Try this app. Enables the night mode again. No root required. Tried it on my Pixel C and Nexus 6P. Works perfect

It wasn't removed, just hidden. So you can restore it with an app.

Have you seen the app that attempts to enable it?

It's worth a shot, worked on my Nexus 6.

For 7.0 there are some apps like this one [link]

Just install this app app..[link] Then go into your toggles and press edit it will be there.

Or just install that one Night Mode enabler app in the Play Store.

You can use this really really simple app to enable it on the final version: [link]

Disclaimer: I wrote this.

[link] try this. Should enable a tile for bluelight filethat is native to 7.1.1. Dont have phone to test though.

It's hidden. [link] this should enable the tile, but I don't have the phone to test.

You can enable the toggle with this app.

Or get the app from here: [link]

I'll just leave this here, you don't need root to re-enable it.

[link] this should work, it enables the setting to enable native blue light filter. I hope it works.

This worked for me although I enabled it quite a while back. You can delete the app once it is enabled.

Yeah I used this one [link]
hope this works for you!

Use this app for night mode: [link]

Nop, you can give it a try though. Didn't work for me.

It's a little fussy but it should work.

There's an app you can download that gives you night mode. I believe its called night mode enabler. Here's the link: [link]

If you're on Android 7.0 you can enable night mode with some ADB commands or by using this free APP. [link]

If you install this app you will be get night mode functionality back and can place the toggle in quick settings. [link]

This is the app You don't need to keep it installed after enabling and it survived a couple cm flashes so far.

This allows you to reenable it [link]

How about this: [link]

Warning though -- you may have to fiddle and reboot a few times to get the tile to appear.

~~You can enable it on any Nougat device by installing Night Mode Enabler but you need to also enable the System UI tuner for it to be added to the quick settings and once its unlocked/enabled just uninstall the app it shall still be there.~~

It's still available for the hardcore users like us.

That should do what you want.

Hell, there's an app for it.