What is reddit's opinion of Pixel Launcher?
From 3.5 billion comments
created by @mouseofleaves 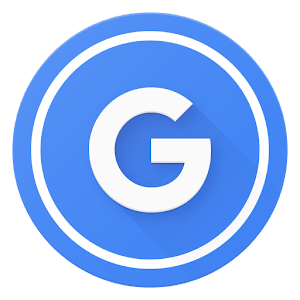 This app was mentioned in 51 comments, with an average of 3.61 upvotes

I've seen a few of these suggestions around but I had to go digging to find the solution to why I couldn't get it to work for me. I'm going to give a list of things to try.

The last one was my solution. I forgot that I had disabled these way back when Google Now was new.

Edit: If Google is derping in your country this is the most recent version of Pixel Launcher [link]

So why does the Pixel Launcher only have 500k - 1 million installs?

Apps like Hangouts and Google Maps have been installed a billion times since it comes pre-installed on phones, so I would assume preinstall numbers count for Google Play's install stat.

It's a preview image for their android launcher.

Basically you can make your android phone's homescreen look however you want by installing an app that replaces your phones default launcher. This looks like it is Google's official launcher that they put on their Nex.. uh pixel devices.

Edit: added explanation as to what launchers on android do

But as dimo2 pointed out, you can get this look with Nova Launcher as well.

Either keep an eye on this page: [link]

Or, look around and see if someone that has a Pixel or the Pixel factory image to extract it for you.

edit: Or compare the version that is currently on the Play Store: [link]

Just search for it...It is the new launcher that all pixel phones use.

For some reason, the Pixel Launcher needed to be updated via the web for some people. It's like the app store on the phone just wasn't recognizing it as an installed app. Once it was updated manually via the web, you could then swipe over to the Google Now screen and do a pull-down to refresh. This should pull the latest weather info based on your location.

Maybe check out the Play Store page for the Pixel Launcher. I don't have my phone yet, but it's possible there's an update that wasn't quite ready before the phones were packaged and shipped.

In the launcher settings,

-Go to google now. In the settings select customize. Scroll down to"everything else." In there you'll find multiple options for weather in certain places. Ensure they're all enabled.

is the launcher updated?

You literally search "Pixel Launcher" on the Play store

If anyone has the 7.1 preview, can you confirm if you're able to download and use the pixel launcher available on the play store or not?

Oh, Android has a basic search function. Many manufacturers override it. This is one of the reasons for the popularity of "Pixel" Android phones -- They demonstrate a clean default behavior that Google's often been frustrated in getting to customers. The UI is the main reason I stopped using Samsung phones. Their UI is very heavy handed and makes a lot of assumptions that are not always correct.

If you want to "fix" this problem for yourself, try installing the Pixel Launcher. Note that the thumbnails shown clearly demonstrate that a search bar is available.

I'm not entirely sure, you should be able to uninstall it and then download the pixel launcher through the Play Store but don't quote me on that

If you configure your device for adb access, you can undo most of the bad things with the correct adb command. E.g, if you accidentally install an incompatible app like an alternative home screen, you can use adb uninstall com.package.name to uninstall the app. The com.package.name is the part of the URL after the id= when you search for the the app on the web Play Store such as [link]

If you mean this then no, afaik (I'm not running stock so can't confirm).

However there are loads of third party solutions (launchers, mods) that will get you a 1:1 (or very close) Pixel launcher even without rooting.

The APK sites sometimes have access to beta builds but I agree I use the Play Store version only.

If you search on you phone it'll only show compatible apps. You can find it on PC [link]

Pixel Launcher wont be in the app drawer. But it is in your app list (settings/ apps/)

click on this [link] and hit update if you haven't yet. wait 10mins and weather should replace the date on your home screen-

I am able to search for it now that I have it installed.

For those who can't find it, try following the desktop link: [link]

That did work using the link and it lets me update. Weird How I cant see it from doing a search from Play Store. Thanks All hope this fixed the weather widget issue.

Don't know if this is relevant, but I can install the Pixel launcher from the play store. Or was it released for everyone (Nexus) to install?

It also shows available in the Play Store. That might be because I have changed my device type to Pixel for the Google Assistant. :-)

I just installed this last night and so far it's been great. Not a single crash or drop in framerate, all apps I've tried work fine.

My one question is, and it may be due to my ignorance, is there a new "N" Launcher? If so, how do we get it? I just installed the Google Now Launcher, which is still cool, but I'd like the "N" experience :)

EDIT: I realize there are apks for download. My true question should be: What is the most "proper" way to get the launcher? I just kind of assumed it would be part of the GApps (or maybe it is and I downloaded too small a package?)

EDIT Again: I remember about 5 minutes after writing this that it's now called pixel launcher: [link]

"This app is incompatible with all of your devices"

This is the link to the Pixel Launcher, I'm not sure what phones it's compatible with though.

Update then wait 10mins or so

It's Android they have almost exactly the same customization untill you get into very specific rooting things.

Honestly. I have a Pixel. It's smaller, it's got some quirks in the saving / file system I need to mess with and the battery is OK. However the small is 32 GB and I'm at 20.69 GB / 29.70 GB with mostly apps alone. The expandable memory of Samsung is nice, especially if you travel a lot and need to throw movies and music on it instead of streaming.

Speaking of streaming set up Google Photos and Music to upload your entire library and save some space.

I think the google now launcher was deprecated in favor of pixel launcher. Have you tried that one? [link]

Am i missing something?

image in the article

That's the Now launcher I think, do you have this installed?

I didn't know aobut this one. I'll have to check it out if it's available for my phone.

> Yeah but you can't download it/install from the playstore.

That 1.5 billion is active users in a 30 day snapshot on the Play Store as of Sept 2015. Morgan Stanley has Pixel sales estimated at about 3 million units by years end with overall sales numbers being around the 10 million unit mark.

If we assume that Google hit halfway, which is substantiated by the number of installs for the Pixel Launcher, that would put the number of devices that come preinstalled at a bit over 1 million. Even with the Nexus devices running 7.1 beta, which let's be honest isn't a huge amount in the grand scheme of things, it isn't shocking that 7.1 hasn't hit 0.1%.

Do you mean this?

It's official in the Play store....

Have you tried installing from a PC?

Says not eligible for my device however...

Its already available to anyone.

Looks like your launcher isn't properly tapping into the unread counts. I think Google did something recently that changed/added/updated how this was done. Can't remember what exactly, but I read about it somehwere.

And the Pixel Launcher does not tap into this feature, which is strange by itself. Google is funny like that.

So other than that exclamation point, there are many other things I'm seeing that prove you aren't using the stock Pixel Launcher that came with every Pixel. Looks like you did a copy/transfer to your new Pixel by plugging in your old phone (probably a Chinese brand... Oppo/OnePlus? Xiaomi? Looks kinda MIUI-ish to me) and it copied over the launcher from your previous phone.

I wonder if you've even got the latest version of the stock Pixel Launcher on your phone... try going here to update it.

You've been using your phone for a month without the true launcher for this phone!

EDIT: found what I read... so a recent update on Google's Messenger app allows it to display unread SMS counts on the icon, even though the Pixel Launcher doesn't support it... probably coming soon though in a future update to the Pixel Launcher

Needs root or a custom recovery. Just put the pixel launcher apk in /system/app and reboot.

For play store, I don't know why it doesn't show up for your phone. Here is a direct link, try this.

They manipulate install numbers on their own app. 1.