What is reddit's opinion of Hearthstone?
From 3.5 billion comments
created by @mouseofleaves 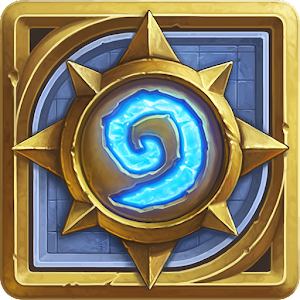 This app was mentioned in 166 comments, with an average of 7.28 upvotes

You might be interested to know you can get Hearthstone on your android or iOS device! Pretty good laying-in-bed-not-quiet-ready-to-sleep-but-shouldn't-stay-up-any-longer entertainment :)

it appears to be available for android through amazon:

you do have to get the amazon store app first though...so im just gonna wait for google.

Edit: They just posted an updated version of the app, it's showing as compatible now.

Here, you guys can start with this if you want, there's already some review bombing going on if you want to join in the fun.

Considering that the official release is imminent, I don't really think now is the time for someone who hasn't already installed that way to go through that installation process.

Edit: It's up on Google Play now.

About 90% of this guy's posts are about the video game Hearthstone.

He's winning all right. I hear his wizard is level 27!

Blizzard has vast amounts of money and resources to fund all kinds of Linux development efforts with the coins found under Morhaime's couch. I have already paid them for these games and years of subscriptions (going back to 1994) and am less keen on paying twice for the same title. I don't have a need for native ports of these games for reasons of performance (my rig is a beast, and sc2/wow/hearthstone aren't as demanding as other games). They also already run (and as far as wine goes, they generally run well), so this doesn't get me access to blizzard games I cannot already play.

I might consider throwing money down the kickstarter hole if Blizzard announced possible Linux support for future projects. I have always been a huge fanboy.

Regarding their older games: I'd rather see Blizzard go for the lowest hanging of fruit and release Hearthstone on Linux. It already runs on Android and the Unity platform runs on Linux. Its pretty much been a year since Hearthstone was released and this small effort has not been worth their time.

I love id software and Epic Megagames for doing their ports in the past. They tried, and they did it for the love. Blizzard has chosen not to. It is an interesting signal to hear about them talking about using kickstarter to fund ports if its true, but it there is no love in this decision only dollars. I get that this is how businesses operate in the real world, and maybe its time for some dirty experiments like this to increase our velocity. Sigh.

ok, I have heard of that game but never played it. Just to make sure, check out this link and let me know this is the right game.

edit: If it works perfectly on the Asus Flip, then any chromebook should be fine.

For English version of the Google Play link: Hearthstone on Google Play

It is literally a mobile game. Or is your definition of mobile game not a game playable on mobile devices?

Sure. Evidence number 1 is the current PEGI rating (not going to bother posting a link, google is easy and quick)

Evidence number 2 is the information in a previous snapshot of the google play page, obtained through Wayback Machine ([link]). As a bonus, you can verify the most up-to-date version of that page to confirm the rating has changed.

Otherwise, the only option is to install directly to your phone from the play store, but that doesn't really help your issue.

NOTE: this will not include the extra data. You'd have to use bluestacks for something like that, and I'm not even sure if it is possible.

MODS: if this kind of thing isn't allowed LMK and I'll remove my post

EDIT: to my knowledge it doesn't work with paid apps as a pirate tool, but I've honestly never tried. help says it can't though

Looks like Shadowrun is no longer available for some reason :/

Perhaps Hearthstone or Fire Emblem Heroes could be worth looking into

The double update seems to have only affected the PC client; the Google Play Store still lists the most recent version as July 12, 2016, and my modded version still works on my phone as of right now.

Try uninstalling the app, then accessing the play store through the web, and having it remote install to your device.

If that doesn't work then you might be living in an alternate dimension. Go check an old family photo and make sure you are still there.

~~The new Android version still isn't up on Google Play, but once it is you can~~ just go straight to the app's page and it will tell you which of your devices are compatible.

I know the rules are pretty clear about that, but I just noticed this morning even Blizzard uses a P.O. box - so they must not really care. Hearthstone

Hearthstone if you're looking for a somewhat more in depth gaming experience. It's a little bit on the Pay 2 Win side but more of a Pay 2 Progress faster.

Hearthstone should be free on the Play Store, so you shouldn't have to buy it. As for how it runs, I have it on my OP2 and it runs fine. Exactly as you would expect it too with no lag

It's out, just finished downloading it about 5 seconds ago (~600 Mb)

[Edit:] Although my phone is a generation or two too old to run it very well, takes like 5 minutes to "unpack crates" when I launch it :P

How about adding descriptions to the screenshots? Similar to this one: [link]

These descriptions should explain what the screenshot is about. Right now I don't know what's happening.

This is a staple when it comes to app stores but not so sure if it is done in KickStarter. Regardless, I think it would benefit you if you do this.

Blizzard has already profited from me and probably doesn't care whether I continue to play the games I've already paid for, but we can voice our frustration at this atrocious decision to would-be customers. I had previously left some 5-star reviews. I've deleted these and/or changed them to 1-star to reflect how Blizzard's choice has affected my enjoyment of their games.

While you're at it, don't forget to cancel your Diablo: Immortal pre-registration!

Note: I'm not suggesting you go drop a bunch of reviews for games you haven't played. But if, like me, you feel like your overall enjoyment of the game has been affected, let others know about it outside of Reddit!

For anyone that is interested, here is the English link: Google Play Store

Shame the devs for ftl haven't ported it yet, can't wait though, I love that game.

Link to the game

Hearthstone is my big one. I prefer to play it on my Pixel rather than on the PC and I never thought that would be the case.

X-COM: Enemy Within plays better with a larger screen, but I hardly consider it a mobile game.

Triple Town is easily the best time waster out there and I always prefer to play grid-based puzzle games on a big screen. It looks exactly like it does on any Android phone and it really shows its age on the Pixel.

Threes! is a charming and simple time waster that scales a lot better than Triple Town does on the Pixel's high resolution display.

I've heard several recommendations for Hearthstone recently. Is this the game they're referring to?

Not sure why linkme didn't work for you

>Requires Android 4.0 and up

I'm not a huge fan of Free to play games but sometimes a game will just grab you and not let go. So here's my top 10 in no particular order.

Heres a link to it on the play store: [link]

This is complete and total bullshit from Rep. Brenda Lawrence.

She should have been playing Hearthstone [link]

Search Hearthstone, you'll find it in the Google Play Store.

Or go here on your phone:

If that doesn't work try and install it through the Amazon app store.

Well, I can't recommend any truck sims on mobile. However, a quick search on the Google Play store shows that the majority are free, so you've really got nothing to lose by trying the highest-rated ones out.

If you're just looking for anything to kill time on your mobile phone, I would opt for a game that is better suited for the mobile platform (i.e. higher quality). You really can't go wrong with Hearthstone. Another would be the pretty decent PC-to-mobile port of XCOM. They're all power hogs though, so my condolences to your battery life.

For me its hearthstone

And i do most of my pooping at work. Free toilet paper and i get paid to poop.

It's got an official link on the play store now for phones and tablets.

Downloading right now on my HTC One M7.

The new patch is up on Google Play now.

I have an S3 and it say I can download it now.

Hearthstone and World of Tanks Blitz

All the good card games that I know have some p2w aspect in them. But of course, in every card game there are a few good decks which can be easily completed with little resources.

Also, patron warrior was nerfed because it was too good.

Its very unlikely you haven't heard of Hearthstone, but just in case ... So far only for tablets, but apparently the community found some workarounds for that, if needed.