What is reddit's opinion of Lux Lite?
From 3.5 billion comments
created by @mouseofleaves 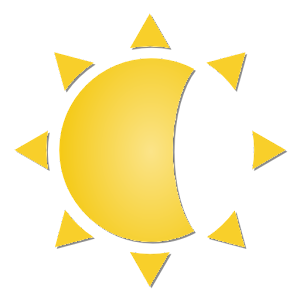 This app was mentioned in 73 comments, with an average of 2.48 upvotes

For a rooted device there's also lux, it has a very nice integration, it also covers the notification bar and the navigation bar. Plus, the blue light filtering is very well integrated, it makes very nice warm colors

For display brightness, try Lux or Lux Lite (the free version). It adds a wider range of brightness settings and can auto adjust on wake, dynamically, and there are a couple other options. It's usually one of the first apps I install on a new phone because I can't stand Google's default brightness management.

One workaround to get rid of it is to install Lux Lite, it handles auto brightness a lot better than the default system and is configurable. Using this replaces the slider with a (rather ugly) notification, you can then go into Settings -> Applications -> Downloaded -> Lux Lite and uncheck "Show Notifications"

Now you have no brightness slider and a better system for auto brightness. One downside is that you will have to close the app because Google Wallet in apps and SuperSU (just the pop up asking you to grant root permissions) will not function while it is active.

I believe Lux can do this. There is a free version you can try first.

You should check out lux. I don't think I've had my retinas burned since installing it.

With the night mode enabled I don't have any issues, even checking the time if I wake up in the middle of the night.

>It seems like people really don't give a fuck about pulling their bright ass phones out anymore. People have no shame.

I was seeing G R A V I T Y in an AMC which I paid like $16 to see in Ultimate IMAX Ultra-High-Def Real2D Whatever, and there was a guy who was on his phone for about 60% of the film. He's sitting in the front section so just about everybody can see him.

Now, I can't say I never use my phone in a movie theater. But I'll only pull it out when it's really important (RunPee is awesome), when I have Lux running so my screen is super dim, the phone is angled toward my body so nobody behind me can see it, and even then I'll only use it for 10 seconds max because I feel guilty, because I'm a human with human feelings and empathy and whatnot.

Anyway, this dude kept pulling out his phone which I swear was designed to compete with a supernova, texting and surfing the web and whatever else. And kept it out for prolonged periods of time.

About 1/3rd into the movie, a girl goes down and talks to him. I can't hear what they say, but she comes back up and the guy still has his goddamn phone out.

When the movie ends he's still on his phone, so I go down to talk to him. I can't say I remember the exact conversation but I basically said "so you just pissed off a theater full of people who just wanted to see a movie, are you proud of yourself?" And his response was "yeah whatever dog".

TL;dr: Assholes in this world don't give a FUCK.

Same here, mostly notable in darker setting with intensity set low. Seems most folks have same issue. See some using Lux app to get around it [link]

Do you know you can tweak it with the brightness bar?

Or try this one:

You might want to give Lux a try for controlling adaptive brightness. It's WAY better than stock.

I linked to the free version, which is what I use. There's a paid version with more options as well, which I'm considering getting.

I love it so much I paid for it. It really is great - different profiles, scaling settings for how dynamic it adjusts... plus you can customize each profile (or make your own).

I have a friend that made cf.lumen... honestly it is not as good IMHO.

I think it still requires root as well... The driver install was just too much of a pain.

There is a free version too, which you would have found had you spent just 5 seconds looking at the page.

And should you be very lazy, here's a link.

Maybe you could try Lux Auto Brightness to see if it acts the same. I've used Lux for quite some time and haven't noticed the same issue you're having with Twilight.

It didn't work very well for me either so I downloaded Lux.

Here is the free version.

Here is the paid version.

It has custom brightness modes which you can adjust and set as default based on your environment or time of the day.

No, different purpose. I use it to prevent the brightness from changing too fast. Like if a street lamp shines on it, it waits 5 seconds before changing the brightness. Can also map how bright it goes for what auto sense.

Lineage/CM used to come with a simple version of it built in, but Lux has always worked better for me. Set it once, use for years without touching it again. Forget its installed until reflash and can't remember why brightness isn't smooth anymore!

If you're having trouble mirroring when you're plugged into a USB charger not connected to your phone, you can direct connect to you computer, launch both apps. Unplug from computer, and connect phone to wall charger and "reconnect." At the point your phone is connected to your computer, you can click on the game with your mouse. If you were to try to use WiFi this clicking feature might not work (depending on the phone).

My phone will only trickle charge with my computer USB charging it. If I want to farm XP for like 7+ hours straight, it needs to be plugged into my official phone charger, in a wall socket. I found out this little trick by accident, and it saved my battery!

I recommend using while mirroring from your desktop. It helps to dim your phone really low, while you can still see well enough to refresh Faimon Volcanoe.

Try using Lux. I just switched to the S6 and it seemed the screen was always far too bright in all situations. Lux fixed that.

I've used Lux Lite at keilder Observatory. It has profiles for night and - it seems - cinema.

Lux looks like a pretty sweet app - not that concerned about burn-in but I often have to override the automatic brightness to turn it down in a dark room. There is also a lite version for those wanting to try it out.

I do it with Lux Auto Brightness. There's a free version able to do what I described on the play store. Basically you can tell it to set the phone to X brightness when it sees Y light level.

Some custom ROMs have this baked in too.

Never heard of that....I got it simply from the Play Store.

EDIT: My bad, messed something up. Its just "Lux (Lite)"...got a little confused. BTW, if you want f.lux functionality, there is an app called CF.Lumen.

Just a thought, you could try Lux. It let's you set auto brightness based on light levels. So, as you move from different light settings, it changes the brightness to your pre-determined levels.

Also try this i know you can change the color temp, but i dont know if it will do it automatically. Also is awesome at autobrightness

Oh, you have a Windows phone? Not sure if there is an equivalent then. This is the one I use for Android, if it helps you find something similar: [link]

Android has lux lite, if you use sleeping medication that is impaired by screen lighting I would highly recommend it. Has auto brightness adjustment features as well that are extremely helpful. Saves battery and reduces eye-strain.

Apple removed flux from the app store and later made their own version, though it is much less customizable.

Edit: added links to various apps that some people prefer.

This does it for me:

I've got the paid version, I can't remember what the difference is.

This one solves it: [link]

I don't think you can without using a 3rd party app such as Lux.

Any advantages for CF.lumen over Lux?

Lux is my favorite: [link]

Kind of a downgrade, and your brightness issues can be fixed just by getting Lux

Fair enough - it seems to work fine though. There is a free version too that you could try out.

Give Lux a try. Might be a bit overkill for what you want to do but it'll work

Lux is my favorite and it works with tasker

I've been very happy with Lux's ability to dim at night and make your own quick settings.

Lux Lite, way better than Android's default "Auto Brightness," though it's not as accurate on my Nexus 6P than on other phones.

Twilight,, adjusts the screen's red and blue levels as it gets dark so it puts less strain on your eyes.

Muzei, really good if you like different wallpapers, will switch it every few hours or whatever you set it to. You can choose the images or have it set to like /r/earthporn or whatever.

You can use this app: [link]

Lux Lite has pretty smooth transitions and seems to detect changes very well. I just installed it but I will test it today.

or just use Lux.

Yes that is the one.

From the main screen in Greenify, hit the '+' button to add apps. Add any apps you want to Greenify, and hit the 'Zzz' FAB (Floating Action Button). Greenify works better with root, and best of all with Xposed (though just root is fine). Both allow for more permissions, meaning it can kill apps it normally couldn't.

I'd also recommend ditching battery doctor, too. All it does (based on the description in the Play Store) is:

though it's the dubious claim of "Professional Charging" and "Charging Tips" that are most questionable in my mind.

Lux is my go-to to replace screen brightness, though you may want to try Yet Another Auto Brightness.

GSam is preferable for estimating time remaining, as it can also point out wakelocks and which apps are at fault with root.

Killing apps is never recommended, simply because it either has no effect or will actually decrease battery life. Either Android will kill it if you run out of RAM and need more, or you don't need to fetch assets and content when you open it again.

And Lux Lite for the poor folks.

if you want something more similar to f.lux, i use Lux Dash. it's been awhile since i used the free version but iirc it's full-featured enough you don't have to buy it except to support the developer. excellent app.