What is reddit's opinion of Microsoft Hyperlapse Mobile?
From 3.5 billion comments 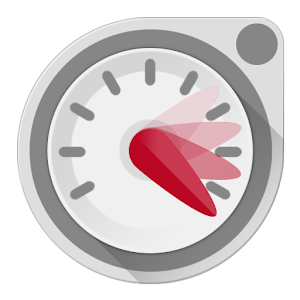 This app was mentioned in 53 comments, with an average of 10.21 upvotes

A few manufactures have patents for almost all the important elements you need for a good EIS (Electronic Image Stabilisation) algorithm. You could buy/license an algorithm (I believe Qualcomm has one that you can license) but even that is expensive.

For most people it isn't a deciding factor in purchasing a phone but a better screen/better camera is so they spend money on that.

Edit: For a novel, free and very impressive implementation (although limited to 720P (1080P on very limited phones?) check out Microsoft research Hyperlapse, set it to 1x to just use stabilisation)

uhhh... Microsoft Hyperlapse has been available for Android and Windows Phone long before Instagram's. It looks more like a research project than an actual product, but it works.

And of course Android has a low latency API for the camera and the gyroscope. They're a necessity for virtual reality applications.

it does this, and does a fairly good job at it....it also works great for moving time laps videos (its original reason of being)...but saving/playback at original speed has the same effect

That over exposure shot at the beginning intro, any way I can get that for my desktop background? btw Are your videos just sped up? I'm curious to know if you used Hyperlapse as an option?

Yep - it was around before Instagram, and I think it stabilises better personally. Link for the Play store is here: [link] but on iOS just search for Microsoft Hyperlapse

I wonder what would be better on the 6P.

Someone care to try it out?

No worries mate, You can find it from here: [link]

Pro version is $50 for windows or mac, you can try it for free (with a watermark)

it seems to be completely free for android, I am unsure if it has limitations: [link]

I have a hyperlapse setting on my phone, which may or may not have image stabilization built in. So this is original footage, with just then music added in the background. You might want to try the Microsoft Hyperlapse app if you don't have hyperlapse built into your phone.

Protip; always save in 1x speed. Because it does not save the raw files and if you want to go back and save at a different speed, you are limited by the saved video.

Oh, also it takes a long time to save and if you leave the app while it's saving the video will be lost.

No its not possible with the stock camera app. You can download other apps where you can set the interval and duration.

Here you can check out the app [link]

I read about an app called Microsoft Hyperlapse that is supposed to be pretty good, although I haven't ever used it.

I think I recorded for around 2-3 hours. I wasn't plugged in, but I probably would with an older phone.

Adobe puts out products on Android, though admittedly it's damn hard to keep track of which Photoshop-named thing is which. Never even heard of Paper. There's a plethora of damn good Twitter clients on the Play Store, take your pick. As for iMessage, you can blame Apple and/or use either Signal or Hangouts, depending on your needs. For every given reddit client even worth noting, there will be at least one person saying it's the best period, and at least one person saying it's actually quite bad. Hyperlapse, do you even do your research?

BioShock is a version inferior to even the console editions, and kinda got abandoned and subsequently pulled from the App Store. Core games don't even belong on mobile, and both the big-name mobile games and the worthwhile ones are pretty nicely comparable in both ecosystems. Clash of Candy Game of Rope War Slots, Hearthstone, Monument Valley, Minecraft PE, Sorcery! Sure, iOS has some good exclusives, but those are on every platform. I'm happy with Pixel Dungeon and the places modding takes it.

I don't know why Microsoft would limit an Android app to a specific (competing) manufacturer. The website says it is compatible with Android 4.4+; no mention of any device specific limitations.

It may work trying to use it through Wine or a windows VM. The android app works pretty well too. Hyperlapse works best with time lapse videos

They have an Android version as well - [link]

It took a bit long, but definitely worth the wait. The videos come out super good and you can change the speed after it's done sorting the video and before saving to what speed you actually want.

How does the package name import work? Having both com.microsoft.hyperlapsemobile and [link] on my clipboard doesn't work (No new ids found in the clipboard).

edit: and entering the package name on the search field gives me "No results"

Direct link to the actual app

I know it's not stock, but this works well for time-lapse videos:

HyperLapse from Microsoft is really good.

I've used it a few times and it works very well.

Linkme: Microsoft Hyperlapse is quite good.

This is the right one Microsoft

Maybe import it into hyperlapse to smooth it out?

Check out Hyperlapse by Microsoft.

hmmm Microsoft has one, I bet it's really good [link]

Maybe this Microsoft Hyperlapse on Android?

microsoft's hyperlapse is pretty good, worth a shot anyway:

I wish stock camera had the ability. I use Hyperlapse from Microsoft [link] It is very simple and works well for me.

You could try feeding that raw recording into a time-lapse editor, such as Microsoft Hyperlapse:

Also there's a mobile app, but not sure if it will work with all 48 hours of recording.

It would be awesome.

I think not, you can try this app also: [link]