What is reddit's opinion of Android Pay?
From 3.5 billion comments
created by @mouseofleaves 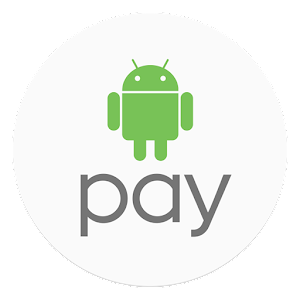 This app was mentioned in 51 comments, with an average of 2.76 upvotes

Canada here. Was able to add my PC financial MasterCard. ACU MasterCard and my debit card didn't get accepted. I went to this link to download the app [link]

It does. I currently am using it on my VZW Note 4. Google Wallet is now just a glorified money and payment tracker, while Android Pay is the actual NFC payment part. [link]

Today's the day, multiple articles and a new app: [link]

In the play store it shows Google Pay, but when I open the app it still shows Android Pay. So it's not 100% switched over yet.

PS: Here's another response by Google to a Android Pay user with the same comment about OnePlus: [link]

Actually, looking through the reviews from OP3 users I find that Google have made the same response a few times, since 13-Dec-2016.

If you were using it, you'd probably know. :) NFC ("near-field communication") allows your phone to read and write small inexpensive NFC stickers, which can be used to perform specific actions on your phone when you swipe it near them. For example, you might have one in your car that automatically puts your phone in hands-free mode, or one on your stereo which automatically opens your music player. You can also use it with Google Wallet to pay with your phone at retail locations that have NFC readers (mostly gas stations and fast food restaurants). I don't really use it but your habits might be different.

What country are you in? That has a direct impact on availability. This is, in fact, the Google Wallet app. [link]

I use Google Pay. You can eliminate most rewards/loyalty cards that way. When you need the card just open app and it will display a barcode. There are only a few cards that I need to carry because the store/gas station readers don't scan then well. Also most places allow lookup by phone number if app doesn't work.

You should be able to use the Android Pay for this. You can scan your cards into the system. So long as they have a barcode. Just make sure the resolution on your screen is good enough for you to scan it back off of.

Android Pay has been unreliable on the OP3 since early/mid December 2016. Google have stated that it is "due to a configuration choice made by OnePlus". See Google's response to the review comment at [link]. OnePlus need to respond to this statement asap.

Android Pay has been unreliable on the OP3 since early/mid December 2016. Google have stated that it is "due to a configuration choice made by OnePlus". See Google's response to the review comment at [link]. OnePlus need to respond to this statement asap.

I don´t have Google Pay.

Never seen this, I think here in Europe is not very used, and on top of that, my phone does not have NFC so I think is not even worth to try it.

I have just seen the assistant within Google Allo if I remember correctly...

If you have an Android phone, you can probably use Android Pay and type in the numbers yourself, and it should show you the barcode. The Wallet app on iPhones might to the same thing, I'm not familiar with how that works.

The barcode simply contains numbers, so you can even use somehting as simple as this text to barcode converter.

Android Pay will also save loyalty cards if you don't want another app on your phone. I don't know about Apple Pay

That's weird, I'm in Czech, but was still able to install and run it, I have it on right now (even though I can't use it for payments, I was curious). [link]

Because you're using Android Pay, we're talking about Samsung Pay which is different.

"This app is incompatible with all of your devices."

I just installed the android pay from the play store and it worked...at least I can add cards but I haven't used it for payment yet...not even sure if any shops here support it.

Here's the play store link that I got the app from

> Google Wallet - So I can always think about using Tap To Pay and never do because i'm worried it wont work and ill look the fool.

Same reason I don't use it unless I know it'll work, like the vending machine at work.

Download the Google Wallet app and set it up, you will have to add a credit/debit card and then set up Tap To Pay. Once you do you can tap your phone to an NFC terminal and it will charge the card linked to your account.

I made the switch a year or so ago, it was a bit confusing for me. Hopefully this post will help out!

I haven't seen anyone make a direct Apple ---> Android apps conversion. When I went from iOS to Android last year I was a bit overwhelmed. So here we go, (assuming a default basic launcher, Android 5.1):

I can see it on the Play store but it's showing as incompatible with my devices... I have the Moto X Play

> However, to my understanding rooting devices void warranty, and because the S6 is a fairly expensive device I would prefer to have warranty on it. What I am unclear on is whether unrooting (this is a thing right?) a device will bring back warranty coverage in the event that I do need it.

For most devices, it's true that unrooting will bring back warranty coverage, as long as you can remove all traces of having root access in the first place.

For Samsung devices, Knox prevents this. Knox is a hardware counter that gets tripped if ANY modifications are made to the System partition. Even after you unroot a Samsung, Knox will remain in its tripped state, letting the manufacturer know that you made modifications to the firmware at some point. So far, there's no method that can reset the Knox counter on Samsung devices.

> What is the difference between these two rooting methods: Chainfire and Droidviews

One can be flashed via Odin in Download mode (CF Auto Root), the other (SuperSU.zip) is meant to be flashed with a Custom Recovery. Both root tools are made by Chainfire, so Droidviews is just reposting his work and shouldn't receive any credit for creating the method.

> Additionally what is Samsung Pay? Whenever I Google it I just see articles about when people hope it will be implemented or if rooting will disable it.

Others have explained Samsung Pay, so I'll skip to the part about how root will prevent it from working. Knox isn't just there to prevent you from modifying your phone, it's there to ensure that your phone has no security vulnerabilities. If you were to modify your System partition by rooting your device, Samsung can no longer guarantee that the security mechanisms that it put in place are still effective. So Knox is there to let other apps and services know that Samsung's security mechanisms are still in place by reporting that its hardware counter has not been tripped. In the event that the Knox counter has been tripped, it will inform apps like Samsung Pay that they are running on a modified system with potential security holes (not that there would be any, just that it's possible). In all likelihood, since Samsung made Knox to detect potential security holes, and Samsung is making Samsung Pay (which will house information about your bank accounts and credit cards), Samsung will see to it that Samsung Pay checks the Knox counter to see if any System modifications have been made before the app will run.

EDIT: I'll also mention that I rooted my S6 Edge even though I knew it would most likely prevent Samsung Pay from running on my phone. I did this because A.) Samsung Pay still doesn't exist; and B.) Google Wallet will still work on a rooted device where Knox has been tripped. Google Wallet won't allow you to use your phone to pay at a credit card terminal without NFC capabilities like Samsung Pay will, but it works anywhere that Apple Pay works.

It's likely already installed on your phone.

You can go directly to the Play Store listing here:

Note: It is a new app, and will NOT erase your old wallet app.

According to AP, the old app will probably soon update to become android pay: [link]

Google pay is free. We use it every month for our college kids.

What about Android Pay? I have my grocery store card on there, and it works fine.

The link in the email just goes to [link]

I have an O2 LG G5 and I was able to download it and use it this morning: [link]

I just went to this link and clicked install. Odd.

I haven't seen anyone make a direct Apple ---> Android apps conversion. When I went from iOS to Android last year I was a bit overwhelmed. So here we go, (assuming a default basic launcher, Android 5.1):

That should cover most things, all the issues that I ran into anyways.

It's the old google wallet app.

You'll need to update your play services to use it.

OP are you carrying a lot of rewards/club membership cards? If so- download Google Wallet. You can scan in or manually enter your membership numbers and then you don't have to carry them anywhere!

I switched to Google Pay from KeyRing.

Google Pay is nice, however if you have a local loyalty card not in their database; there is no way to input the info. Hoping this is fixed in next release.

I'm not sure how the words in the body of your post relate to Android Pay...but for everyone else I found the app here:

Couldn't see it on the Play Store, probably because of the issue below.
I just Googled it (duh) and found the Android Pay website.
And from there, the Play Store link.

And my M8 is incompatible because – I don't know – it lacks a thumbprint reader? I applied HTC's Marshmallow update?
Bugger.