What is reddit's opinion of Too Good To Go - fight food waste, save great food?
From 3.5 billion comments
created by @mouseofleaves 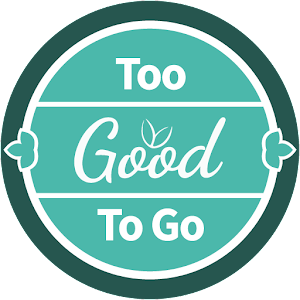 Too Good To Go - fight food waste, save great food

This app was mentioned in 16 comments, with an average of 38.50 upvotes

In the US, the app only works in Boston and NYC as of now.

I am a real fan of the app "TooGoodToGo". Restaurants, bakeries and others will prepare "surprise packs" with the food they don't sell in the day and give it for 2'99€ - 5'99€. There are good and bad places, but you find really nice businesses trying to send less to trash and more to the people.

I'm in Spain, but would be surprised if this is not working in EU/USA/AUSTRALIA:

In the UK (not sure about US) we have this app called Too Good To Go where you can buy the food that otherwise gets thrown out. I've had some amazing meals at a fraction of the price they would have normally cost me.

Okay no problem - is this a permanent move?

If so, I would recommend downloading as many m-t-t-m podcasts as possible & make notes.

Also - you can save money with Too good Too Go.

I heard there are apps now that'll save you from diving in the dumpster��? Like too good to go or olio.

I’ll focus on Oslo. Okay. first thing. I hope you haven't booked a hotel yet since you can be done with Oslo in a day. I say this as a born and bred native of this town. I love her but for a tourist she is not that interesting. Also, hotels are bloody expensive.

I’ll give you a suggestion for what could be your itinerary here.

From the airport to the central station would be about twenty minutes. Take the regular train NOT Flytoget. Cheaper and takes the same amount of time.

Once there find the baggage lockers and stash your luggage there. Not sure about the prices but i’m guessing no more than 100kr for the day.[link]

From there head out the main exit, there you’ll see a clock tower. At the base is the entrance to the ticket office. Buy your passes there. You can also get maps and ask for direction there. I actually recommend that you buy the 24 hour regular busspasses rather then the Oslopass. These passes can be used on all busses, trams, boats and trains in oslo.

I suggest this since there might only be two museums that would actually be interesting from a tourist standpoint and that would be:

They are one busstop away from each other.

It might be a good idea to hit up the vikingship museum first since it is summer and busloads of tourists will probably make the wait a bit long later in the day. The folkemuseum is essentially a big ass fenced park where they've literally taken a bunch of houses and a church or two, from different historic periods from around Norway and reassembled them there.

If you want some sculptures you can of course visit the Vigeland park / Frogner park where you can find the iconic angry baby statue and the naked people monolith, but I would also suggest Ekerbergparken. It is a tram ride away from the central station and will give you a nice view of the city. It is also said that Edvard Munch found his inspiration for The Scream on one of the roads up that hill.

It is expensive. Really expensive, a beer would at its cheapest be 10$ unless you go looking for the dingiest pubs out there. You would also have a hard time to find any meal worth eating for less than 15$. So I highly recommend the app Too Good To Go It is an app that allows you to pick up food from restaurants and the like for tickets priced at max 35 kr =4$ right before closing. [link]

The ones I’d recommend you buy that would be the most useful to you would be the ones with the address jernbanetorget 1. They are a stone throw away from the lockers in the central station(oslo sentralbanestation/jernbanetorget).

Flavors Foodmarket will give you a bag of baked goods for 1 ticket. Sometimes you’ll hit the jackpot and get enough to last you a week. 19:45-20:00

Yo!sushi will for one ticket usually give you a small serving of sushi(4 pieces with a side dish). They also tend sometimes to close earlier than what is listed in the app. 19:00 or 20:00(7 or 8 pm) rather than at 21:00-21-20(9 pm). They’ll send a text message to let you know. If you are just a bit peckish one or two would suffice for one person.

Sputino will give you the option of a hunk of focaccia or a big slice of pizza. Margarita and aubergine are usually the types left. They’ll offer to heat up the pizza slices. 22:45-23:00

Flavours, Yo!sushi and Sputino are about 10 meters apart from each other.

Other ones that are just up the stairs are Upper Crust and Yam Yam. I haven't’ tried those yet. Yam Yam will give you sushi as well. I’m not sure but i think they give out larger servings than Yo. Upper Crust gives out baguettes and/or other baked goods

I’ve also noticed that a hotel(Thon Hotel Vika Artium, Munkedamsveien 45) have started to sell tickets to finish off the the breakfast/lunch buffet at 11:10-11:25(AM)

With this app it is important to be on time since the times listed are just before closing and they won’t wait for you. Also if you are not there first thing you’ll get last pick. Another tip.Buy the tickets as early as possible. The best ones will most def be gone by 7 AM.

There are places that will close in the afternoon as well so you could perhaps use google maps to find your way and do a bit of exploring that way.

The cheapest fare to Bergen would be to buy a ticket online for the night train at Miniprice, there are a limited number of them. Right now they go for 249 kr. The train leaves at 23:25 and arrives in Bergen at 06:51 link,hope this works You can also pick your seats so you can sit together and possibly share a table, not sure about the table tho.

Prices for the entire thing:

Edit: Damn formating and to add:

I forgot the fortress over looking the fjord. Akershus festning. A hour long or so stroll in nice weather could be interesting. no entrance fee.

From Bergen you could take the Hurtigruta and see the fjords that is on all the postcards. [link]. Never been so someone else might tell you more.

AIso, if any of you guys are students and have a valid student pass/card something that you can use to prove it you'll get discounts on entrance fees and transport.

Here it is [link]

Too Good to Go

Too good to go is worth a look