What is reddit's opinion of Alfred Home Security Camera?
From 3.5 billion comments
created by @mouseofleaves 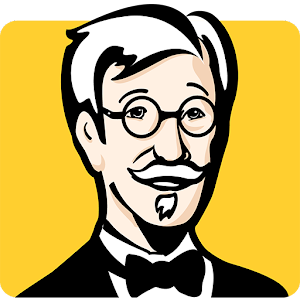 This app was mentioned in 57 comments, with an average of 2.60 upvotes

You can also pretty easily convert an old smartphone into security cam. I used Alfred when I needed it and can recommend it. https://play.google.com/store/apps/details?id=com.ivuu

Can you try with this app ?
NeedSomeMilk is right, cloud stream is the was to go, you will get the video or at least see him trying to catch your phone. It also have a lock option to prevent him to stop the app.

Wow that's nice. Didn't know so many apps exist for this.
There is this guy that is free, you install it on both phones, and it alert you when motion happened and can save the video during the event.

I use Alfred [link] With some of my old Phones, got 3 setup to keep an eye when were not at home. Has push notifications when something happens so i dont have to watch it all the time. Edit: it also supports remote speech so you can tell your dog to relax :)

Find or borrow an old Android smartphone, head to the Google Play store, and download/install this app:

Then find a way to conceal it near your problem spot and set it to record. Your current phone can act as a viewer. Set it to record motion events and hopefully, you'll bag your thief.

I haven't done this with a phone, but I have a very cheap and very crappy android tablet that I used to use Alfred on and it never got any hotter than normal

While not perfect it works pretty good. I put my note 2 on a charger and in a cup. It just needs to connect to wifi and have the app installed. I also have it one the note 4 and that one works as a receiver. It notifies me on movement and allows some operations like switch cams, send audio and turn on flash and a 'nightvision' mode. This is the app I use.

If you have any old phones laying around and Wi-Fi connection, there's a free app in the play store called Alfred Security that you might wanna check out. Link below

I used to use Alfred more than a year ago and it worked surprisingly well. It requires a sign in to a Google account by both the camera and viewing device. You are able to view the feed via Android, iOS, and/or browser. The only issue I ever had was the camera would occasionally cycle off but could easily be restarted from the viewing device.

I remember testing out a few similar apps found through a simple playstore search and most worked better than expected. For what it's worth the phone I used as the camera was always connected to wifi and not tested on a mobile data connection.

If you've got an extra android phone, the play store has an app that will act as a surveillance camera. Icon looks like Jeeves the butler, called Home security cam: Alfred. It is less of a hidden cam solution and more of an innocuous hiding in plain sight one.

Just to update, while i have tried many apps and combination of apps, some come close to what i want but for a monthly subscription, but the best free option at the moment is to use Alfred Video Surveillance Camera for sending alerts upon motion, at which point i can remotely view the front or rear camera, and then if required track the phones GPS using Google Find My Device. I am still open to suggestions and hopeful to find a better option, but for now, as long it everything keeps working, this is a good combination for free.

I used this one before my tablet got stolen [link] The short time i useit i really like it, check it out and i hope you like it, i had mine at work but i should hide it more.

If you have an old Android phone laying around you can use the free Alfred app. It will send you a notification on your personal phone whenever there is movement. Paid version does HD video but I just use free.

After trying several others, I found Alfred. It just works like its supposed to. You login with your google account both on the camera phone and on the viewer phone or tablet, then you can just open the app and see whats going on at any time. I really like the feature where it asks if you want to turn on or off motion detection when you connect or disconnect from your home's wifi.

alfred is what i use- it may not be as pretty as this but I can confirm it works flawleslly.

Download this on 2 phones and make it a security camera. [link]

There's an app called Alfred that turns an old phone into a motion-activated camera. Put one in a window so he can't destroy or steal it.

> Verizon is offering me $80 for a trade

Why trade it in or sell?

Thanks to its wide feature-set, the V20 can still be very useful as a non-daily driver:

This one works well - Alfred

Cheaper alternative is if you have any old android phones lying around, you can also install the app alfred. Also has two way audio!

Was very happy with it

Home security cam using an all-in-one app like Alfred or by rolling your own using IP Webcam and TinyCam monitor.

I assume this is the product you are referring to. [link]

Alfred, hands down.
Edit - assuming video will suffice or exceed your needs

TIL Japanese 7/11s have copy machines!

Update: my landlord was coming to my house all the time and entered my room. Was told he's old and probably speaks poor English so nothing to be done. Anyone ever actually have any luck enforcing their rights as gaijin?

> Hi, > > I posted previously about my landlord invading my space. I contacted every number I found/was recommended, and it was all a fucking frustrating experience that resulted in the conclusion that, because the man is old, he probably only has good intentions going into the room of a single woman who lives alone in a house. > > And because our agreement's in English, he's excused for having "poor English" and "being confused" (because he's also old) about what he agreed to. I did set up my spare phone as a security cam in my room, but when I came home the video was gone. > > It's been really hard dealing with this and looking for another home for reasons but I'm trying. In the meantime I'm trying to understand this shit, I guess so I can avoid it in the future. So old Japanese people are exempt from the law? Or is it just because I'm a gaijin? I keep hearing about strong tenant laws in Japan so why do they not apply to my case? WTF?! > > Edit: thanks for your replies! I should mention that the situation has triggered my PTSD really bad, so it can be really hard for me to think straight. Here are the orgs I've contacted (there could be more but I can't remember now): > > * The police (said it wasn't their domain) > * Humans Rights Association (don't even remember what they said exactly but they were useless) > * Japan Legal Support Center (Houterasu) (still dealing with them, can only make an appointment for mid-September) > * Ward office (said it wasn't their domain) > * Shinjuku Foreigner Helpdesk (I think that's what it's called) (not their domain) > * Consumer Rights (concluded "old"+"confused")

>+ EDIT 2: thanks to u/Wisterjah for suggesting that Alfred app. Easy to install, and now I can have it on film.

>+ Thank you all for your support! Hopefully I can move soon.

thank you, thats the app here i found the play storel link [link]

Plug it into a charger, connect it to your wifi, install Alfred and use it as a cheap home security camera.

Alfred might do it. I haven't had it loaded in a while.

Yes I have and actually there's ab app named Alfredo which does this (doesn't have Telegram option).

I used mine with Alfred as a security camera. Had it mounted on a wall looking at my front door and driveway.

I googled the app up and all I can find is a security camera related app? [link]

So using the phone as a remote security camera?

I ended up installing a dedicated system, but I did play around with Alfred a bit, and it seemed pretty solid for what it was.

I second Alfred. It's worked like a charm for me. Here's the link.

If you're on Android, try Alfred